The New Orleans Saints were missing a bunch of injured key players when they played at Carolina on Sunday afternoon.

A bunch of assistant coaches didn’t make the trip because of COVID-19 protocol.

The Saints, three weeks into their exile to the Dallas – Fort Worth area because of Hurricane Ida, were thoroughly whipped in a 26-7 loss.

“It had nothing to do with us being short-handed with coaches or us being away,” head coach Sean Payton said. “Those would be excuses.”

NFL coaches don’t accept excuses – nor should they. They get paid to get their teams to perform to the best of their ability regardless of circumstances or challenges.

They train themselves, their staffs and their players to refuse to accept excuses. And well they should. Only bad things can come from accepting excuses.

Those absences were undoubtedly factors in the Saints’ desultory performance, but they are not excuses for it. Nor is the ongoing displacement that’s scheduled to end in one week.

The biggest factor in the Saints’ loss was the undeniable fact that the players that did play and the coaches that were on hand performed poorly against a better prepared, better coached, sharper, more passionate and more confident opponent.

There is no point in scrounging for silver linings or bright spots or any semblance of positive spin because there were none. Nada. Zip.

“It was the exact opposite of last week,” Payton noted.

If you want to split hairs you can say the defense was not as bad as the offense because it wasn’t. But it wasn’t good enough – not nearly good enough.

It was merely less awful that the really, really awful offense.

They had a smart game plan. They dominated time of possession. They had excellent run-pass balance. Their excellent run defense set up an excellent pass rush. Ultimately they made the opposing defense wilt in the heat, just as the Saints did to the Packers in the home-away-from-home game in Jacksonville , Fla.

Panthers offensive coordinator Joe Brady did to the Saints defense what Sean Payton and Pete Carmichael did to the Packers.

In fact, Brady, the former Saints offensive assistant and LSU passing game coordinator, demonstrated growth in the second game of his second season as an NFL coordinator.

He didn’t focus on the four- and five-receiver sets that were the hallmarks of the offense that helped LSU win the CFP championship two years ago.

He recognized the Saints’ limitations and wisely chose to balance an efficient passing game and a commitment to establishing a consistent running game. The result was a versatile attack that set the tone for a one-sided game.

Brady’s plan and play-calling created a comfortable circumstance for Sam Darnold to operate from and Darnold thrived.

On the other end of the field Jameis Winston was never allowed to be comfortable.

The Saints couldn’t run the ball and they couldn’t pass protect, so they were always behind schedule and Winston was always under duress.

Winston shouldered some of the blame for the pass-blocking woes from a unit that was missing starting center Erik McCoy but had played very well after McCoy was injured at the outset of the game against Green Bay .

The quarterback said he has to “get us in better protections” and “communicate better.”

It’s easy to say Winston, who was ultra-efficient in throwing five touchdowns and zero interceptions against the Packers, reverted to his turnover-plagued five seasons with Tampa Bay after he threw two interceptions and zero touchdown passes Sunday.

Winston acknowledged that his interceptions “came at inopportune times” and that he has to “make good decisions” no matter how desperate the circumstances.

But this wasn’t a turn-back-the-clock moment for Winston. If he consistently makes poor decisions and turns the ball over an unacceptable number of times under less desperate circumstances going forward, then we can invoke references to his Buccaneers career.

Sunday, though, was a case of his struggling under circumstances that would have caused struggles by virtually any quarterback to ever take a snap.

Winston reacted poorly to difficult circumstances, just as his teammates did, just as Payton did, just as the remnants of Payton’s staff did.

It was a very bad day at the office for all of the Saints.

It’s reasonable to expect that they ultimately will settle somewhere between their first performance and their second performance.

That doesn’t tell us much about where this team is headed because it merely means the Saints won’t reside in either the NFL penthouse or its basement.

We’re on to New England. 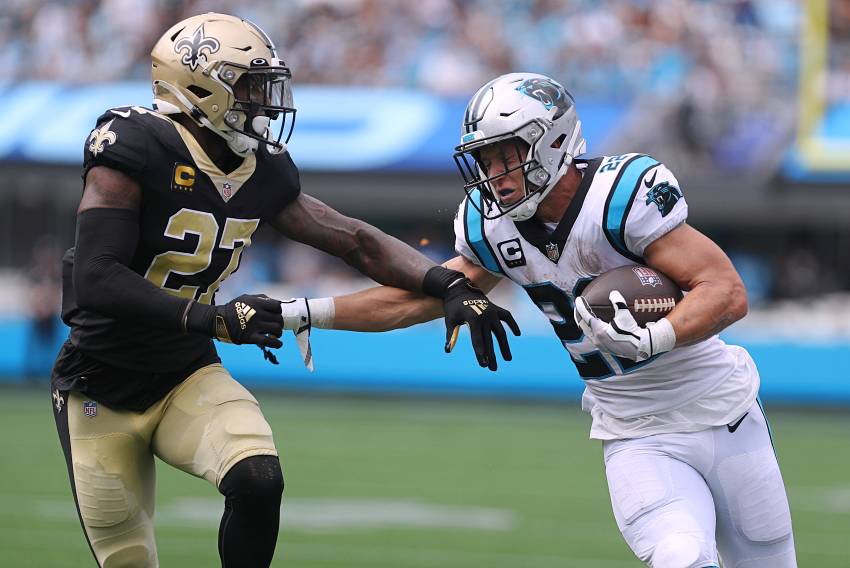 Saints mounting issues catch up with them at Carolina

Last week, the Saints were allegedly going to the Super Bowl after a surprisingly easy rout of Green Bay.