Saints answer questions about depth in destruction of Packers 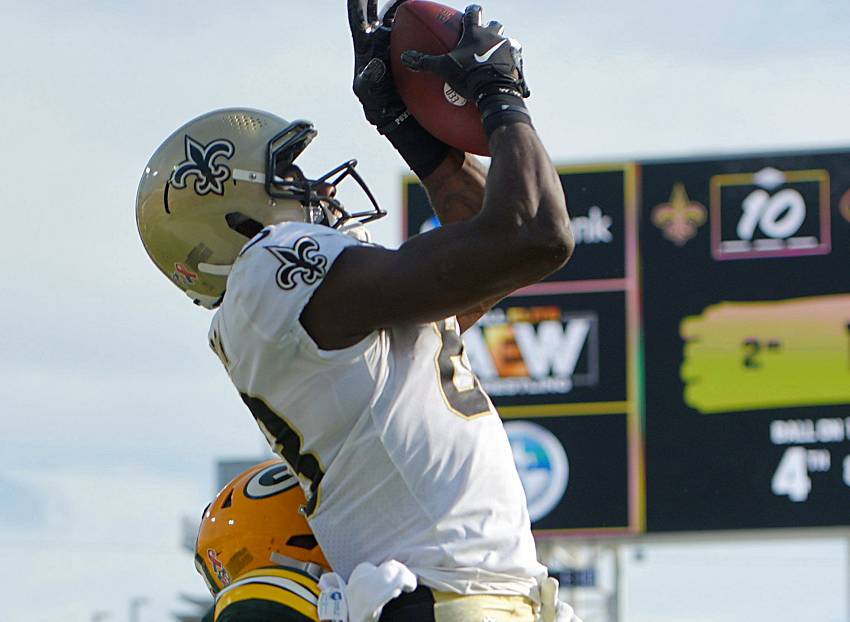 It was a genuine concern.

Any team that loses the likes of Alex Anzalone, Drew Brees, Malcom Brown, Michael Burton, Jared Cook, Trey Hendrickson, Josh Hill, Janoris Jenkins, Thomas Morstead, Latavius Murray, Sheldon Rankins, Craig Robertson and Emanuel Sanders is going to have serious questions and a lot of work to do to mitigate the losses, not so much for Anzalone and Robertson but certainly for the others.

Then, you were without starters Wil Lutz, David Onyemata, Tre’Quan Smith, Michael Thomas out injured.

Then, you lost starting center Erik McCoy in the first series of the game.

Then, Marshon Lattimore injured his thumb and was out to start the second half.

The depth at defensive end is so good that first-round pick Payton Turner was inactive and not needed. Of course, a first-round investment will be counted on to be a prime contributor.

Everything about the 38-3 destruction of the Green Bay Packers was enormously impressive for the New Orleans Saints.

The most impressive aspect is how Mickey Loomis, Jeff Ireland and Sean Payton and his staff, at least for one week, showed how to slash a roster of talent in deep fashion, slash payroll in deep fashion and continue to compete and even excel in deep fashion.

Brees is one of the all-time greats in NFL history.

It had been proven, of course with a small sample size previously, that the Saints could win without Brees, going 8-1 with Teddy Bridgewater and Taysom Hill running the show.

Jameis Winston was not asked to win the game in Jacksonville and that is great.

The Saints are not overly talented at the receiver spot but they are immensely talented up front and at running back.

As I have railed on daily for many months now, the Saints should run the football more than they throw it in 2021, taking pressure off Winston and playing to its strength.

That is exactly what happened Sunday and Winston played a large role, extending plays by running for first downs four times.

Winston did two things that Brees could not bring to the offense, including making plays with his legs and making the deep ball throw of 55 yards to Deonte Harris for a score.

Of course, this is not to suggest that Winston is better than Brees or even close to being the player or reaching the stature of Brees.

Rather, it is to suggest that Winston is a better option, at this stage, than Brees was at the very end of his career.

The Brees of 2020 until he was body slammed against San Francisco was good enough.

The Brees after the 49er game was not.

Brees even commented on the deep ball being back on NBC, crediting Winston, whom he keeps in touch with, while disparaging himself in self-depreciating fashion.

No one has to disparage what Brees accomplished on the field. It was brilliant.

In a world where second chances are needed by everyone, Winston is poised to take advantage of his. The first edition was excellent.

Tony Jones Jr. showed he is capable of handling the second running back spot.

With McCoy hurt, Cesar Ruiz moved from right guard to center and handled the position in flawless fashion. Center is the natural position for Ruiz, the one he was playing at Michigan when drafted by the Saints.

Calvin Throckmorton stepped in at right guard and did an admirable job.

At wide receiver, Harris stepped in and stepped up to make a big play.

Kwon Alexander, amazingly, returned from a devastating injury and made two plays on the opening series.

Tahon Kpassagnon was excellent at defensive end while Cam Jordan got consistent pressure on Aaron Rodgers.

Zack Baun continued his fine play from the preseason to lead the team in tackles.

Marcus Williams made great reads and made a big play.

Rookie Paulson Adebo not only held up well but was in on three tackles, had a big interception and had another pass defended.

Newly signed Desmond Trufant filled in for Lattimore when he was out and did his job. Don’t forget that more help is on the way with Bradley Roby next week and he is needed as Lattimore injured his thumb and will be week-to-week.

Albert Huggins, elevated to the active roster a day before the game, had three tackles and a hit on Rodgers.

Christian Ringo played effectively in the defensive tackle rotation against the team that drafted him while Shy Tuttle was solid in the rotation as well.

Taysom Hill was used as a blocker on offense, a running back, one play at quarterback and he returned to punt coverage teams. Give Hill lots of credit. It had to be crushing not to win the starting quarterback job but he is the consummate team player, as he has been since arriving in New Orleans.

In the kicking game, Aldrick Rosas drilled a 44-yard field goal, made all five extra points and kicked all but one touchback.

Blake Gillikin, in his NFL debut, averaged 51.5 yards on two punts, including one downed at the 5-yard line.

Now, the Saints must put the big win away and focus immediately on a division rival in Carolina, at Charlotte next Sunday.

The Panthers, with Sam Darnold at quarterback, are also 1-0 after holding on for a 19-14 win at home over the Jets.

Darnold passed for 279 yards and a touchdown with no interceptions and ran for a score in his debut while Christian McCaffrey, a brilliant player, accounted for 187 total yards rushing and receiving. DJ Moore and Robby Anderson are threats on the outside while former LSU star Terrace Marshall had three catches for 26 yards in his NFL debut.

Sam Darnold with a DEEP pass–connects with Robbie Anderson for a 57-yard touchdown to give the Panthers a 9-0 lead… how much do you think they enjoyed scoring that one against the #Jets? Robbie appears to #TakeFlight to celebrate the TD… ✈️ pic.twitter.com/RXSqCrPlEw

In 2020, the Saints were able to mitigate a ton of injuries and COVID related absences with tremendous depth to be an elite team which beat Tampa Bay twice but fell short in the playoffs.

In 2021, the Saints mitigated a ton of injuries and absences in week one with surprisingly solid depth.

Can it be an elite team this year?

It is too soon to tell but perhaps this team is better than many felt, including myself, and that is refreshing to say.

When you drill down to the basic qualities of any championship team in the NFL, good coaching, a few elite players, a core of solid players and true depth are what define that group.

Alvin Kamara, Ryan Ramczyk, Terron Armstead, Michael Thomas, Davis and Lattimore have the ability and have been elite, at times, if not most of the time. Jordan is still a force.

Sean Payton is among the best coaches in the league and he has a solid staff.

After one game, the depth, thought to lacking, if not sorely lacking entering the 2021 season, appears to have been found, on sound ground.

Now, let’s watch New Orleans continue to pound the rock in the quest to be SoFi Stadium-bound in the other LA in February as a team of depth and with needed depth.