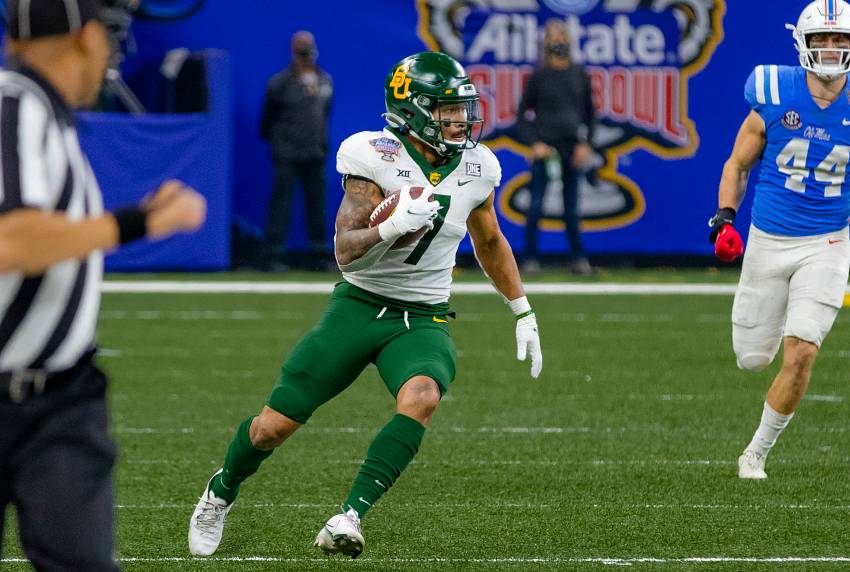 After selecting five players, the Saints secured deals with the following rookie free agents after the 2022 NFL Draft:

New Orleans natives C.J. Holmes, a safety from Jackson State, and Brother Martin alum Bruce Jordan Swilling out of Georgia Tech, as well as ex-LSU wideout Dee Anderson from Alabama A&M have also been invited to rookie camp for a tryout (per Nick Underhill). 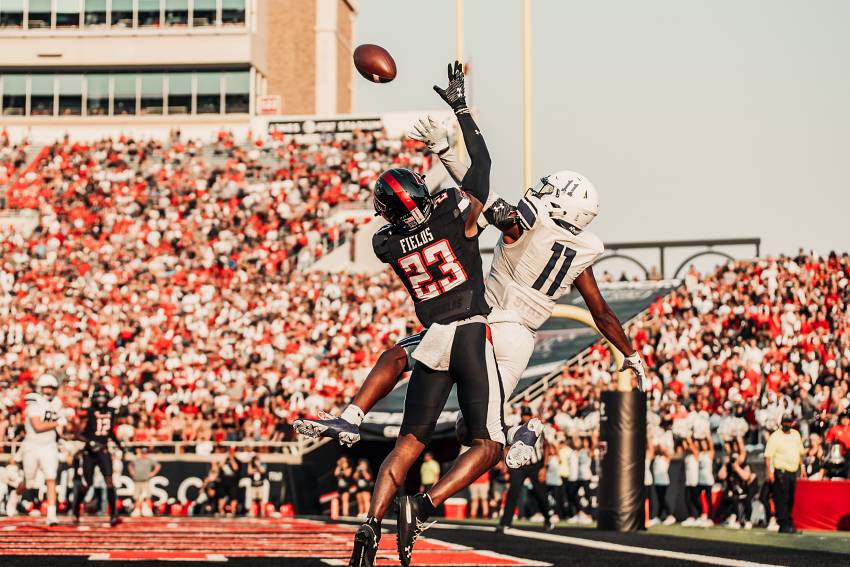 Saints Agree To Terms With 17 Undrafted Free Agents
For Immediate Release: Sunday, May 1, 2022

Fields, 6-0, 200, was a five-year letterman for Texas Tech, who played in 55 contests and started a school-record 49 career games in college and ended his Red Raider career with 224 tackles (182 solo), 13.5 tackles for loss, four interceptions, four fumble recoveries, four forced fumbles and 45 passes defended. He was ranked second among FBS players at the end of the season for career passes defended. The Taylor Texas native’s 45 passes defended marked the most for a Red Raider over his career dating back to 2000. As a super senior in 2021, he played in 12 games with 11 starts and totaled 50 tackles (41 solo) from his cornerback position, including four that went for a loss and also recorded one fumble recovery and a team‐leading 11 pass breakups, earning second-team All-Big 12 recognition. As a senior in 2020, he played in eight games with six starts in a college season abbreviated by COVID-19 and totaled 31 tackles (28 solo) on the year, including one that went for a loss, to go along with a forced fumble, a fumble recovery and a team‐leading 11 pass breakups, as he earned conference honorable mention honors in a vote by coaches.

Gray, 6-2, 192, was a four-year letterman for Michigan, where in 35 career games with 21 starts at cornerback, he tallied 91 tackles and added 5.0 tackles for loss, one sack and 16 pass breakups. In 2021, the Rochester Hills, Mich. native was voted by Big Ten Conference media as a third-team selection, when he started all 14 games and registered 46 tackles, 3.5 tackles for loss, one sack and eight pass breakups, setting career-highs in every statistical category as the Wolverines reached the College Football Playoff.

Koerner, 6-0, 204, was a four-year letterman and three-year starter at free safety for Iowa, where he totaled 217 career tackles, 6.5 tackles for loss, six interceptions, ten passes defensed, one forced fumble, two fumble recoveries and one blocked kick. As a senior in 2021, the Des Moines, Iowa native posted 89 tackles, 3.5 stops for loss, two interceptions and three passes defensed, as he earned honorable mention All-Big Ten by league coaches and media.

Monday, 6-3, 199, played in 50 career games with 25 starts at Auburn and finished his career with 172 tackles (106 solo), 17 stops for loss, six sacks, one forced fumble, five interceptions and 11 passes defensed. As a senior in 2021, the Atlanta, Ga. native started all 13 games he appeared in and finished with 64 tackles (45 solo), nine stops for loss, two sacks, a 36-yard interception return for a touchdown and six passes defensed.

Dublanko, 6-3, 240, was a was a five-year letterman at Cincinnati, who collected first-team All-AAC accolades in 2021 as the Bearcats advanced to the College Football Playoff. In 64 career games, the Aberdeen, Wash. native finished with 233 stops and in 2021, led the team with 113 tackles, 11.5 tackles for loss, 5.5 sacks, one forced fumble, one fumble recovery, one interception and one pass defense.

Pryor, 6-2, 217, was a was a five-year letterman at Ohio State (2017-19) and Notre Dame (2020-21), who played in 52 career games with eight starts and finished with 97 tackles, six stops for loss, three sacks, one forced fumble, nine passes defensed and one interception. In 2021, the Lawrenceville, Ga. native played in 13 games with four starts for Notre Dame and finished with a college career-best 42 stops, three tackles for loss, one sack and one pass defense.

Sewell, 6-0, 226 was a was a five-year letterman at Nevada (2017-19) and Utah (2020-21), who played safety his first three college seasons before switching to linebacker with the Utes. In five college seasons, the St. George, Utah native played in 44 games and finished with 254 tackles, 22.5 stops for loss, five interceptions, ten passes defensed, three forced fumbles and four fumble recoveries. In 2021, he ranked second on Utah with 89 tackles, racking up 7.5 stops for loss, one interception and a forced fumble.

Doxtater, 6-6, 316, is a London, Ontario native who played collegiately at New Mexico State, who played at left tackle for the Aggies, starting 48 of the 50 career games he played in. 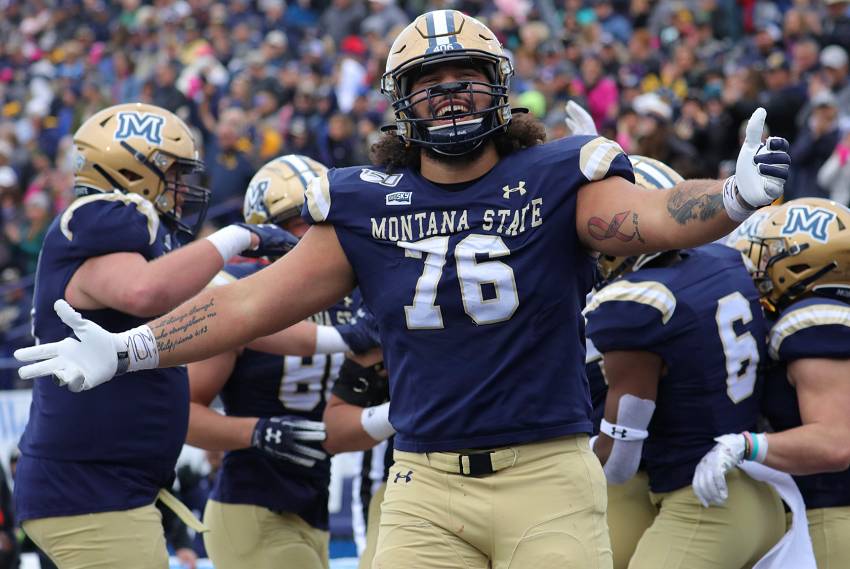 Kidd, 6-6, 311, was a four-year letterman at Montana State, finishing his college career with 48 consecutive starts at guard and tackle. In 2021, the Minneapolis, Minn. native moved from the inside to tackle and was a consensus FCS first-team All-American.

Schweiger, 6-3, 325, was a four-year letterman from 2018-21 and two-year starter the last two seasons at left guard for Iowa State. In 2021, the Plymouth, Minn. native started all 13 games and helped the Cyclones record their fourth-best scoring average (31.3) and their fifth-best total offensive average (424.5) in school history. In 2020, he was a second-team All-Big 12 selection by league coaches as he blocked for a Cyclones offense that broke the school record for rushing touchdowns (31) and posted the second-best scoring offense (32.9) in school history.

Romo, 5-11, 175, started his college career at Tulsa in 2018, before transferring to Virginia Tech for his final three seasons. After serving as a kickoff specialist for the Hokies from 2019-20, the Peachtree City, Ga. native took over placekicking duties in 2021 and made 18-of-22 field goal attempts, all 34 PATs and totaled 30 touchbacks to earn PFF All-ACC third-team.

Whelan, is a native of Enniskerry, Wicklow, Ireland who has lived in the United States with his family for the last decade and punted at University of California-Davis. The 6-6 Whelan who attended high school in Rancho Mirage, Calif., punted 52 times for 2,421 yards (46.6 avg.) in his final season in 2021.

Smith, 6-0, 213, was a four-year letterman at Baylor, who enjoyed a breakout campaign in 2021 as he set the Bears’ single season rushing record (1,621 yards) and ranked fifth nationally to go with 12 touchdowns. The Abilene, Texas native earned second-team All-Big 12 honors as he set a Bears school record with nine 100-yard rushing performances. In 2020, the Baylor coaches asked him to play linebacker, where he earned four starts late in the season and finished the campaign with 48 tackles and one sack.

Krull, 6-6, 260, finished his college football career with two seasons at Pittsburgh (2020-21), after playing two years at Florida (2018-19) and two years (2017-18) as a college baseball pitcher at Jefferson College (Mo.). The Shawnee, Ks. native was selected All-ACC second-team in 2021, when he played in 14 games with 11 starts and compiled 38 receptions for 451 yards and six touchdowns. Krull was selected in the 34th round of the 2018 Major League Baseball Draft by the San Francisco Giants before permanently transitioning to football.

Shaheed, 6-0, 180, was a five-season letterman at Weber State, who finished his college career as the FCS all-time leader in kickoff return touchdowns with seven. He finished as Weber State’s all-time leader in kickoff return average at 29.1 yards per return and had 5,478 all-purpose yards in 53 games. He also recorded 146 catches for 2,164 yards and 18 touchdowns. In 2021, the San Diego, Calif. native, earned multiple first-team All-America honors as a kick returner and punt returner as he had two kickoff return touchdowns. Shaheed also had 39 receptions for 695 yards and four scores at wideout.

Dixon, 6-4, 200, is a New Orleans native who prepped at Edna Karr High School and then enjoyed a standout career at Nicholls State. During his college career for the Colonels, Dixon had 236 receptions for 3,802 yards and 35 touchdowns.