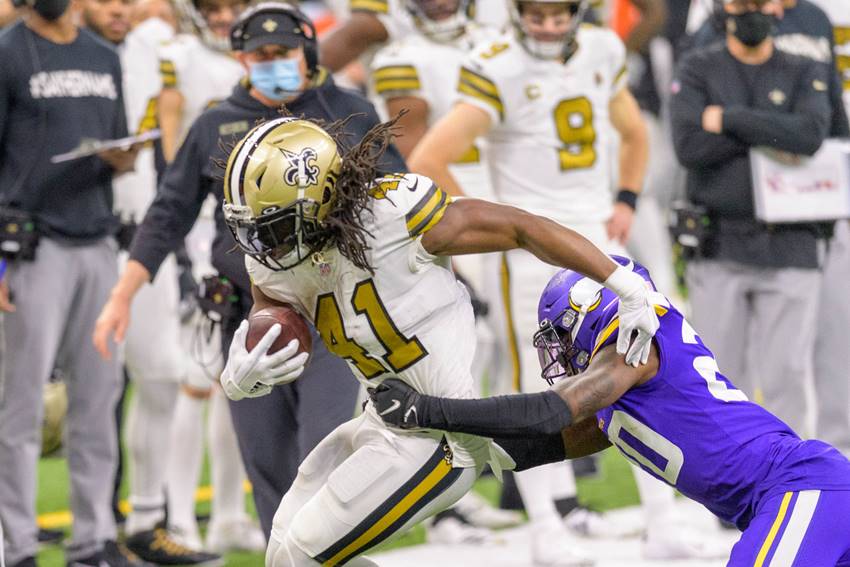 The New Orleans Saints are beginning their most significant transition in 15 years.

Drew Brees has retired and a dozen other key players from last year’s team are gone for a variety of reasons.

As the start of the 2021 training camp looms in late July, the four-time defending NFC South champion Saints are still one of the more talented teams in the NFL. Sean Payton is still one of the longest-tenured and most-successful coaches in the league.

But things are changing as New Orleans ventures into the post-Brees era.

Crescent City Sports takes a comprehensive look at this transition in this series as a build-up to the start of training camp.

One thing about the New Orleans Saints offense will not change in 2021.

Whether Jameis Winston or Taysom Hill succeeds Drew Brees, the Saints will need a consistently effective running game in order to succeed as passers.

The same was true for Brees in each of his 15 seasons even as he was becoming the most prolific passer in NFL history.

The same is true throughout the NFL.

Last season the Saints led the NFL with 30 rushing touchdowns and had the sixth-highest rushing yards-per-game average (141.6).

They have one of the most dynamic dual-threat running backs in the NFL in Alvin Kamara, a productive and versatile backup runner in Latavius Murray and even Hill’s rushing ability whether he’s playing quarterback or being used in a variety of skill spots as was the case during Brees’ last four seasons.

That’s a lot for head coach Sean Payton and offensive coordinator Pete Carmichael to work with, but the success of any running game hinges on more than just the ball carriers.

“We know that games are won up front,” Winston said.

“Ever since I’ve been here, our O-line’s been one of the best in the NFL,” Hill said. “Everything starts up there. If you can’t protect the QB, if you can’t get the ball off, or if you can’t run the ball then you can’t do anything.”

Ramczyk is the anchor of the line as one of the best right tackles in the NFL and Armstead has been one of the better left tackles when he has been healthy. Peat, like Armstead, has been plagued by injuries, leaving the left side of the line periodically destabilized.

McCoy had a solid rookie season two years ago and the Saints picked Ruiz in the first round last year with the expectation that the two youngsters would start side by side.

It was thought that Ruiz might be able to start at center, the position at which he thrived at the University of Michigan, enabling the more experienced McCoy to slide over to guard.

But the absence of a normal off-season program because of COVID-19, a training-camp injury to Ruiz and an absence of preseason games stunted Ruiz’s early development. McCoy stayed at center, veteran Nick Easton started at guard and Ruiz slowly carved out a niche behind Easton.

“I was just really trying to learn a whole bunch of different things at once,” Ruiz said. “I was trying to learn so much information that I never really slowed things down, everything was going fast.”

Easton was released during the off-season and Ruiz and has continued to learn to play guard, where he is expected to start this season.

Carmichael said “the comfort level” of McCoy at center and Ruiz at right guard “suits us best right now.”

Depth on the line has not been a strength in recent seasons. When Armstead has been sidelined, the first option generally has been to move Peat to tackle because the lack of depth would be less exposed by a backup guard than a backup tackle, though James Hurst held his own in limited action last season.

Former LSU lineman Will Clapp was re-signed during the off-season to continue providing interior depth, and sixth-round draft choice Landon Young of Kentucky will get a look at multiple positions.

But depth remains less than ideal.

Payton used the departure of tight ends coach Dan Campbell to become head coach of the Detroit Lions as an opportunity to re-work the staff responsibilities that affect the running game.

Joel Thomas remains the running backs coach and still has plenty to work with in Kamara and Murray, in addition to fullback Alex Armah, signed as an unrestricted free agent from Carolina.

Last season Kamara rushed for a career-high 932 yards and caught 83 passes after catching 81 in each of his first three seasons.

Kamara and all players’ stamina will be tested like never before this season as the NFL embarks on a 17-game schedule.

“Everything that I’m doing is setting up for that long haul,” Kamara said. “Once we get into Week 13, 14, I’m still good, I’m hitting that second wind and I’m feeling good.”

See each part of the feature series leading up to Saints Training Camp here. 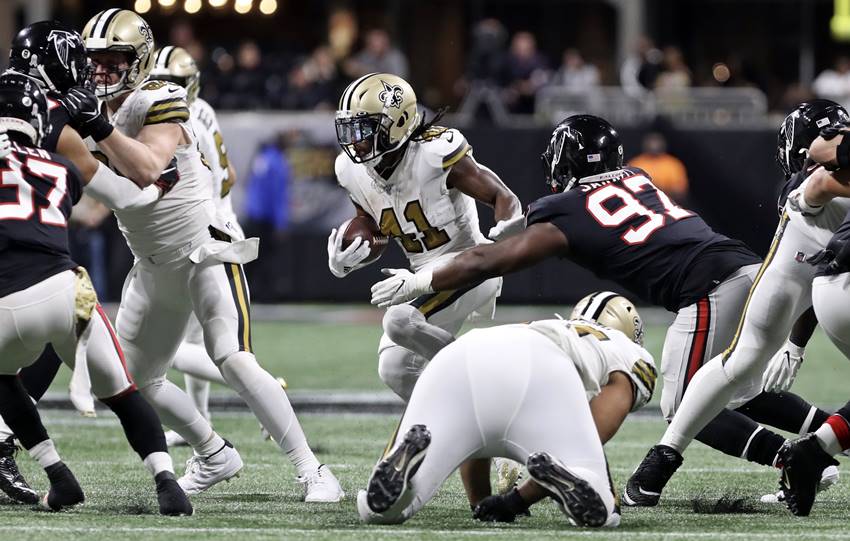 Looking at the off season personal moves and current depth chart indicates the Saints are thinking about becoming more run oriented on offense.