One of the best area coaches, if not one of the state’s best coaches, is changing addresses.

Manale built the Cavaliers into a consistent winner, dramatically increasing the numbers in the football program and the quality of the program while building an outstanding coaching staff.

Manale was named the Greater New Orleans Quarterback Club, CrescentCitySports.com and Friday Night Football Coach of the Year in the metro New Orleans area for the 2017 season.

Prior to Manale arriving at De La Salle, the Cavaliers were 3-16 the previous two seasons. De La Salle had not made the playoffs since 1997.

In 2012, Manale led the Cavaliers to the Class 3A playoffs in his second season on the job, the first playoff appearance for the school in 25 years.

De La Salle reached the Division II quarterfinals in 2014 and 2015.

On May 2, 2018, Manale added the title of athletic director at De La Salle as well and has handled those duties in exemplary fashion.

Manale has a bachelor of science degree from Southern University.

Manale told his players at De La Salle at around 2:30 p.m. this afternoon.

“I appreciate CrescentCitySports.com for knowing about it earlier and waiting for us to inform our young men,” Manale said. “We always want to do things the right way and your entity has always done so.”

The decision was extremely difficult for Manale, who actually asked for a few extra days from Jesuit to make it.

“It was extremely tough,” Manale said. “A lot of people told me I should be blessed because of Jesuit being a great academic institution with great opportunities and their historic tradition.”

Still, telling his players this afternoon was perhaps the toughest task for Manale.

“At De La Salle, we built up to a very, very good school and a very good academic school with a very good athletic program we built over nine years,” Manale said. “It is very tough to let go. It is a great place with great leadership and great kids. I am going to miss it dearly but at the same time, we are very excited to be honored and blessed to be at an institution like Jesuit High School.”

At Jesuit, Manale succeeds Scott Bairnsfather, who served as Interim head coach of the Blue Jays in 2020 after previous head coach Mark Songy resigned his position to go into administration at Jesuit. Bairnsfather is expected to remain at Jesuit and on the staff of Manale, along with some other current Jesuit assistant coaches while Manale will bring at least one assistant with him from De La Salle. 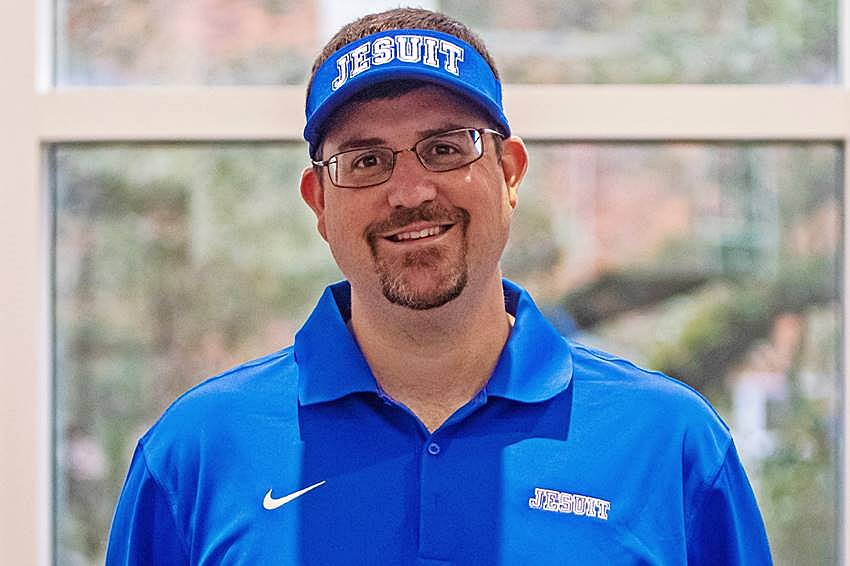 Jesuit won a Division I state championship in 2014 but has not threatened since.

Does Manale feel he can compete and win in the always tough Catholic League with recent state champions in his alma mater, Archbishop Rummel, and John Curtis Christian, as well as other good programs including Brother Martin, St. Augustine, Holy Cross and Archbishop Shaw?

“Winning comes in many forms,” Manale said. “I think that we are going to instill the same traits that we instilled in the young men at De La Salle for a slightly different formation but all in the formation of the greater glory of God. I can’t wait to try to match academic excellence with excellence in the football program. I believe we can and will win.”

“At De La Salle, we have scrimmaged Jesuit,” Manale said. “They were always a well coached, well prepared, disciplined team with some talent.”

As a Catholic League graduate and coach, Manale is honored to become a head coach in the storied league.

“It definitely is an honor,” Manale said. “I loved when I was at Rummel and my formation under Coach Roth. I loved De La Salle. I owe that place for the rest of my life and the great people I worked with, including our president, Paul Kelly. Those bonds will never be broken. Growing up in the Catholic League and coaching in the league, it is something that has been a burning desire of mine.”

In the midst of the relationship at De La Salle, Kelly, who also serves as head basketball coach of the Cavaliers, summarized Manale perfectly as part of his school bio with the job he did for the Cavaliers.

“Coach Manale is a one-of-a-kind head football coach in that he does everything within his power to support and promote every area of our school, from demanding academic excellence from his players, to attracting quality students, to working with all of our other head coaches, to supporting our mission. He is a tremendous leader who seems to spend every waking moment trying to better our school.”

Now, Manale will apply the same principles at Jesuit which his principal at De La Salle spoke of.

“I can’t wait to see everyone on Carrollton and Banks,” Manale said. “Go, Blue Jays!” 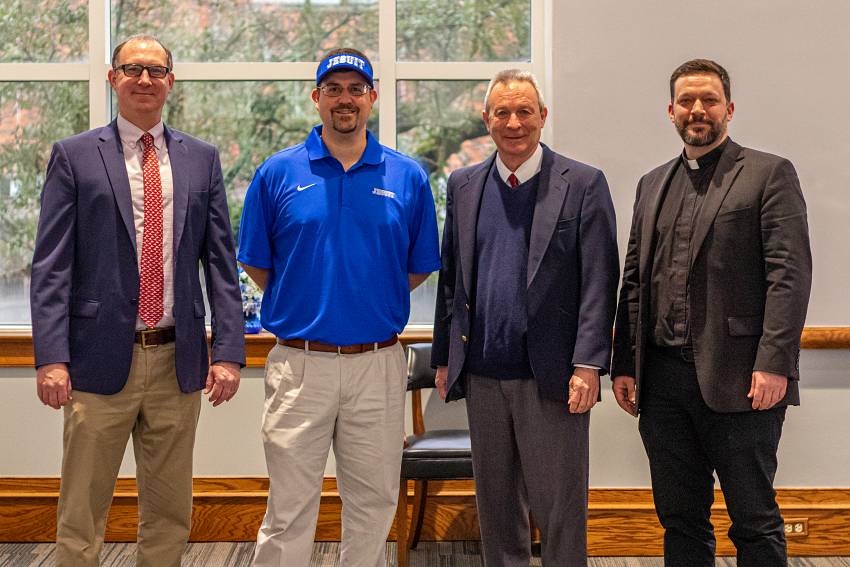 Jesuit High School has named Ryan Manale as its new head football coach beginning in the 2021 football season. Manale will also join the school’s faculty and serve alongside Joseph Latino as an assistant athletic director.

After a thorough search process during which the school considered internal, local, and national candidates, the school officially named Manale to the head coaching position on February 12, 2021. Manale arrives at Carrollton & Banks from his most recent head coaching position at De La Salle High School in New Orleans, where he took over as head football coach in 2011 and where he also served as athletic director beginning in 2018.

Commenting on Manale’s selection, Jesuit president Fr. John Brown, S.J., said, “Coach Manale immediately stood out because of his record of demonstrated success and his depth of understanding of what it takes to run an exceptional football program. He has an impressive dedication to the betterment and development of young men both on and off the field, and his focus on formation makes him a perfect fit for Jesuit High School.”

“We are excited to have Ryan Manale on board to lead our football team into the future,” said Jesuit principal Peter Kernion ’90. “There is no doubt that he will be taking bold steps to take the program to the next level.”

“I couldn’t be more excited to be part of the formation of men of faith and men for others at Jesuit,” said Manale. “I am grateful for this opportunity, and I am thankful to the search committee for trusting me to lead the Blue Jay football program. We will have a strong focus on accountability, character, and discipline to sustain success in the classroom, in the community, and on the football field.” He also expressed his gratitude to the De La Salle administration, coaching staff, and community.

“I can’t wait to be a part of the Jesuit family. There are many great people I know that have walked these halls,” he added.

Jesuit Athletic director David Moreau said, “I am confident that Ryan Manale will be an excellent fit here at Jesuit. He is a man of integrity and character, and I look forward to seeing the many life lessons our players will learn from him as a coach and as a mentor.”

After attending Archbishop Rummel High School and earning a bachelor of science from Southern University of New Orleans, Manale served as an assistant coach for 13 years at Rummel under then head coach Jay Roth. During his 9-year tenure at De La Salle—the longest stint for any head football coach at the school—he accumulated a 79-23 overall record with appearances in 4 state championship games. His 79 wins are the most earned by any De La Salle coach in history. In district play, his record stands at an impressive 45 wins and 6 losses.

In 2017, Manale was named Louisiana Coach of the Year and, beginning in the same year, he earned the designation of All District Coach for four consecutive years.