Ryan Hess thrilled to be home at Holy Cross 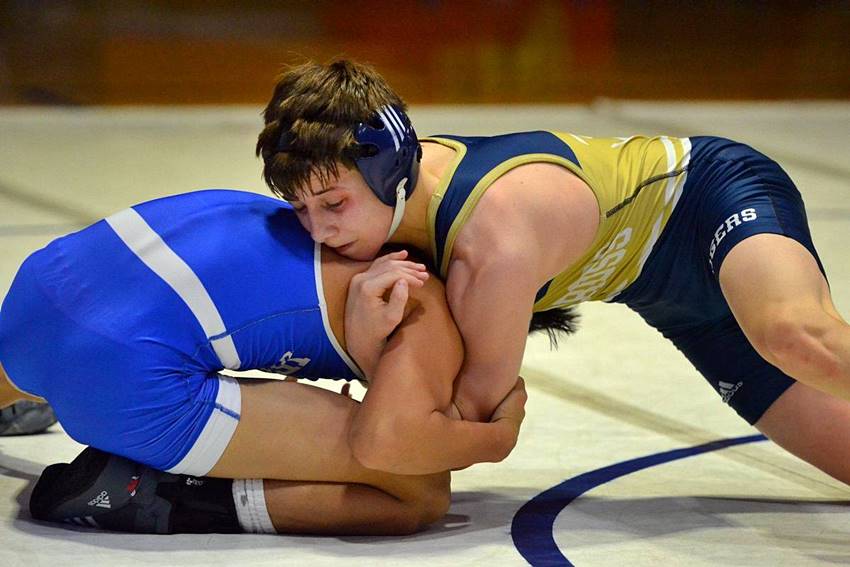 It was not a difficult decision with which to grapple in the case of Ryan Hess.

Wrestling is the first love of Hess, the former three-time individual state championship wrestler who is returning to his alma mater to serve as head coach of the Holy Cross wrestling program.

Hess succeeds another former Tiger wrestler in Nick Michael, who is moving into administration at Holy Cross.

Hess started his coaching career at Waverly Shell Rock (IA) High School in 1999 and 2000. Hess returned to Louisiana to serve as an assistant to Robbie Dauterive at Brother Martin in 2000 and 2001.

Hess then coached at Belle Chasse in 2002 before taking over at Archbishop Rummel in 2003, where he remained through 2005.

Hess guided the Raiders to a second place finish in 2004. Hurricane Katrina interrupted the Rummel program in 2005 with many senior wrestlers scattering to other schools in the country.

“We had nine state finalists in six different states,” Hess said. “We were really in position to win a state championship but fate intervened. We were ranked as high as 11th in the country. Rummel was poised to win it all before the storm.”

Hess went into private business after departing Rummel for a tree company. Hess remains involved in construction as well but has always remained close to coaching.

Hess has worked with club wrestling and helped individual wrestlers for the last few years while coaching softball as well.

Now, Hess is home, taking over the program which has won the most team state championships in Louisiana history (27). Holy Cross most recently won a state title in 2017.

“It was enjoyable coaching softball,” Hess said. “My daughter is a junior at Belle Chasse now and is a commit to Belle Chasse. I grew up playing baseball so that was easy. My brother played at UL. I was awful at baseball. I guess that’s how gravitated to wrestling. I wasn’t good enough in baseball. It worked out with wrestling.”

““I became the developmental coach for new coaches,” Hess said. “I started coaching my first daughter through high school and she is 23 now.”

“We’ve got some kids on the Holy Cross team that started with me at my kids club,” Hess said. “I’ve always been connected to the school. It’s always been near and dear to me. I’ve had the opportunity to do it a couple of other times but the time wasn’t right. It all worked out this time around. It is the right time.”

Can Holy Cross compete for a state championship?

“That is absolutely the goal,” Hess said. “I’m not looking at it any other way. I am looking to get this team as high ranked in the nation as possible with a state championship on top. Our dreams will be a little bigger than dominating the local scene. It’s not going to come overnight. It’s a process. We have a good corps.”

Hess has a long list of people who helped shape his career.

“I worked with Rick Caldwell at Spot-Built Wrestling Club in Baton Rouge and with Kyle Grunwald at Rummel,” Hess said. “Kyle was a technical genius who wrestled at LSU. I got work with Jim Miller at Wartburg. He is a legend. Dauterive was an organizational genius and fundraiser.”

Hess was not finished with those whom he learned from.

“At Rummel, I followed Sam Harnsongkram, a wonderful man and incredible coach,” Hess said. “I learned so much from him. He taught me to stay humble. I worked with Jim Ravannack at Rummel, who has great discipline and leadership skills. I have truly worked with masterminds. They all had tremendous skill-sets. I was mentored unbelievably.”

Hess knows the one thing he has to do to get Holy Cross back to prominence.

“Our numbers are down right now,” Hess said. “I plan on reaching out to everyone ever associated with Holy Cross wrestling and getting them involved. Then, we will get to work about getting the job done. I am challenging all alumni to get involved.”

Hess knows what he wants to see in the Holy Cross Gymnasium, a piece of hardwire signifying the best in Louisiana.

“Brother Melchior was the architect of the sport in New Orleans,” Hess said. “We want to bring his trophy home.”