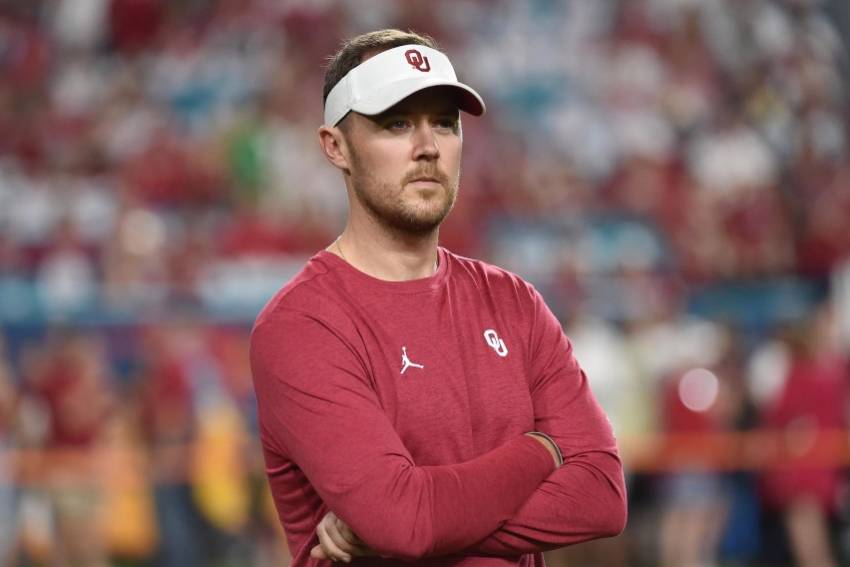 Rumors have run rampant since the process began as to who will become the next head football coach at LSU.

Late this week, word has begun to swirl and persist that the target has been acquired. Some from state of Oklahoma news outlets are even beginning to believe that Sooners head coach Lincoln Riley may be set to be the 16th individual to be named head coach at LSU.

The numbers are said to be an eight-year, $96 million deal, which would make it far and away the richest in college football coaching contract in history. Nick Saban earns $9.75 million per season.

The 37-year old Riley is in his fifth campaign at Oklahoma with a 55-9 record. He is in the middle of a six-year, $45.21 million contract which pays him $8.05 million this season. His buyout was reported in 2019 to be 22.5 percent of the current total value of his contract.

The offensive mastermind was a defensive end as a sophomore at Muleshoe High School in Muleshoe, Texas, before moving to quarterback his final two seasons. He walked on at Texas Tech where he served as a backup to Kliff Kingsbury and B.J. Symons. After one season, he was granted an opportunity to be a student assistant under head coach Mike Leach.

Riley’s next stop was as offensive coordinator at East Carolina (2010-’14) under head coach Ruffin McNeil. During his tenure, the Pirates set a school record with 6,929 total offense in 2014. That season, ECU was also third in the nation in passing offense.

Bob Stoops lured him to Oklahoma as offensive coordinator in 2015 where he was chosen for the Broyles Award in his first season there. Stoops stepped down in ’17, and Riley took over the reigns. From 2017-’19, the Sooners posted a 36-6 record, and Riley was the 2018 Co-Big 12 Coach of the Year.

In a ridiculous run on outstanding quarterback play, Riley had Baker Mayfield (2017) and Kyler Murray (2018) win Heisman awards. Jalen Hurts (2019) was the runner-up to Joe Burrow.

Riley has an unmatched resume’ working with quarterbacks and receivers. He has tutored a pair of Bilietnikoff finalists, Dede Westbrook and CeeDee Lamb. Tight end Mark Andrews also captured the Mackey Award. While Riley was at Texas Tech, wideout Michael Crabtree won a pair of Biletnikoff Awards (2007, 2008)

Oklahoma has made the College Football Playoffs but the Sooners have been unable to win in the semifinals. The most recent national title at OU came back in 2000 while LSU has won it all three times with four title game appearances since 2003.

This week, the No. 10 Sooners travel to Stillwater, Oklahoma for the Bedlam battle against rival Oklahoma State, ranked seventh. The Cowboys are 4.5 point favorite. The winner plays next week for the Big XII title.

If Riley becomes the next head coach in Tigertown, one would have to think that the sweepstakes for the Classs of 2023 top prospect, Newman QB Arch Manning, may take a turn in LSU’s favor. Perhaps current Sooners starter Caleb Williams will consider his options as well.