Roussel ready for challenge at Riverside 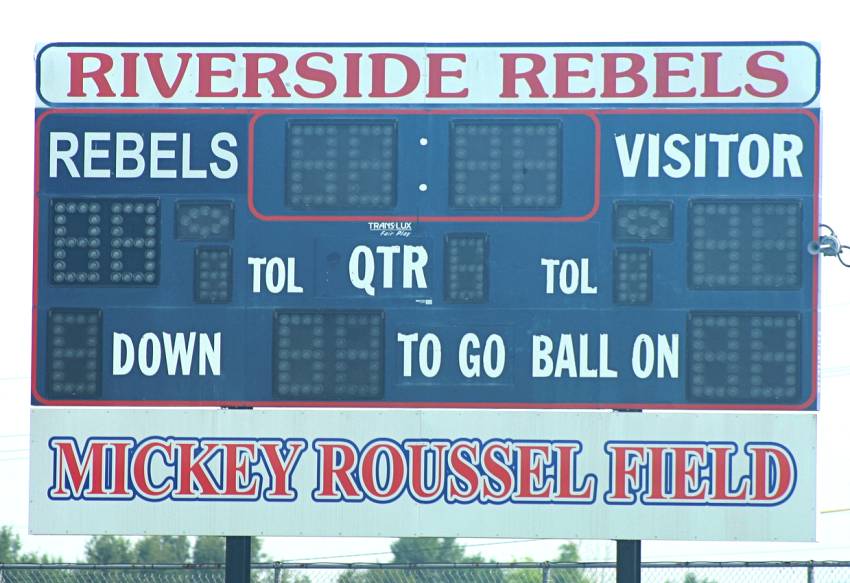 It was not very long ago at Riverside Academy.

It has happened in Reserve and it can happen again.

The Rebels have turned over their fortunes to an excellent, first-time head coach in Lee Roussel.

Roussel, who was a fine center at Lutcher who graduated from Southeastern Louisiana, previously served as an assistant coach at Lutcher, St. Charles Catholic and at Archbishop Rummel. All were state championship programs.

“It’s home for me,” Roussel said. “I am a River Parish guy and I grew up around Coach Mickey Roussel. I recruited the school when I was at Nicholls. There is a winning tradition. My children can come to school with me. There has been success here. There can be again and I was able to bring in a really good coaching staff.”

Chris Lachney, who previously served as a head coach at Riverside, has returned to assist Roussel as defensive coordinator and linebackers coach.

Among others on an excellent staff is former Riverside star quarterback Jordan Loving and a former star player for Roussel at Rummel in Pierce Bonck, who will coach offensive line.

Roussel walks into what appears to be a good situation.

The Rebels return a superb senior running back in Elijah Davis (5-10, 215), who is committed to the University of Louisiana.

“Elijah is the guy we will lean on,” Roussel said. “He ran sub 11 seconds in the 100 meters. He’s a really good kid. He was relied on heavily last year. We can build around him and we want to run the ball. That’s my background as an offensive line coach.”

“I like Luke,” Roussel said. “He had a really good year in baseball this past season. He’s a competitor and he had a good spring for us. He is good in the weight room a strong young man and throws a good ball.”

Sophomore linebacker Kaleb Brumfield (5-11, 195) is also back, as is senior defensive back Cade Middleton (5-11, 170). Middleton has significant college interest. White will play both ways and he is strong. White is the son of John White.

“I feel our defensive line is the strong point of our defense,” Roussel said. “Alexander can really bend and move for his size. He can develop and play at the next level and he is tough. Henry is a rising sophomore. He was once a big back for us and he has grown into an athletic interior lineman. Middleton is versatile and is our leader.”

The schedule opens at home against St. Thomas Aquinas on September 2.

A huge road game at Newman follows in what is now a non-district contest.

“Those are tough games early,” Roussel said. “The game with STA was close last year. Newman will tell us where we are and what we need to improve on.”

A trip to Houma to take on Central Catholic is next before the Rebels entertain Houma Christian. The final non-district game is at Country Day, another former district rival.

“Central Catholic is a good program and will be a tough test,” Roussel said. “Country Day is a rival and will be ready to play us.”

“West St. John is a River Parish team with a huge winning tradition,
Roussel said. “St. Martin’s has an outstanding running back and they are improving. I don’t know much about the others but we will be ready.”

Enthusiasm and hopes are both high on campus and in the community of Reserve. It is a bit early to pass judgment so we will reserve that but there is a real chance that Riverside will return to winning with a chance to advance in the playoffs in 2022.

“You want to win every game but realistically, our goal is to be district champion,” Roussel said. “I don’t feel like the cupboard is bare and I think we have kids that want to win. I am optimistic. I think there is enough here with the roster and coaches to win. Ultimately, we want to return to being a state championship program.”