Rosser, Berzat combine for 30 points as UNO falls in opener at BYU 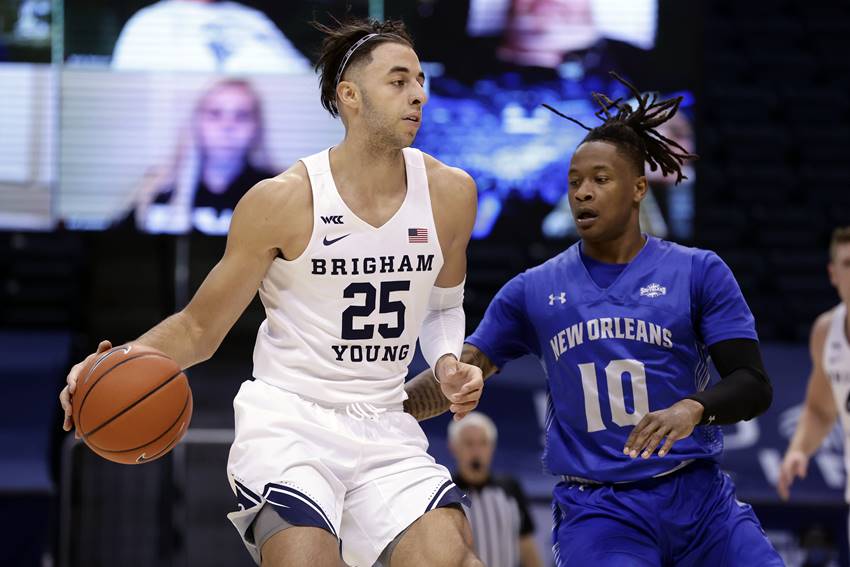 PROVO, Utah – New Orleans forced a #RV BYU team that committed just six turnovers 24 hours ago to have 18 miscues in its 86-61 setback in the 2020-21 season opener at the Marriott Center on Thanksgiving.

The Privateers led early and put together runs throughout the game, and despite the outcome, there were many positives to look forward to throughout the season.

“he guys executed the game plan extremely well early on,” said head coach Mark Slessinger. ”A lot of our guys were able to get on the court, and despite some of the mental errors and the outcome, getting back on the court was huge. The key for us will be how we improve tomorrow in preparation for Sunday against a tough Texas A&M team.”

Damion Rosser returned from injury and led all players with 11 points and eight rebounds in the first half. TDR finished with 15 points and nine boards, and Lamont Berzat, a favorite of the BYUtv broadcasters, matched Rosser’s 15 points as the New Orleans native went 5-of-8 from the field and a perfect 3-of-3 from deep.

The Privateers head to the Lone Star State to take on former head coach Buzz Williams and Texas A&M Sunday at 2 p.m. at Reed Arena. The game will be streamed on SEC Network +