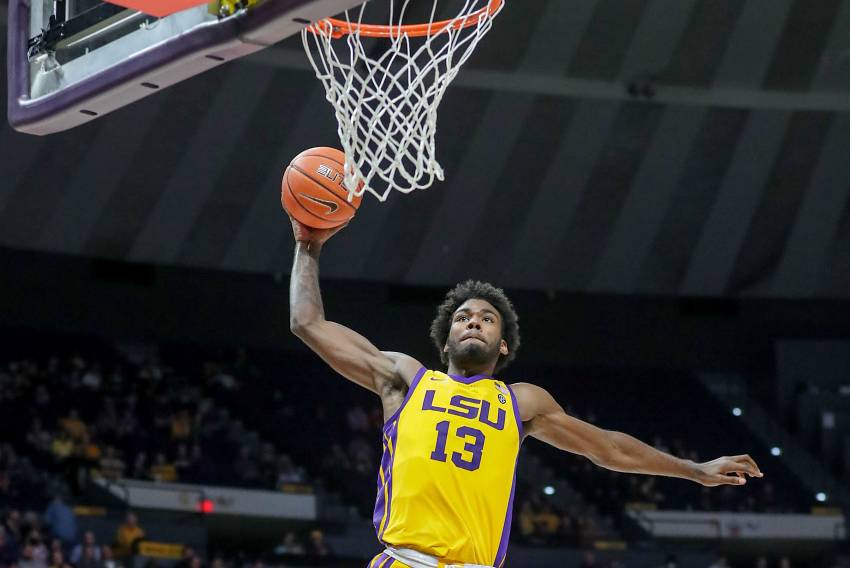 BATON ROUGE – LSU forward Tari Eason, the Southeastern Conference’s Sixth Man of the Year, was selected Thursday in the first round of the 2022 NBA Draft, held at the Barclay’s Center in Brooklyn, New York.

Eason, the 17th all-time LSU player to be selected in the first round and the second consecutive year LSU has had a first-round selection, was the number 17 selection in the opening round to the Houston Rockets.

Eason had a breakout 2021-22 season at LSU after transferring from Cincinnati, where he played as a freshman. A first-team All-SEC selection and an AP Honorable Mention All-America selection, Eason averaged 16.9 point, 6.6 rebounds, 1.0 assists, 1.1 blocks and 1.9 steals a game while playing 24.4 minutes per game.

Eason scored in double figures in 29 games for the Tigers with 11 games of 20 points or more and seven double doubles. He was named a semifinalist for the Naismith Defensive Player of the Year award and finished sixth in the SEC in scoring, ninth in rebounds, T4 in steals and ninth in offensive rebound average (2.27).

One writer at the NBA combine noted that Eason’s 7-2 wingspan was, “an excellent trait for a 6-8 forward known for his defensive versatility.”