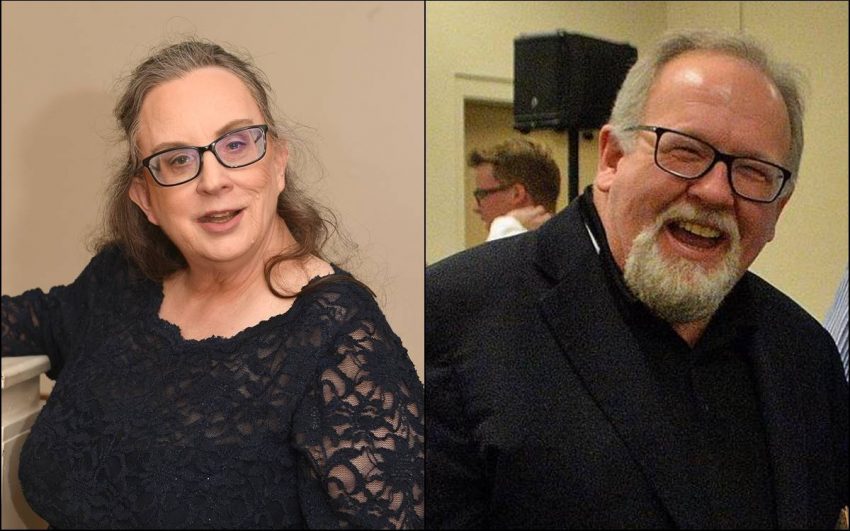 NATCHITOCHES – Baton Rouge prep sportswriter Robin Fambrough and veteran LSU basketball sports information director Kent Lowe have been selected for the 2020 Distinguished Service Award in Sports Journalism from the Louisiana Sports Writers Association, and will be inducted in the Louisiana Sports Hall of Fame next June.

Fambrough has produced and coordinated high school sports coverage for the Baton Rouge Advocate for 30 years, while also serving the LSWA in leadership capacities including a crucial stint as the organization’s first female president in 1999-2001. As the LSWA’s liaison with the Louisiana High School Athletic Association since the mid-1990s, she has played a pivotal role for both organizations.

Lowe, senior associate sports communications director for LSU since 2000, has won national and state awards for his press releases, columns and publications at LSU. The longtime LSWA treasurer, and a past president of the organization, Lowe has been the driving force since 2002 behind the Cox Sports Television show spotlighting the Hall of Fame’s annual induction ceremonies. He has also been an acclaimed bowling columnist for The Advocate, along with being involved in the thoroughbred racing public relations field at Louisiana Downs and assisting with the Independence Bowl in his hometown of Shreveport.

The DSA honor, to be made official June 27 in Natchitoches, means they will be among the elite 12-person Class of 2020 being inducted in the Louisiana Sports Hall of Fame. Fambrough and Lowe were selected from a 24-person pool of outstanding nominees for the state’s top sports journalism honor.

The Distinguished Service Award in Sports Journalism is the most prestigious honor offered to sports media in the state. Recipients are chosen by the 35-member Louisiana Sports Hall of Fame selection committee based on nominees’ professional accomplishments in local, state, regional and even national arenas, with leadership in the LSWA a contributing factor and three decades of work in the profession as a requirement.

Fambrough and Lowe will be among the 2020 Louisiana Sports Hall of Fame Induction Class to be spotlighted in the annual Induction Dinner and Ceremonies on Saturday evening, June 27, at the Natchitoches Events Center. The Induction Dinner and Ceremonies are the highlight of the 2020 Induction Celebration beginning Thursday afternoon, June 25, with a regionally-televised (Cox Sports Television) press conference at the Hall of Fame museum at 800 Front Street in Natchitoches.

Outdoorsman Phil Robertson, recognized internationally as the Duck Commander, and former LSU football coach Nick Saban, who won 75 percent of his games and the 2003 national championship in five seasons with the Tigers, join eight-time Mr. Olympia world bodybuilding champion Ronnie Coleman and another global sports figure, Sweet Lou Dunbar of the Harlem Globetrotters, among a star-studded group of eight competitive ballot inductees chosen for the Louisiana Sports Hall of Fame.

Also honored with enshrinement in the Class of 2020 will be the Dave Dixon Louisiana Sports Leadership Award winner and the inaugural recipient of the Louisiana Sports Hall of Fame Ambassador Award, to be announced this week.

The 2020 Induction Class will be showcased in the Louisiana Sports Hall of Fame Museum, operated by the Louisiana State Museum system in a partnership with the Louisiana Sports Writers Association. The striking $23 million, two-story, 27,500-square foot structure faces Cane River Lake in the National Historic Landmark District of Natchitoches and has garnered worldwide architectural acclaim and rave reviews for its contents since its grand opening during the 2013 Hall of Fame induction weekend.

The selection of Fambrough and Lowe was jointly announced Tuesday by Hall of Fame chairman Doug Ireland and LSWA president Lenny Vangilder.

“Robin and Kent are truly transcendent figures in our state’s sports journalism history,” said Ireland. “For better than three decades, they have filled leadership roles in their fields. Robin has been a guiding force in high school sports coverage not only for the Advocate’s readers, but benefitting the LSWA and the LHSAA through her unique roles associated with the organizations. On the college level, through his leadership of the state’s SIDs, All-Louisiana teams, and his influence in the sports information field nationally, and his deep involvement with the LSWA and our annual Hall of Fame induction activities, Kent has an equally distinctive status.”

In spring 2019, Fambrough became the fourth sportswriter, and the first female reporter, to be inducted in the Louisiana High School Sports Hall of Fame. In her 30th year at The Advocate, and in 29 years as the lead high school sportswriter, she has been recognized five times as the LSWA’s Division I prep writer of the year.

A graduate of Western Kentucky University, Fambrough also worked for two other Louisiana newspapers, the Daily Comet in Thibodaux and the Alexandria Town Talk.

She has coordinated the LSWA’s All-State selection process in all prep sports for nearly her entire tenure at The Advocate. Fambrough has been a liaison between the LSWA and the LHSAA, providing vital insight to help facilitate best practices for prep coverage by the media and assisting in the development of the Louisiana High School Sports Hall.

Fambrough is on the selection committee for the high school hall and also coordinates The Advocate’s prestigious Star of Stars High School Sports Awards each spring.

In June 2018, Lowe was presented the College Sports Information Directors of America Achievement Award for the University Division (Division I) recognizing his accomplishments in the profession on a national scale. Only one winner is chosen annually.

He has also for the past 26 years written an award-winning bowling column for The Advocate after writing a bowling column for the Shreveport Times for a decade. In 2018, he was inducted into the Louisiana State Bowling Association Hall of Fame for his service to the sport. He was previously inducted into the Baton Rouge Bowling Association Hall of Fame.

Lowe was the 2009 recipient of the Bowling Proprietors Association of America Media Award which recognizes a national and/or local, non-bowling industry media representative who, through either print or electronic media, made a significant contribution to further the sport of and business of bowling.

An expert kegler as well, in 2018, he won the Baton Rouge City bowling singles championship.

Lowe, 61, came to LSU from Louisiana Downs where he served in several capacities for the Bossier City racetrack. He was head writer, broadcast director and later publicity director, broadcasting race results on stations in three states, including two 50,000-watt stations. Lowe hosted a weekly talk show and stakes races live from the track including several radio broadcasts of the $1 million Super Derby which was broadcast on a network of stations in a three-state area and Armed Forced Radio.

During the 1980s, he worked with 2019 DSA winner Dave Nitz on the opening two years of modern-era minor league baseball broadcasts in Shreveport.

Lowe is also a past president and current treasurer of the Louisiana Sports Writers Association who has won numerous first-place awards for writing, media guides and fact sheets in the group’s annual media contest.

He has much radio and TV broadcast and production experience with LSU and the LSWA. In 1988-89, he was the play-by-play voice for LSU women’s basketball. For over a decade, he has done color for LSU softball and women’s basketball broadcasts.

Lowe began his professional writing career under Hall of Famers Bill McIntyre and Gerry Robichaux at the Shreveport Times and began writing bowling in Baton Rouge under the editorship of Butch Muir.

The Shreveport native is heavily involved with the Louisiana Sports Hall of Fame and for the past 17 years has helped host and produce the now live, nationally-televised induction ceremonies. Lowe was the driving force behind getting Cox Sports Television on board as the Hall’s TV partner.

A 1979 graduate from LSU-Shreveport, he earned his masters’ degree at LSU in 1982, working in the sports information office under CoSIDA and LSHOF Hall of Famer Paul Manasseh.

Lowe was named Mr. Jesuit Flyer as a senior at Shreveport’s Jesuit (now Loyola) High School. He has stayed connected in his hometown in an iconic role on the Independence Bowl game day staff for three decades as the press box announcer and unofficial historian.

The 2020 Induction Celebration will kick off Thursday, June 25, with a press conference and reception. The three-day festivities include two receptions, a youth sports clinic, a bowling party, and a Friday night riverbank concert in Natchitoches. Tickets for the Saturday night, June 27 Induction Dinner and Ceremony, along with congratulatory advertising and sponsorship opportunities, are available through the LaSportsHall.com website.

Anyone can receive quarterly e-mails about the 2020 Induction Celebration and other Hall of Fame news by signing up on the LaSportsHall.com website.

Adding to the 350 sports competitors currently enshrined, 19 winners of the Dave Dixon Louisiana Sports Leadership award and 64 recipients of the Distinguished Service Award in Sports Journalism, there are 433 current members of the Hall of Fame before this summer’s inductions.

The 2020 Induction Celebration weekend will be hosted by the Louisiana Sports Hall of Fame Foundation, the support organization for the Hall of Fame. The LSHOF Foundation was established as a 501 c 3 non-profit entity in 1975 and is governed by a statewide board of directors. For information on sponsorship opportunities, contact Foundation President/CEO Ronnie Rantz at 225-802-6040 or RonnieRantz@LaSportsHall.com. Standard and customized sponsorships are available.