BILOXI, Miss. – In the midst of tough times for everyone, Pro Football Hall of Fame, Saints Hall of Fame and Saints Ring of Honor inductee Rickey Jackson helped provide a respite from the COVID-19 pandemic while providing aid for a good cause with a Pro Football Alumni Celebration this past weekend.

On Thursday night, a reception and silent auction of sports memorabilia took place with the players and select patrons enjoying outstanding food and beverages, courtesy of event sponsors the City of Biloxi and IP Casino Resort Spa, where the event was held. IP provided rooms, along with the food and drink.

Biloxi Mayor FoFo Gilich welcomed everyone, all of whom were socially distanced at the event. 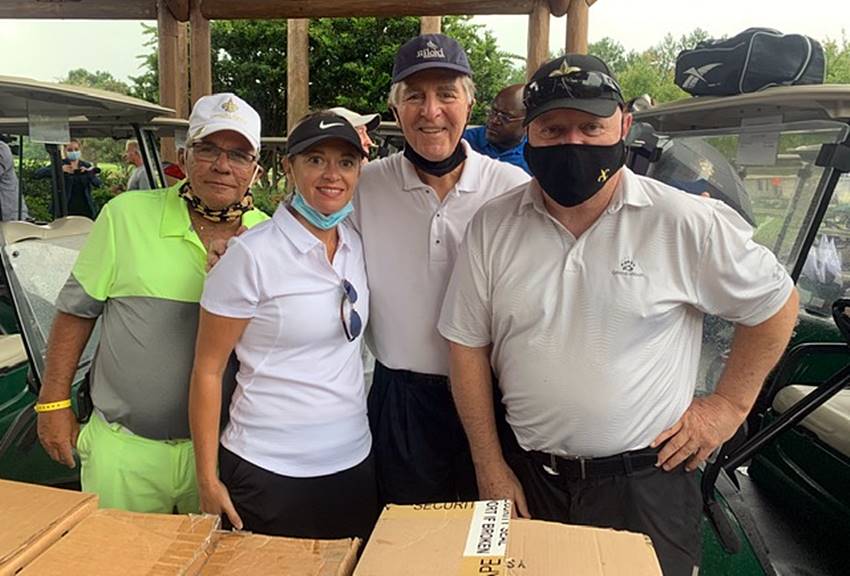 On Friday morning, a golf outing at Grand Bear Golf Course in Saucier, MS was rudely interrupted by persistent rain and storms but great food was provided, courtesy of the City of Biloxi and prizes were awarded.

Proceeds from the event benefited the Saints Courage House at the Rickey Jackson Community Hope Foundation in Marrero, providing support to abused, neglected and at-risk children in the New Orleans area.

“It is a pleasure to have prominent former Pro Football players in our community,” Gilich said. “This is something we really enjoy partnering with Ken Trahan and for such a good cause in Rickey Jackson’s Courage House. We thank everyone involved in making this happen. Tell my friend Mickey Loomis hello.”

Loomis, who has participated in events in Biloxi in 2018 and 2019, could not attend this year with training camp about to start but he generously provided Saints shirts for those participating in the golf event.

Jackson was also a gracious host to many of his former teammates. 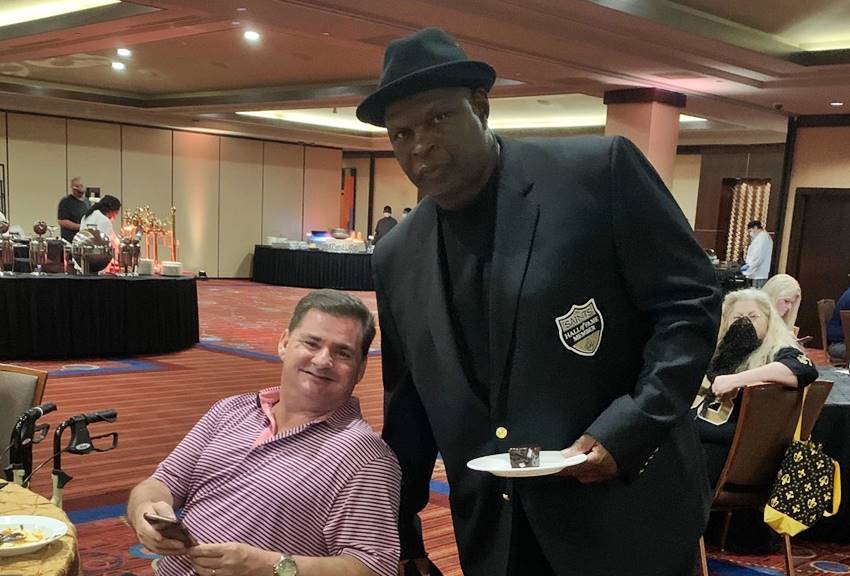 “We really enjoy coming over here to the Biloxi area,” Jackson said. “It is a chance to have some good food, a chance to talk with former teammates and friends you played against and to play golf. They have really nice courses in South Mississippi. Thanks to IP, the mayor and Ken for doing such a great job for us.”

Beau Rivage also contributed to the event with rooms.