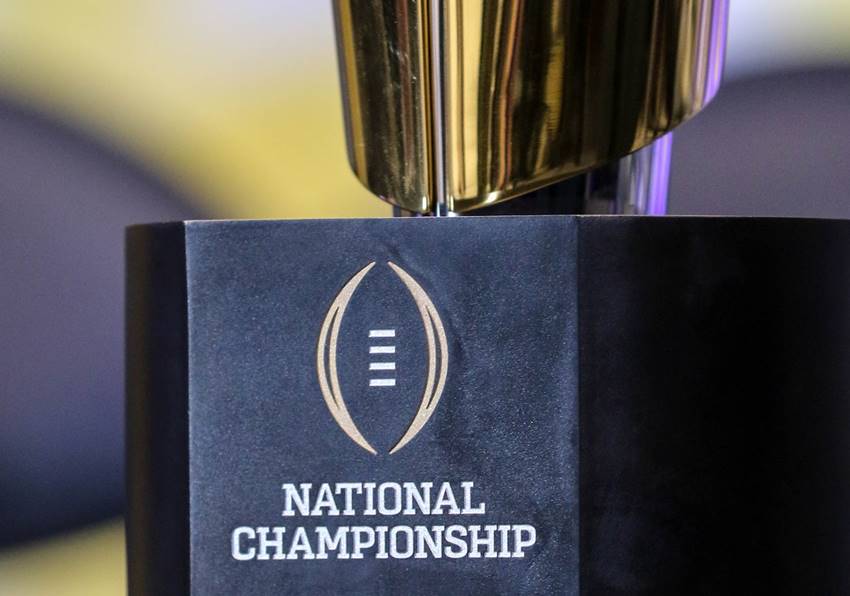 The new members will begin three-year terms starting this spring. They will replace Frank Beamer, Chris Howard and Rob Mullens, whose terms have expired.

Hancock also announced that the Management Committee has appointed University of Iowa Athletics Director Gary Barta as selection committee chair for the 2020 football season. Barta replaces Mullens, the athletics director at the University of Oregon, who served as chair for the past two seasons.

“Tom, Rick and John each bring an exciting breadth of experiences and expertise to the committee,” Hancock said. “All three will continue the CFP tradition of committee members with high integrity and passion for the sport of college football.

“We are delighted that Gary will serve as chair,” Hancock added. “He was a valuable member of the committee last year and he will be a good leader inside the room and a good spokesperson to let folks know what the committee did and why.”

“I had a terrific experience my first year on the committee,” Barta said. “I have so much respect for the other committee members, and for Bill Hancock and the CFP staff. I’m honored to be asked to serve as committee chair and look forward to working with this group again in 2020.”

Burman has spearheaded over $100 million in facilities projects during his time as athletics director, including construction of an indoor practice facility, a club and suite addition and other extensive renovations to War Memorial Stadium, significant upgrades to the UniWyo Sports Complex for volleyball and wrestling, new indoor tennis and golf practice facilities, and Phases I and II of a renovation to Wyoming’s Arena-Auditorium.

Burman began his intercollegiate athletics career as director of marketing and promotions (1993-95) at the University of Idaho. Before that he worked for the sports management company DeWilber & Associates in McLean, Va. He earned a Bachelor of Science degree from Wyoming and an M.B.A. from Robert Morris University.

Rick George has served as athletics director at the University of Colorado since August 2013. He came to Colorado after nearly three years at Major League Baseball’s Texas Rangers, where he was chief operating officer and then president of business operations. Prior to joining the Rangers, George served as executive vice president and chief of operations for the PGA Tour for two-and-a-half years. He also served as president executive vice president for championship management of the Champions Tour (2003-08). From 1998-2003, George served as president and CEO of the Fore!Kids Foundation, a 501(c)(3) organization that raised money for children’s charities via golf-related events.

George served for two years as chair of the LEAD1 Association, which represents the athletic directors, programs and student-athletes of the 130 member schools of the Football Bowl Subdivision (FBS). He graduated in 1982 from Illinois, where he was a four-year letterman at cornerback.

John Urschel used to be known as a football player who was good at math. Now he’s known as a great mathematician who used to play football. He is a former All-American offensive lineman – a two-time All-Big 10 performer – and a 4.0 student at Penn State University. The Baltimore Ravens drafted him in the fifth round of the 2014 NFL draft. He retired after three seasons with the Ravens and enrolled at MIT to pursue a Ph.D. in applied mathematics (expected completion in 2020), which he began work on in January 2016 while he was still playing for the Ravens.

Urschel earned a bachelor’s degree in mathematics in 2012 (in less than three years) and a master’s in mathematics a year later (again with a 4.0). During the spring 2013 semester, Urschel taught a section of trigonometry and analytic geometry to Penn State undergraduate students three days a week in addition to his own academic and football responsibilities. He won the Sullivan Award, given to the most outstanding amateur athlete in the country, in 2013. A two-time Academic All-American, he also won the 2013 Campbell Trophy, which recognizes college football’s top scholar-athlete.

Urschel has written a memoir, “Mind and Matter,” with his wife, journalist Louisa Thomas, chronicling his life in athletics and academics. Last spring, even as he tackled the commitment of a full-time graduate student, he was a teaching assistant for the first time – in a Differential Equations course.

Gary Barta was appointed to the CFP selection committee in January 2019. He has served as the Henry B. and Patricia B. Tippie Director of Athletics at the University of Iowa since August 2006.

He is a member of the President’s Cabinet, comprised of vice presidents and other campus leaders that provide counsel to Iowa’s president. He also remains active at the conference and national level. He is a member of the NCAA Division I Council and recently served on the NCAA Ad Hoc Committee on Sports Wagering. He is also regularly involved in NACDA (National Association of Collegiate Directors of Athletics) and LEAD1 (formerly known as the Division 1A Athletic Directors Association).

Barta earned a Bachelor of Science degree in mass communication and broadcast journalism from North Dakota State in 1987. He was an option quarterback for Bison football squads that won the Division II NCAA National Championship in 1983, 1985 and 1986.

The CFP selection committee is responsible for selecting the top four teams in the playoff and assigning them to semifinal games as well as ranking the other top 25 teams. The committee meets in-person beginning late in the football season and produces a ranking of the top 25 teams each week leading up to its final selections. For more information on the selection committee, visit www.collegefootballplayoff.com.

About the College Football Playoff
The College Football Playoff matches the No. 1 ranked team vs. No. 4, and No. 2 vs. No. 3 in semifinal games that rotate annually among six bowl games – the Goodyear Cotton Bowl, PlayStation Fiesta Bowl, Chick-fil-A Peach Bowl, Capital One Orange Bowl, Allstate Sugar Bowl and Rose Bowl Game presented by Northwestern Mutual. This season’s Playoff Semifinals will take place Friday, January 1, 2021, at the Rose Bowl Game presented by Northwestern Mutual and the Allstate Sugar Bowl. The College Football Playoff National Championship will be Monday, January 11, 2021, at Hard Rock Stadium in Miami Gardens, Florida.