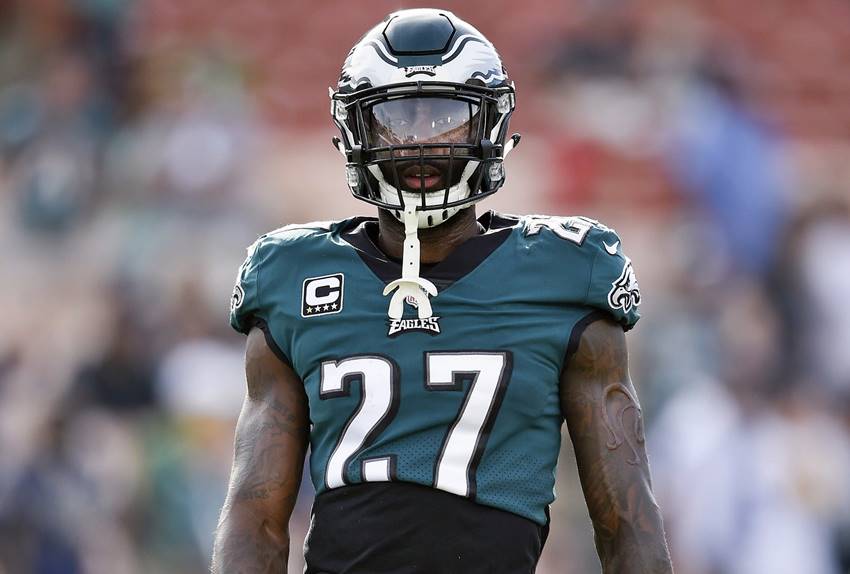 Malcolm Jenkins is headed back where it all started for him in the NFL.

The #Saints have agreed to terms with safety Malcolm Jenkins, per source.

JEnkins’ contract option for the 2020 season was not picked up by the Philadelphia Eagles earlier this week.

Originally drafted by the Saints in the first round out of Ohio State in 2009, Jenkins helped the Saints win the Super Bowl as a rookie. He left New Orleans for Philadelphia in 2014 and became a Pro Bowl performer. The Eagles won the Super Bowl two years ago.

The New Orleans Saints announced today that they have agreed to terms with safety Malcolm Jenkins on a four-year contract. The announcements were made by Saints’ Executive Vice President/General Manager Mickey Loomis.

Jenkins, 6-0, 204, rejoins the Saints for whom he began his professional career in 2006 as a first round draft pick (14th overall) out of Ohio State. The Piscataway, N.J.. native is a veteran of 11 NFL seasons, playing his first five in New Orleans and his last six with the Philadelphia Eagles.
Jenkins has played in 167 career regular season games with 159 starts and has career totals of 1,076 tackles (784 solo), ten sacks, 17 interception with six returned for touchdowns, 115 passes defensed,15 forced fumbles, nine fumble recoveries, 44 special teams stops, three coverage forced fumbles, one coverage fumble recovery and three blocked field goals. His six picks returned for touchdowns since 2009 are tied for third in the NFL during this period. He has played in 12 career postseason contests with ten starts for two Super Bowl championship teams and has recorded 75 tackles (57 solo), two sacks and five passes defensed. In his 11 campaigns he has played for seven playoff teams, four division champions and two Super Bowl champs. He has earned Pro Bowl honors three times (2015, 2017 and 2018) and was an Associated Press second-team All-Pro

Jenkins signed with the Eagles as an unrestricted free agent in 2014. In 2019, he started all 16 games and led the Eagles with 118 tackles (82 solo), 2.5 sacks, 12 passes defensed, a career-high four forced fumbles, one fumble recovery, two special teams stops and one blocked field goal. In the NFC Wild Card Playoff loss to Seattle, Jenkins posted ten tackles and a sack.

At Ohio State, Jenkins was a team captain and consensus All-American selection as a senior in 2008 and was honored with the Jim Thorpe Award, which is given to the nation’s top defensive back.

Both during his tenures with the Saints and Eagles, Jenkins has been one of the most socially conscious and community-minded players in the NFL. In 2019, he was nominated for the NFL Walter Payton Man of the Year Award for the third time and was the recipient of the 2017 NFLPA Byron “Whizzer” White Award for extraordinary philanthropic and on-field performance. He launched his “Malcolm Jenkins Foundation” in 2010 to provide resources, experiences and opportunities for underserved youth. The foundation’s active in New Orleans, New Jersey, Ohio and Philadelphia. In New Orleans alone, since 2012, the foundation’s scholars program has awarded more than $128,000 in scholarships, of which 70% of the scholars are first generation college students. In 2017, he co-founded the Players Coalition to organize a group of NFL players’ fight for racial and social equality.

Opening Statement:
“I am very, very excited to be coming back to New Orleans, especially at this point in my career. It kind of feels like everything’s coming full circle and obviously with the success that the team has had in the last few years, being able to come back and just help push the team just with that one more step that I think it needs to be back in that Super Bowl again. I’m super excited and grateful for Mrs. Benson, Mickey Loomis and Sean (Payton) for giving me the opportunities to come back. New Orleans is family. I still have a place down there and my second daughter’s middle name is NOLA because I love that place. I’m excited to be back in the community. My foundation has maintained our programs in New Orleans over the last six years. It feels like I’m coming back home.”

How much have you grown as a player since the first time you were in New Orleans from 2009-13?
“I think I’ve grown tremendously. Mainly because I think I figured out what it is I do best and what roles those are. I think I have a better understanding of how to do that in a defense and coaches I think have allowed me to excel in that role. I think I’ve grown a lot just from learning the game, but also learning (about) myself”

And over the same span, how much as a humanitarian, because your charitable donations and your work in the community are pretty well known. How much will you dive into to the situation now?
“Yeah, I think for me, like I said, we started off my foundation in New Orleans and have maintained our programs there, even though I haven’t been there in the last six years. We’re still giving out scholarships and doing our food drives, but I think like any community that we go into, it’s really about assessing what the need is. And I think as we deal with this virus, not only from a health standpoint, but financially and how it’s really hurting a lot of people, especially in New Orleans that’s a service-based, tourist based industry, there’s going to be some unique ways or some different ways people need help. I think the first part is just really analyzing what the issues are and figuring out how myself and my foundation or what other organizations are doing work that’s effective and then supporting that.”

It seems like you were a free agent for about a minute and a half before you chose the Saints. Was this a matter of they were your first call, you were their first call and you didn’t need to hear from other teams, or did you have enough time to hear from a lot of teams and weigh other options?
“For me, it really was not about the highest bidder or anything like that. I knew I wanted to either stay in Philadelphia or if I was going to go anywhere else it was going to be New Orleans. Just because at this point in my career I want to be near my family, to be on a team that can win and to be happy. For me, this was my first choice and it seemed to be mutual so (there was) no need for me to really wait too much longer.”

Did the Saints let you know, I know it seems obvious that they value things like your leadership and your ability to line guys up on the field, but did they convey to you what they’re looking for from you in those kinds of areas?
“Not yet. We talked very briefly just very surface level. What kind of defense they’re running and things like that. I think for me what I want to come in (and do) is this is a whole different team since I was there. I don’t want to come in and try to take over anything or change anything. They’ve already got it working. And so for me it’s just figuring out what’s my role, how do I help some of the younger guys develop, how do I support some of the leaders on the team already and master whatever my role is going to be on the team. But I think we’ve some time to define what that is.”

I know you came back after the unfortunate death of Will Smith. Did that impact or motivate you to do more work in the community or anything like that?
“No, I think if anything with Will passing, it just makes you appreciate the relationships you build in this game, especially from that team, that Super Bowl team, that kind of era. I’m still really tight with a bunch of those guys. I still have Will Smith’s picture in my locker because you build relationships and they just let you know that life’s short.”

What’s been going on in your home life trying to navigate the coronavirus situation with them?
“I think with so much uncertainty, you’re trying not to panic and be too crazy. At the same time you want to take precaution. It’s just been hanging out in the house doing things, cleaning up, reading books. Get through things that you put off, doing workouts in my backyard, nothing too serious. I’m usually not training really hard at this time of the year anyway, so just trying to stay active, but the main thing I think, the priority right now is just stay safe. Staying inside as much as possible just to make sure that, one, myself and my family are safe, but we’re not also endangering anybody else.”

Have you taken on the teacher role to your kids?
“They are doing a homeschooling program and next week I’m in charge of the history portion of their curriculum, so that’ll be fun.”

Have you had the chance to reach out to any of the new guys who are going to be working with in the secondary?
“No, not yet. I haven’t yet. I think everybody’s kind of just hanging out with all of this stuff going on. But I’m sure we’ll be talking soon. I just talked to the defensive backs coach (Aaron Glenn) yesterday. I think as the days go by, (I) will start reaching out to all those guys.”

They’re down to just three Ohio State guys on the Saints roster at the moment?
“I know, man, I was looking forward to be a part of the entire Buckeye secondary.”

How much has the leadership role grown in your game, being that guy that people turn to get guys lined up?
“I value the role because I think it helps us win, not only, I think early in my career it was really knowing the defense and being able to get guys lined up so that we were all on the same page and I think over the years it’s taken the next step to where, you know, I’m able to get guys in positions to make plays, not just get lined up in our defense, but to be able to put them in a spot where they can make a play. It’s not necessarily just about me or whatever. We were a lot more successful when you got guys and not just me, but we have got a cast of guys that can really manipulate the pieces, based on what they see, based on what they studied and put teammates in the right position to make plays.”

Have you been able to do any social justice work with the Demario Davis just through the players coalition or anything like that?
“Yes, we’ve been doing a ton of different things, especially early on. We really all were kind of sort of work(ing) together, as the years (have) kind of gone we’ve expanded and guys are focused really on their markets. Demario’s been doing a lot in New Orleans especially and then some other stuff he’s been doing along the border with immigration and things like that. Definitely, I’m very familiar with Demario and his work, pretty tight (with him) and he’s a big voice in the coalition. I’m excited to kind of join his efforts when it comes through some of the social justice work.”

What’s on your quarantine reading list?
“Let’s see, right now I’m reading a book, The Case of the Colored People. Then I wanted to read “Share the Stories of Iceberg Slim” and then I got the book I mentioned there’s Michael Eric Dyson, a book About Jay Z. Those are the next ones I’ll read.”