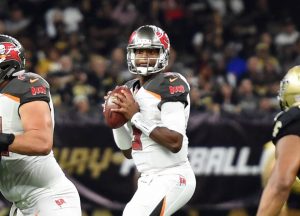 Winston, the No. 1 overall pick in the 2015 NFL Draft out of Florida State, is just 26. He left the Bucs after five seasons when the team elected to sign six-time Super Bowl champion Tom Brady in free agency.

Last season, he passed for an NFL-leading 5,109 yards but also became the first quarterback in league history to throw for both 30 touchdowns and 30 interceptions in one season. Seven of his interceptions were returned for touchdowns, including his final pass of 2019, which was returned in overtime by Falcons linebacker and New Orleans native Deion Jones for a game-winning score.

“There’s so much good and and so much outright terrible,” Bruce Arians said of Winston following the season finale.

If Winston signs with New Orleans, he will get a chance to learn from Sean Payton and Drew Brees with hopes of resurrecting his career – perhaps in the Crescent City once Brees retires or for another NFL job, like Teddy Bridgewater did this offseason in Carolina.

Stay with Crescent City Sports for more on this developing story.