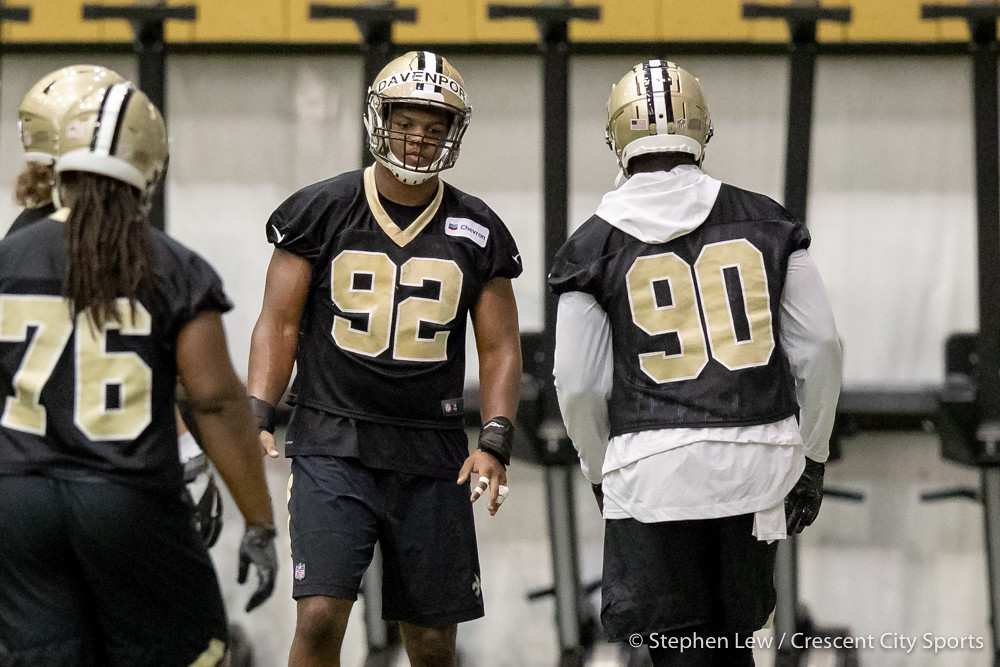 The defensive end out of UTSA is expected to be in a cast for three weeks after ligament repair surgery planned for after this week’s full squad Saints minicamp, noted Rapoport.

It’s a minor ligament injury that’ll put him in a cast for 3 weeks… then a few more weeks to get it right. Perfect timing and explains why Davenport should be fine by camp. https://t.co/A2HLhHOVSQ

Indeed, the timeline for recovery should have Davenport’s thumb fully healed by the opening of training camp in late July.

The Saints traded up in the first round, this past April, giving up next year’s first rounder to the Packers to select Davenport 14th overall.