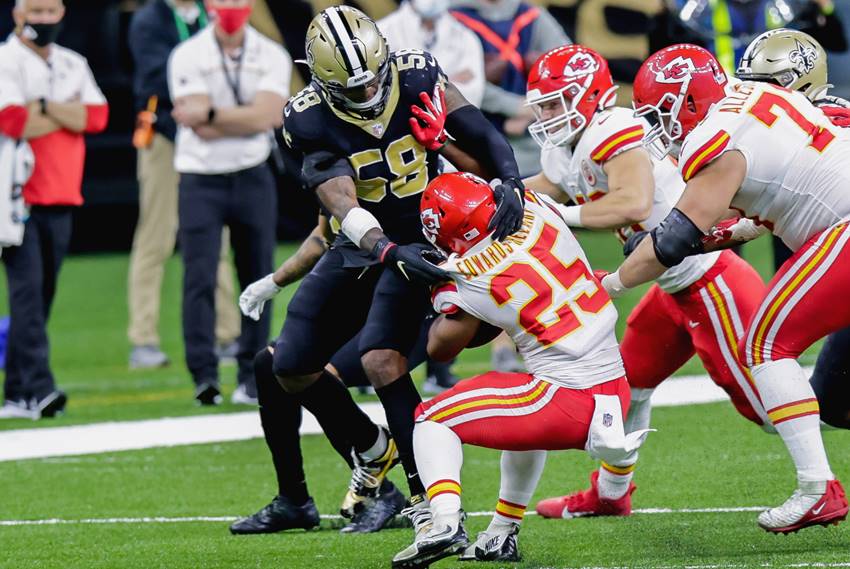 It came as no surprise in March when the salary cap-strapped Saints released injured linebacker Kwon Alexander and his roughly $13 million non-guaranteed salary.

However, a reunion could happen.

The former LSU standout visited the Saints on Tuesday, according to Adam Schefter of ESPN.

The Saints acquired Alexander in a deal with the 49ers last November but lost him late in the regular season due to torn Achilles tendon. Schefter reports the soon-to-be 27 year old is fully cleared medically to return to football.

Kwon Alexander also now has been cleared from his Achilles injury and is ready for football drills, per source. https://t.co/9bJL098MW5

The former 2015 fourth-round pick of the Bucs spent four years in Tampa Bay before signing with San Francisco in 2019.