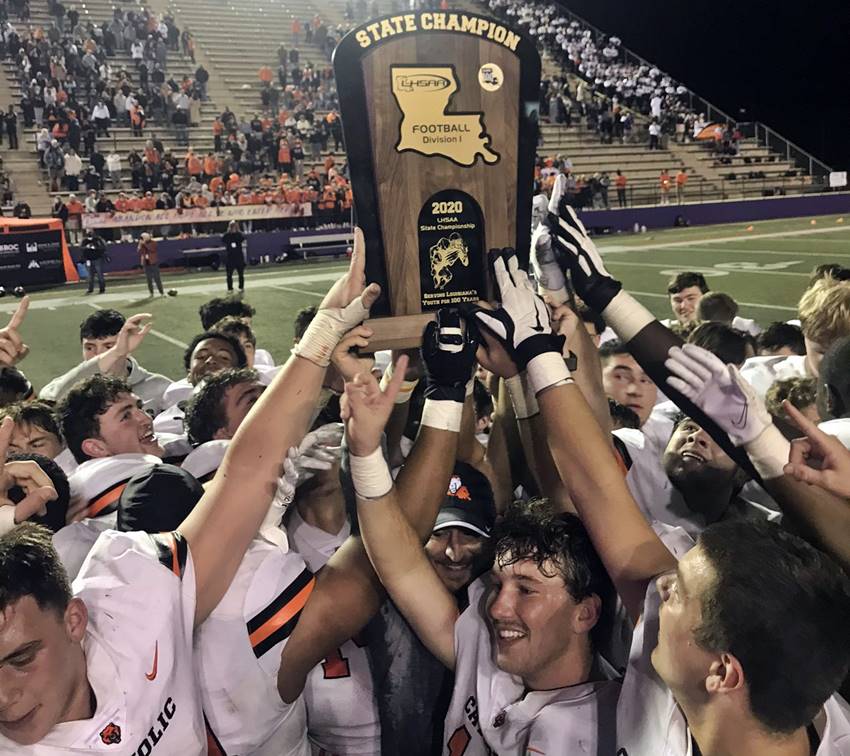 The LHSAA did not comment to WAFB on the sanctions it has levied against Catholic, winners of the 2020 State Division I championship in football. WAFB’s Jacques Doucet reported that the most recent state title and the 2017 championship along with the 2018 and 2019 runner up finishes will be revoked.

Catholic High School Athletic Director Ben DiPalma issues statement – the Bears 2017 and 2020 state football titles, along with their 2018 and 2019 State Runner-up Titles will be revoked. @WAFB

In the past, the LHSAA held news conferences to discuss sanctions against other area football programs including Southern Lab and McKinley High School.