WESTWEGO – It was a battle of top-ranked teams.

The Warriors turned it on in second half to down Ouachita Christian 66-54 to win the 11th Annual Allstate Sugar Bowl National Prep Classic Gold Bracket at the Alario Center in a game aired live Saturday afternoon at Crescent City Sports.

The first half was a see-saw affair, with 12 lead changes.

After Amite jumped out to a 4-0 lead, the Eagles got hot, and outscored the Lady Warriors 18-8 the rest of the period to take an 18-12 lead.

The second quarter saw Amite score the final four points to take a 33-31 lead at halftime.

The Lady Warriors (16-2) basically won the game in the third quarter, opening the frame on an 11-0 run to take a 44-31 lead and maintained a solid edge the rest of the way. Amite led 53-38 going to the final quarter.

The Eagles got within 10 points on a couple of occasions in the final quarter but would get no closer. 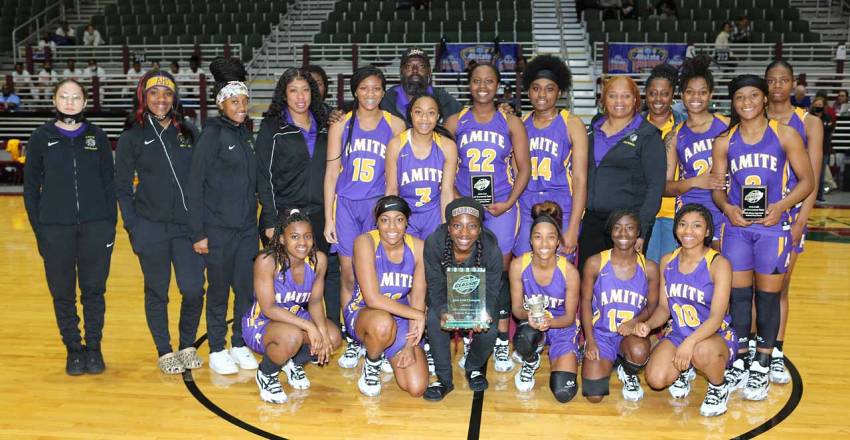