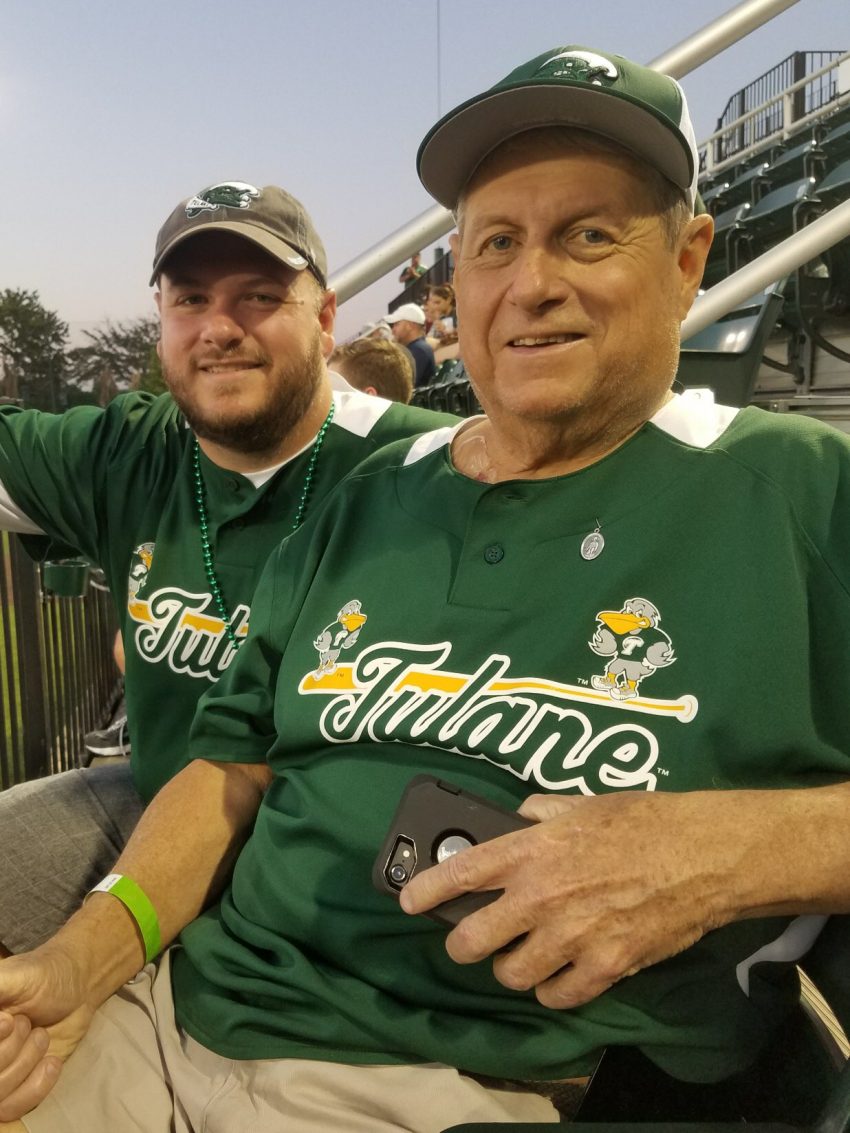 Take a walk around Tulane’s athletic facilities, and you see the names of alumni and supporters who have helped fund the brick and mortar – names like Wilson, Weiner, McWilliams, Greer, Turchin, Fogelman, Devlin, Yulman, Benson and Hertz.

Brick and mortar is important. Heart and soul is something else.

Mike Johnston, the longtime president of the Tulane Greenbackers fan club, was the heart and soul of Tulane’s fan base.

The Greenbackers announced Johnston’s passing late Wednesday afternoon after a battle with cancer. “Gamedays will never be the same,” the club said in its post.

The Greenbackers are sad to report the passing of club President Mike Johnston.

A member since the beginning, Mike led the club for decades even as he battled health issues in recent years.

Gamedays will never be the same. Please keep Mike’s family in your thoughts and prayers. pic.twitter.com/bAxFIZkBbT

If you attended a Tulane sporting event over the last four decades, there’s a better than average chance “Big Mike” was there too, along with a handful of other Greenbackers.

The Greenbackers slogan is “support Tulane Athletics and have fun doing it.” Mike checked both of those boxes in a big – no, make that enormous – way.

Greenbackers meetings on Thursday nights – usually at a local watering hole but most recently on Zoom – provide their share of fun and usually have a prominent athletic department speaker: administrator, coach, media member. Mike made sure guests were treated like gold.

A lot of those people were sharing – sadly – the news on social media Wednesday night, adding their own thoughts and condolences.

“Thank you for welcoming me into the Greenbackers Family,” baseball coach Travis Jewett wrote. “May your spirit and love for all Tulane Athletics forever be remembered.”

“Will miss seeing him and hearing his voice well before actually shaking his hand,” wrote former Tulane broadcaster and current Pelicans radio voice Todd Graffagnini. “Such a wonderful and generous person.”

“In all of my years with Tulane,” former baseball player and coach and now Delgado baseball coach Joe Scheuermann posted, “I never met a man that loved the Wave more then he did.”

Even in the sterile atmosphere of the Superdome, where Tulane played until 2013, the Greenbackers would be tailgating atop one of the Dome’s parking garages. Once games moved back to campus for the 2014 season, they have had a big presence in the tailgating area in the center of campus.

There are 15 other sports at Tulane, though, and Mike found his way to just about every home event and even some of the shorter road trips. Didn’t matter the sport. If there were student-athletes competing and wearing the Olive and Blue, it was important to Mike.

Sometimes, the support wasn’t even directly for Tulane athletics.

Getting a facility – or even a portion of one – named in your honor or memory usually involves donations with one or perhaps two commas in the amount.

Perhaps someone can earmark a few dollars in memory of Big Mike to have that happen at Tulane. It doesn’t have to be fancy – perhaps a beer garden or a section of the bleachers.

Because of COVID-19, Saturday’s football home opener against Navy will only have guests of student-athletes in attendance, meaning there would be no Greenbackers at a Tulane home game for the first time in who knows when.

Mike Johnston’s going to have the best view of the action.