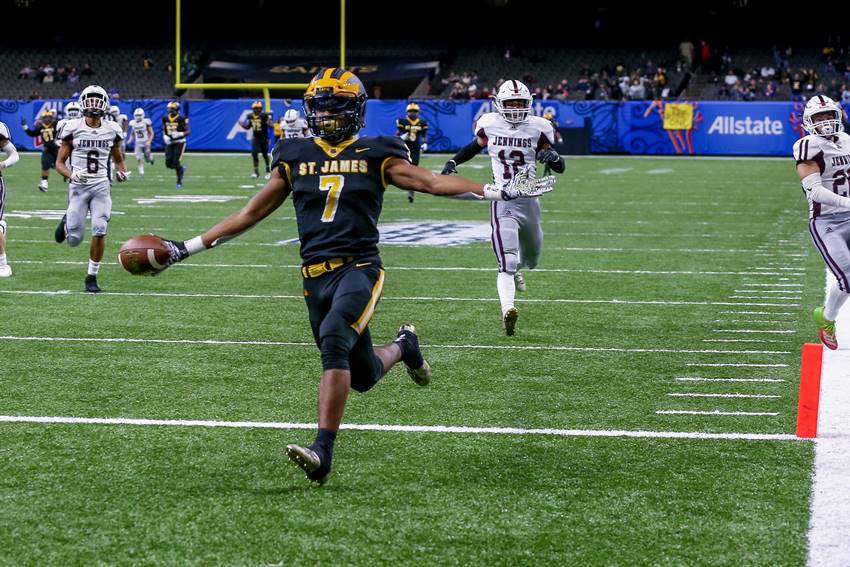 Ed Orgeron has been emphatic, stating that he will scour the countryside to bring in the very best talent that he can find to LSU.

That’s easier to do when you and your assistants can personally go see recruits.

On June 1, the top comes off of the lid that prevented personal visits due to COVID-19.

Orgeron could hardly corral his enthusiasm as he spoke on the Off the Bench radio show recently.

“I can’t wait to see them and evaluate them,” he said. “We haven’t seen a high school player work out in over a year. June is gonna be a tremendous month. We’ve got some official visits coming in. We’re gonna save the state of Louisiana guys; they’re gonna come unofficially. We want them to come during the season, some top guys from out of the state, so I’m excited about that.”

As you expect from an elite program, the Tigers are lining up some impressive 2022 prospects. Here’s a sampling.

ILB Demario Tolan (6-2, 205) Orlando, Fla…No. 9 rated at position has June 18 as scheduled date for visit. Will tack on weight and should carry 225 pounds or so eventually. Excellent in coverage, very athletic, honors student. Plays LB, RB and WR while also 110 meter hurdler. Top three include LSU, Florida State and Miami.

CB Denver Harris (6-1, 180) Houston…Top 5 prospect out of Texas and No. 3 rated corner in country will land in Tigertown June 11. Was district 21-6A Defensive Player of Year in 2019. In-state Longhorns are the perceived leader but LSU, Alabama and Texas A&M are competing.

DT Dominick James (6-2, 275) IMG Academy out of Prairieville, Alabama…will decide prior to ’21 season opener. Comes to town June 18. Has narrowed down to Ohio State, LSU and South Carolina but Oregon is also making a push. D-line coach Andre Carter giving pitch for Tigers. James has strong hands, gets pressure, explosive. In ’20, he had 30 stops, 11 TFL and a sack in just six contests.

ATH Chris Graves (6’1, 175) Fort Myers, Fla…heads to LSU on June 18. Finalits are LSU, Miami and South Carolina. Played WR but moving to CB. Still in process of figuring out new position but has great hips. A long range outstanding prospect, he is a current three-star diamond in the rough. Had 26 tackles, 4 PBU and 1 pick in 2020. Also recorded 27 catches for 500 yards and 4 TD’s on offense.

WR Shazz Preston (6-0, 190) St. James…Mickey Joseph recruiting for Tigers. Will be tight battle between LSU and Mississippi State, where his brother plays. Alabama and Texas are a step behind.