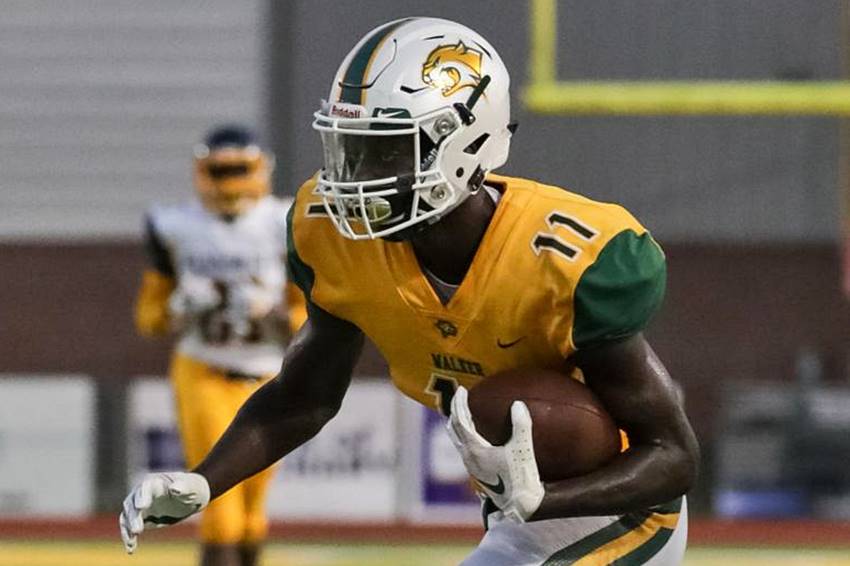 Following much deliberation, Walker High School’s Brian Thomas Jr. announced his decision Tuesday to attend LSU. He becomes the 23rd signee for the Tigers for the 2021 class. Thomas is the fourth overall ranked player in the state.

The final two spots available out of the maximum of 25 should go to transfer options for 2021.

The 6-foot-4, 190-pound Thomas is very similar to former LSU and NFL wideout Michael Clayton. Both excelled on the hardwood and held scholarship offers in both football and basketball.

In fact, Thomas has only played football for three seasons, having concentrated most of his attention on basketball where he averaged 17 points and 10 rebounds as a junior. He attracted offers in basketball from Tulane, Texas A&M, Coastal Carolina and Houston, among others.

Football is where he grabbed the greatest attention, totaling 105 catches for 1,779 yards at just under 17 yards per catch with 24 touchdowns the past two seasons.

Thomas’ big frame makes him a huge playmaker in the red zone since he is great at winning 50/50 balls and possesses a superb catching radius. He will bring much needed size to LSU’s talented receiver corps.