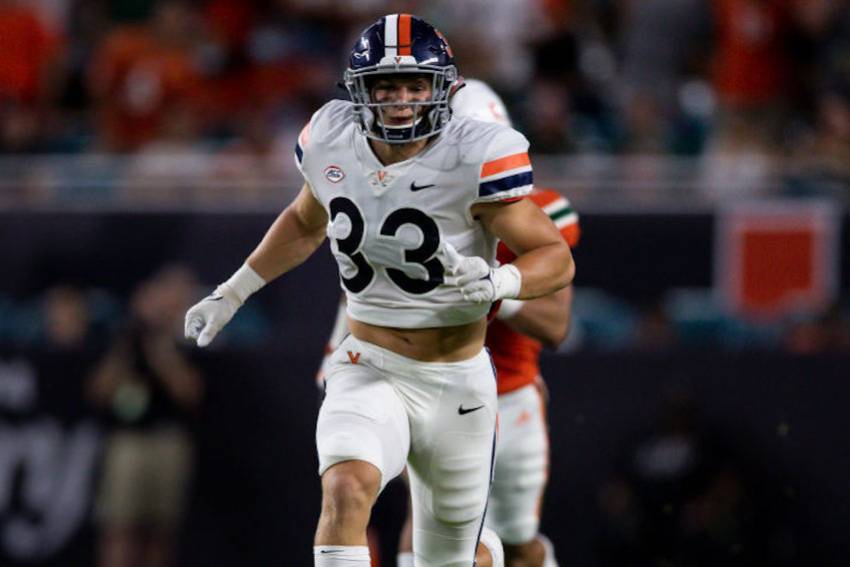 LSU’s Brian Kelly showed he will continue to search for players who can upgrade the roster through the transfer portal.

Virginia linebacker West Weeks decided to transfer to LSU for the 2022 campaign. He spent the ’21 season as a true freshman and played in 10 contests, contributing 31 tackles, one sack and defending five passes. His season high came against Pittsburgh where he recorded eight tackles. He suffered a broken leg in the season finale Nov. 27 against Virginia Tech.

The 6-foot-2, 220 pounder out of Watkinsville, Ga. can run very well, locates ball quickly, delivers knock out hits and rarely takes a false step as he diagnoses a play as it develops. He played strong strong, outside linebacker, quarterback and wide receiver in high school.

His younger brother Whit (6-2, 200) is a three-star linebacker prospect, also out of Watkinsville, Ga., who has already received an offer from LSU for the 2023 class. His father David was a team captain and All-SEC offensive line at Georgia in 1995.