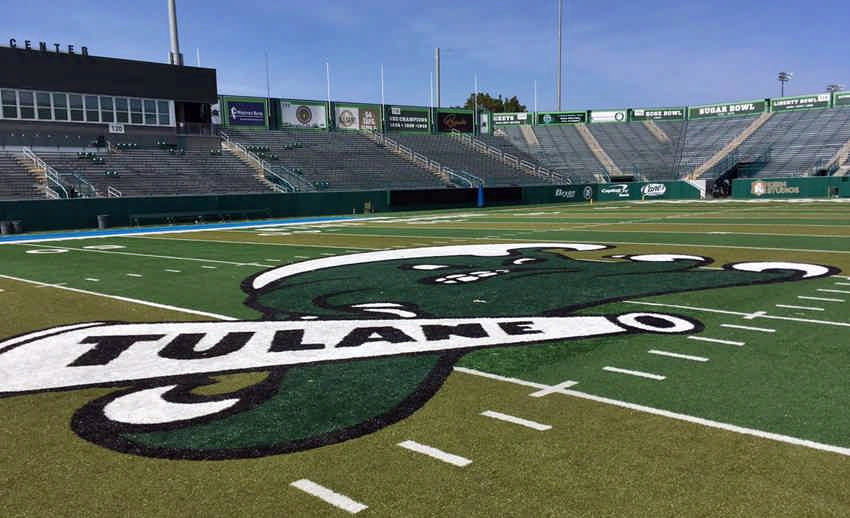 This is the time of the year when college football teams must re-stock their rosters. Signing day was the only option just a few short seasons ago, but now there are two of those (mid-December and early February) plus the endless activity from the Transfer Portal.

Of course, more transfers could be signed but the traditional recruiting route is still a key factor. The late signing date arrives February 2. Willie Fritz and his staff have specific positions and players in mind. These are some who could be donning the olive and blue of the Green Wave in 2022.

Besides Tulane, Brown is considering offers from Houston, Boise State, UTSA, North Texas, Iowa State, Colorado State, Boston College, Nebraska and LA Tech. He recorded an impressive 126 tackles this past season with 14 for losses and a pair of interceptions. Brown also runs the 200 meters plus relays and long jumps at Eagle Landing Christian Academy. He plays very well in space, excels as a blitzer, is difficult to turn the corner on and chases down plays across the field.

Tulane came in late with an offer January 9 but has made up some ground. The Wave only signed one linebacker in December.

Mulling over offers from Princeton, Yale, Air Force, Appalachian State, Dartmouth, Colgate, Navy and Harvard, it’s clear academics is not an issue. He accumulated an eye popping 173 tackles, 34 TFL with six sacks and two interceptions this season alone. With 4.62 forty speed, a 33″ vertical and 415 lbs. squat, Reynolds is very physical tackler who takes good drops in coverage, anticipates plays and wants to make every tackle.

Johnson received an offer from Tulane July 8, 2021. He is also considering Arkansas State, Fla. State, Miss. State and Virginia. He has good length, runs clean routes and uses his body to shield defender.

Shifty although he runs with power, Graham lowers his shoulder upon contact for extra yardage and runs away from pursuit. Houston, LA Tech, South Alabama, Tulane, Virginia and Marshall are in the mix.

Monette has attracted offers from Texas, Indiana, Baylor, Memphis, Miss. State, Missouri, SMU and Tulane. The Wave have a good chance of landing him. Tulane’s staff offered last February. He can line up as a 3 or 5 technique. A leader on and off the field, Monette diagnoses plays quickly and makes a bee-line for the ball with assured first steps off the snap. He could tack on 20 to 25 pounds to his frame.

His offer arrived from Tulane August 2020. Robertson snared 63 passes for 1,183 yards and 13 touchdowns this past season. Besides Tulane, LA Tech, McNeese, South Alabama, ULL and Florida State have offered the three-star talent. He gains good separation in his routes, catches in a crowd and comes back to the throw.

Perhaps undersized for the o-line and if adding bulk is not an option, he could line up at fullback or H-Back. Washington State, Chattanooga and UMass are Tulane’s stiffest competition. Hurst has an outstanding wrestling background. He plays with good leverage, balance and strength. The result is mobility that allows him to reach the second level with good initial pop in his blocks.

Air Force, Tulane, Colgate, New Mexico State, Houston Baptist, Texas State and Richmond are among his suitors. He picks up receivers in stride, displays lightning-quick reactions, comes up and delivers a good hit. The type of ball hawk in the secondary you want as a center field type.