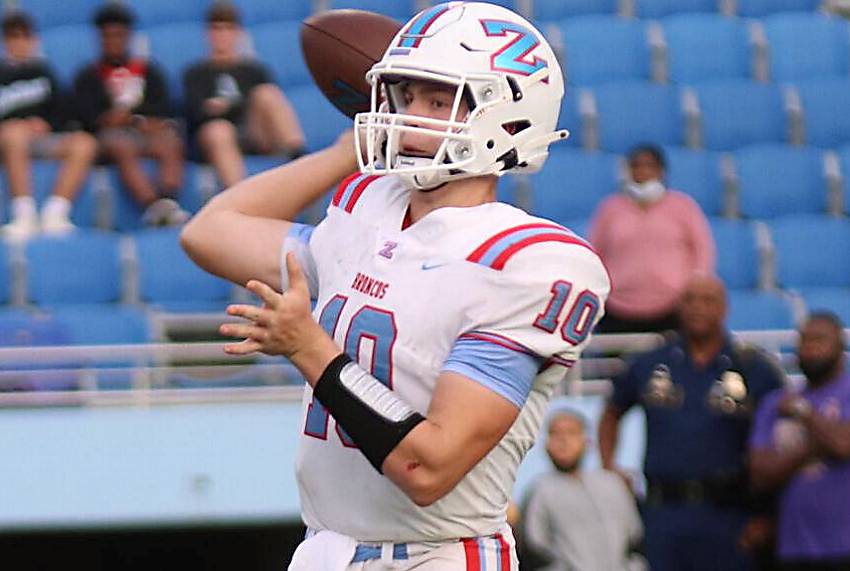 Recruiting coast to coast is heating up. You’ll begin to see official visits taking place, while commitments will increase as the 2022 football season nears.

With springtime scrimmages, the players are more visible and college recruiters are making their way to the sites for visibility and, hopefully, to lock up a prospect of their choice.

The focus of the LSU coaching staff for the 2023 recruiting cycle is beginning to shape up. Not to totally dismiss Newman’s Arch Manning, Dante Moore out of Martin Luther King (Michigan) or any other top signal callers for the upcoming signing class, but I am beginning to get the feel that Eli Holstein is gaining a deeper priority from Brian Kelly and the Tigers’ staff. My thoughts are that Manning is currently a heavy lean to Texas and Moore seems likely to be wearing Notre Dame garb in ’23.

The 6-4, 225 pounder from Zachary, Holstein possesses all the tools to succeed. He stopped at LSU for an unofficial visit the third weekend in May and returned Monday, May 16th. Holstein originally committed to Texas A&M on June 25, 2021, but he backed off March 18, 2022.

Eli Holstein was named Louisiana Football Player of the Year in 2021 after leading Zachary to a perfect 15-0 record and a Class 5A state title. He threw for 3,228 yards, 30 touchdowns, six interceptions, completing 65 % for the Broncos. He ran for an additional 523 yards and 14 scores.

Holstein is expected to make an official visit to Alabama June 10-12th. The Crimson Tide has assigned assistants, Bill O’Brien and Pete Golding to recruiting responsibilities. The Tide is the current leader in the clubhouse. It looks like Alabama, LSU and Florida will race to the finish.

With a 4.69 40-time with a 38″ vertical, He is a pocket pro style passer plus more athletically. He is not considered a running QB, but can gain first down yardage when necessary and can excel at placement throws in tight windows. His throws land in stride with the receiver.

His grades were highest among all quarterbacks at the SPARQ rating in Las Vegas for the Elite 11 camp. He is highly intelligent, processes the defensive alignment quickly and locates openings in the secondary. Holstein will step into the pocket but is not afraid to tuck it and go.

As for the rest of the recruiting scene, here is a list of upcoming visitors to LSU: