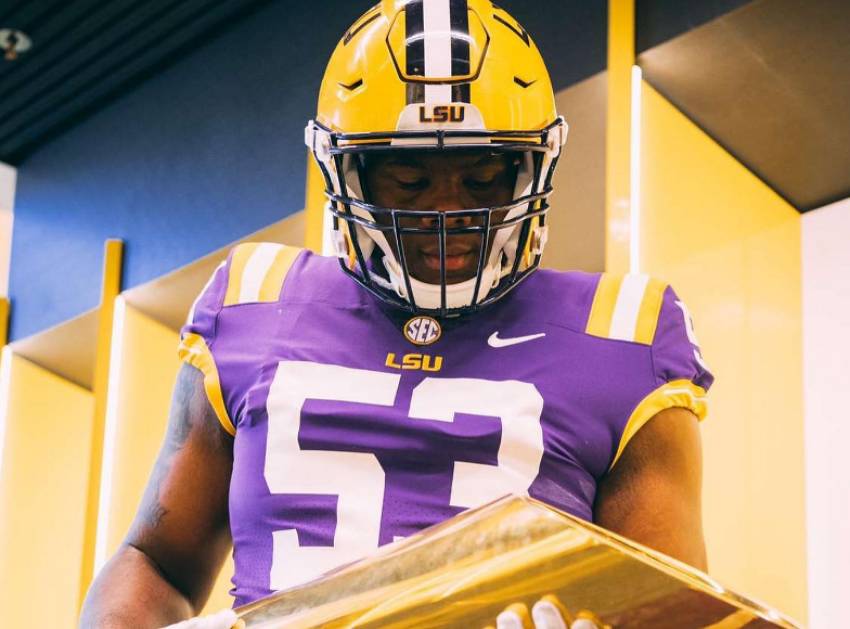 LSU gained a major commitment Thursday for the 2023 class when Neville offennsive lineman Zalance Heard became the 22nd overall pledge for the Purple and Gold.

The 6-foot-6, 305-pound Heard began his prep career as a defensive tackle at Bastrop. With an eye toward the future, he transferred to Neville and played offensive tackle as a junior. In his first season on offense, Heard earned All District and All-State honors as a right tackle opposite teammate Will Campbell, the starter as a true freshman at left tackle to start the season for LSU.

Heard moves exceptionally well for his size and has great feet. He’s a mauler who demolishes opponents and plays hard snap-to-whistle with a nasty attitude.