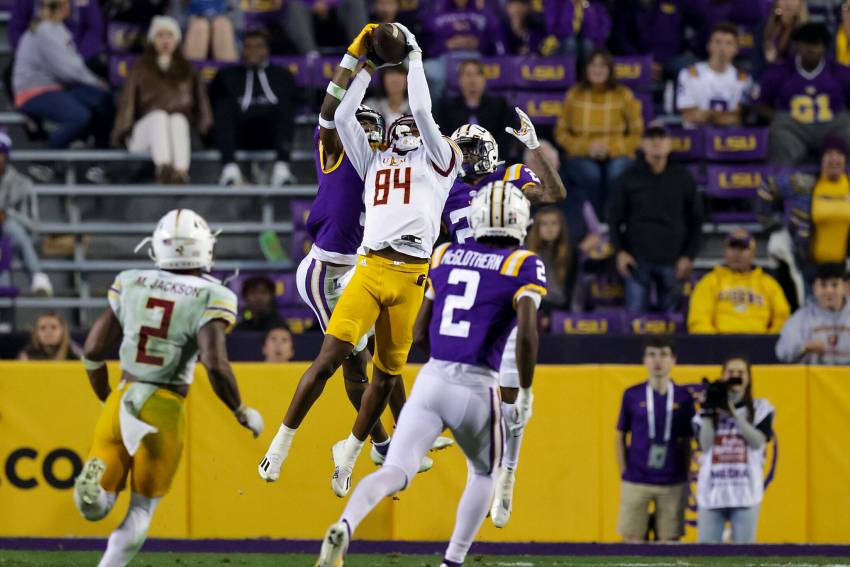 LSU cornerback Dwight McGlothern recently entered the transfer portal, and it didn’t take long for him to find a suitor. The former 2020 four-star signee out of Houston will now suit up for the Arkansas Razorbacks.

Since LSU recently added a pair of Arkansas defensive back transfers, Greg Brooks, Jr. and Joe Foucha, it’s turnabout as fair play for the Razorbacks.

McGlothern, a 6-foot-2, 186 pounder, possesses great length. He seemed to settle into the Tigers secondary after he helped fill the void with the absences of starters Elias Ricks and Derek Stingley, Jr. during the year. McGlothern was outstanding in zone coverage, showing quick twitch reflexes.

This past season, he recorded 32 tackles with a pair for losses, fives passes defended and an a return of an interception 37 yards for score in LSU’s 49-42 win over Florida. In the matchup against Arkansas on November 13, he chipped in with three stops and one pass breakup.