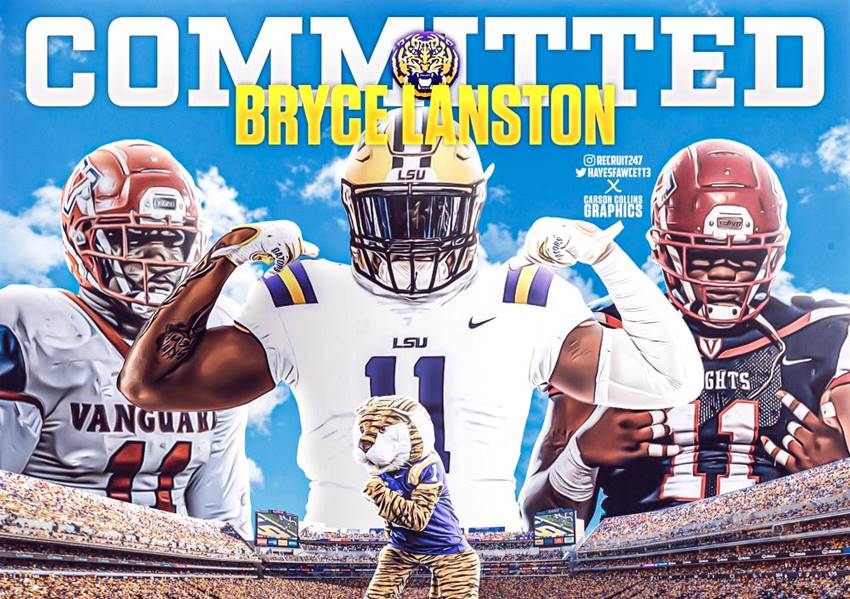 LSU’s 2021 signing class currently stands at 20 with the late addition of Bryce Langston on Thursday.

The 6-foot-3, 241 pounder out of Ocala, Florida was initially committed to Florida December 2, 2018 but decommitted May 9, 2019. Since that time, the four-star OLB/DE maintained a connection with the Gators by making four unofficial visits to Gainesville from July ’19 until March ’20. As late as December 18, most projected Langston to pull out a Gators baseball cap on early signing day.

But all of that changed through the relentless effort by LSU defensive line coach Bill Johnson, who keep the lines of communication open. When LSU lost the services of four-star defensive end Keanu Koht to Alabama this past week on signing day, the need to ink another similar player was more pronounced for the Tigers.

Langston lines up in a two-point stance often as an edge rusher and possesses a great first step and quick hands. An excellent pass rusher who seals the edge, he will chase down the runner. Langston will need to polish up his skills on the point of attack with blocker.