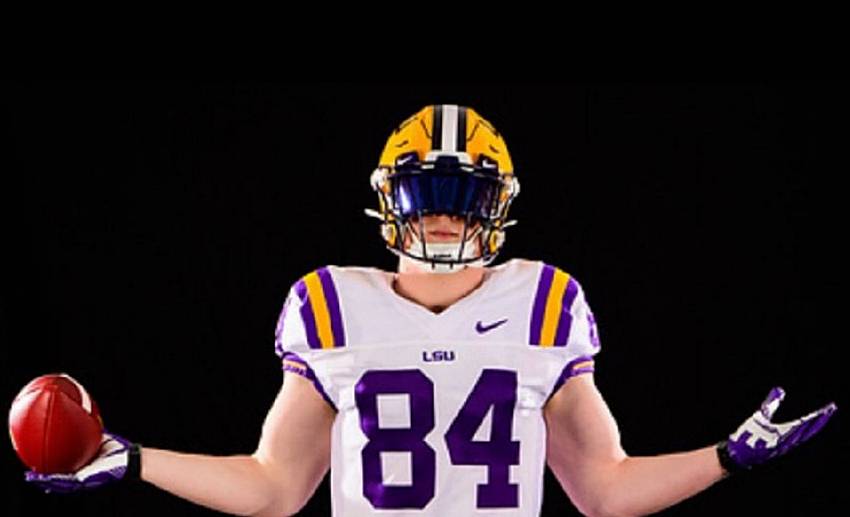 Markway is ranked as the fifth best tight end in the ’23 class. He was recruited by Brian Polian and Mike Denbrock.

His choice of LSU over Iowa specifically is somewhat surprising. His father was a tight end for the Hawkeyes in the late ’90’s. Also part of his good bloodlines, his cousin Kyle Markway signed with the Browns following a career at South Carolina. His uncle Steve Wisniewski was a standout offensive guard at Penn State prior to a long NFL career (1989-2001) with Raiders. Markway also has family ties to Louisiana.

In fact, Markway had originally committed to Florida in July ’21 but backed off in December when Gators coach Dan Mullen was let go.

Markway missed the 2021 campaign with a knee injury, but he has played varsity at DeSmet since his ninth grade season. He is a good pass catcher who also plays on both sides of the ball currently, is very physical at the point of contact, excels on the basketball court and shows great leadership in the locker room.

Kelly had a history of success with tight ends while at Notre Dame, sending eight to the NFL.