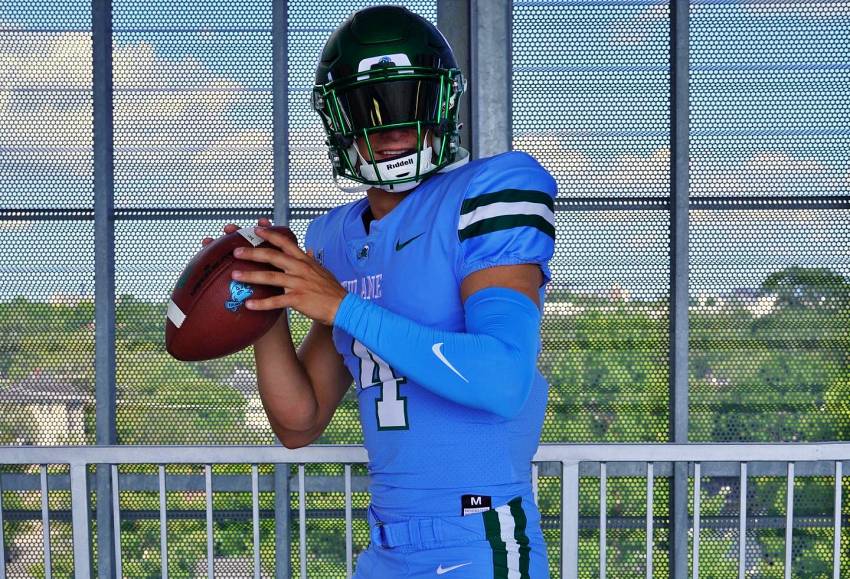 The Class of 2023 pro-style recruit visit the New Orleans campus two weeks ago.

After a great camp and talk with @CoachWEFritz and @CoachBoda6 I am honored and blessed to receive my 6th D1 and 1st FBS offer from Tulane. @GreenWaveFB pic.twitter.com/Eh6BI7xVDC

Smolik is experienced in a RPO-based offense, although he missed a large portion of his junior season with a broken collarbone. As a result, his other current offers are from Northern Iowa and other FCS programs.

The 6-foot-2, 185 pounder played running back before varsity and timed previously at 4.62 in the 40-yard dash. He has dual-threat ability.

Adept at throwing on the move after breaking containment, Smolik feels pressure but keeps his eyes downfield. He immediately recognizes holes in the secondary. He has an over-the-top delivery. His evaluation grades him highest in the decision making, quick release, poise, accuracy and pocket presence categories. Smolik also has a 3.8 GPA.

Tulane made their offer to Smolik official on Wednesday, June 22.