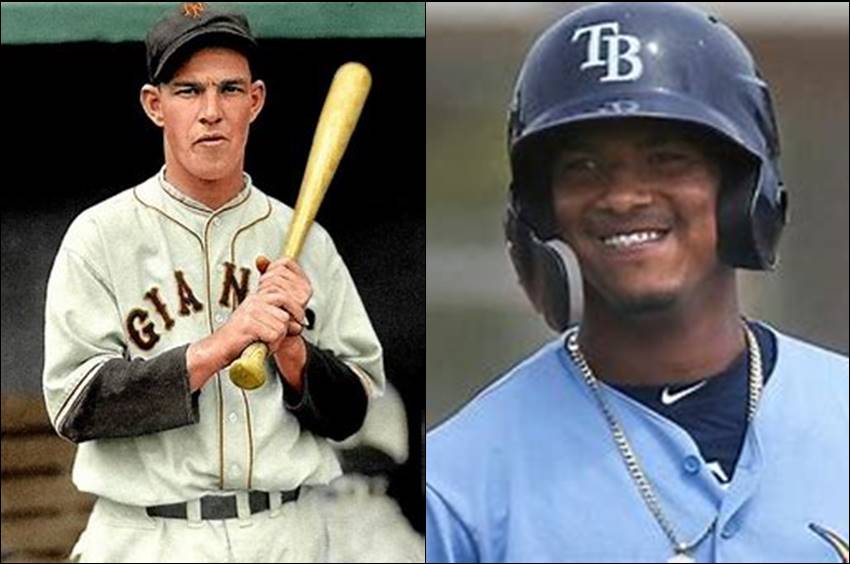 Highly-touted Tampa Bay Rays rookie Wander Franco has been everything expected of him since he made his major-league debut on June 22. The 20-year-old shortstop recently surpassed a record for players aged 20 or younger, when he reached base for the 34th consecutive game. Mel Ott and Arky Vaughan were the former players he topped.

Gretna native Mel Ott was only 20 years old himself in 1929 when he reached base in 33 straight games during the last six weeks of the season. He was in his fourth major-league season with the New York Giants, having initially debuted in 1926 as a 17-year-old.

Ott had been an All-Prep baseball selection in the metro New Orleans area in 1925, as a catcher from McDonough-Jefferson High in Gretna. He played for a lumber company’s semi-pro team that summer in Patterson, Louisiana. The company’s owner, Harry Williams, recommended that New York Giants manager John McGraw take a look at Ott, who ultimately signed a contract in January 1926 and joined the big-league club in the spring.

Under the tutelage of McGraw, Ott improved his skills in a part-time role during his first two seasons. By 1928, he had earned a starting spot on the Giants roster and finished the season with a .328 batting average, 18 HRs, and 77 RBIs in 124 games.

Ott went on to have a Hall of Fame career. At the time he retired as a player in 1947, he held the National League record for most home runs (511). His unique batting style of lifting his right leg while swinging the bat became his trademark. He also managed the Giants from 1942 through 1948.

Franco, a native of the Dominican Republic, was signed by the Rays as a 17-year-old in 2018, when he made his professional debut in the rookie Appalachian League. Prior to the 2020 season, MLB.com and Baseball Prospectus joined Baseball America in ranking Franco the overall No. 1 prospect. The anticipation of his promotion to the majors was on par with former teenage phenoms Ken Griffey Jr. in 1989 and Bryce Harper in 2012.