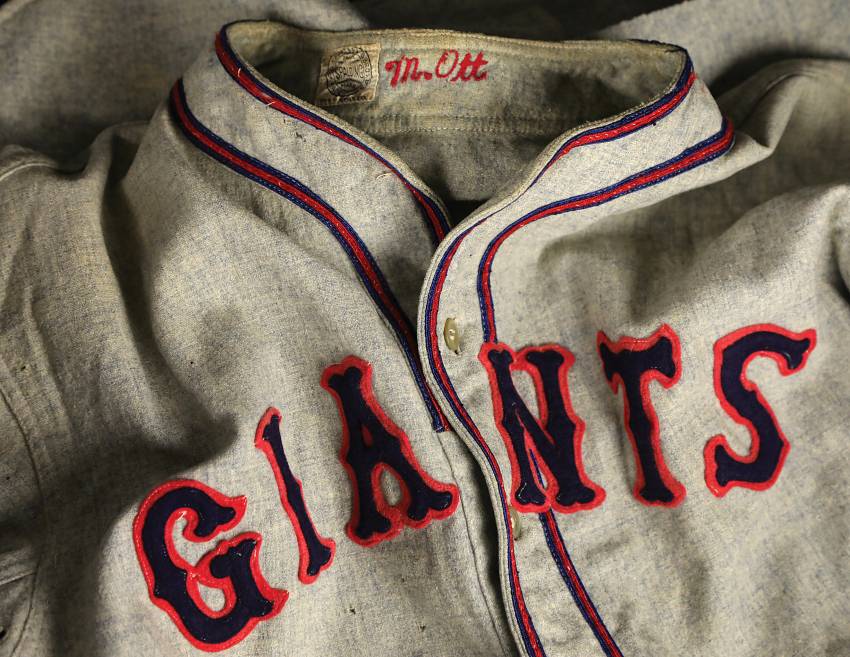 Mel Ott, former major league player and native of Gretna, is widely appreciated as the best ballplayer to come out of the New Orleans area. He was 16 years old when he signed his first professional baseball contract in 1926 with the New York Giants for a bonus of $400. He went on to play 22 seasons in the majors. Now, one of the jerseys worn by Ott with the Giants in 1931 is being auctioned by Lelands, a leading sports auction house. The starting bid is $100,000.

The press release for the public auction that ends on December 11 states, “Fewer than five jerseys worn by the Hall of Fame slugger and one of the greatest hitters in MLB history have survived the passage of time and been offered for public sale.” The press release also points out one of the features of this rare item is that “the jersey has been definitively photo-matched, referencing a rare baseball card of Ott in 1933.”

Ott died in 1958 after being seriously injured in an automobile accident on the Mississippi Gulf Coast. He was 49 years old. Mel Ott Park in Gretna is named for him.