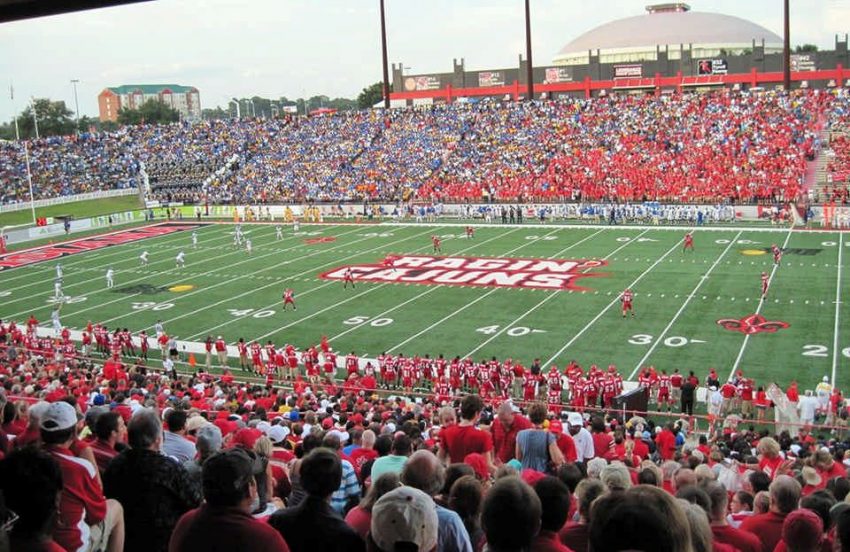 NEW ORLEANS — The Sun Belt Football Championship Game is set, as East Division champion App State will visit West Division champion No. 22/21 Louisiana at 3:30 p.m. ET/2:30 p.m. CT on Saturday, Dec. 4, in Lafayette, La. The matchup is the third between the two teams in the four-year history of the event.

Tickets for the Sun Belt Football Championship Game will go on sale to the general public at 11 a.m. ET/10 a.m. CT on Monday, Nov. 22.

Redshirt sophomore quarterback Grayson McCall returned under center for Coastal Carolina—and led the Chanticleers to a 35-21 victory over Texas State on Senior Day. McCall connected on 22-of-28 passes for 319 yards and five touchdowns, tying the Chanticleer program record for touchdown passes in a game.

Following a 28-20 victory over Arkansas State, Georgia State clinched bowl eligibility for the third-straight season. Redshirt senior running back Jamyest Williams rushed for a career-high 125 yards and two touchdowns, while senior running back Tucker Gregg added 99 yards and a score as the Panthers tallied 282 yards on the ground.

App State scored 42-straight points to close out a 45-7 win over Troy, clinching the Sun Belt East Division title and a spot in the Sun Belt Football Championship Game. Sophomore running back Nate Noel’s 102 yards pushed him over the 1,000-yard plateau for the season, giving App State a 1,000-yard back for the 10th-straight campaign. Senior linebacker T.D. Roof led the Mountaineer defense, which held Troy to 142 yards of total offense and just 33 yards on the ground. Roof registered four tackles, including 2.0 tackles for loss and a sack, to go along with a key interception deep in Troy territory.

In front of a crowd of 20,862, Georgia Southern hung tough with the highest-ranked FBS team to ever play at Paulson Stadium. The Eagles held a 17-14 lead over No. 14/15 BYU with 6:25 to play in the second quarter, before eventually falling 34-17. Freshman linebacker Eldrick Robinson II paced the Eagle defense with 10 tackles, his second-straight double-digit tackle performance.

Junior wide receiver Jalen Tolbert, who tallied 143 receiving yards and a touchdown on seven catches, was the lone bright spot in South Alabama’s 60-14 loss at Tennessee. A one-handed catch on the sideline and a 68-yard touchdown grab highlighted Tolbert’s sixth 100-yard receiving game of the season.

ULM gave LSU all it could handle in a 27-14 road loss. The Warhawks accumulated 311 yards of total offense—and may have flipped the script on the Tigers if not for a pair of drives snuffed out inside the LSU 2-yard line.