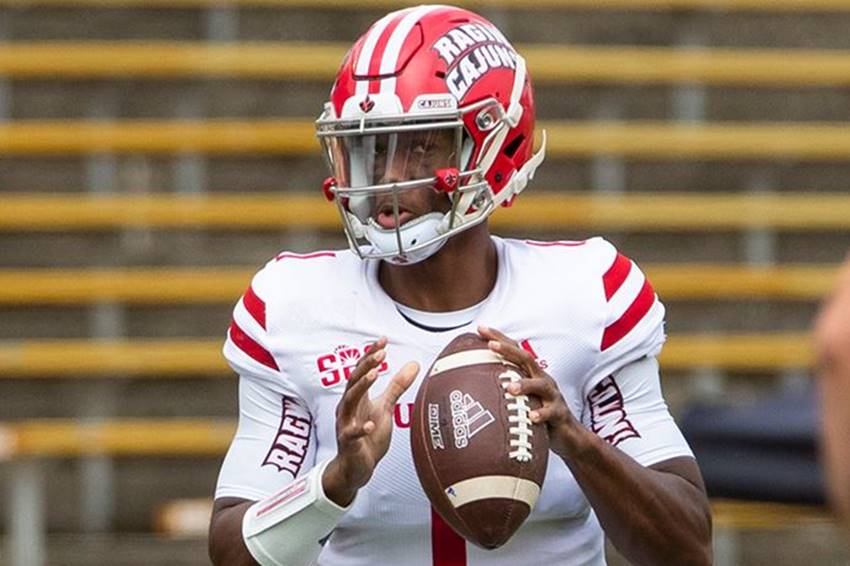 If you’re looking for a 2022 NFL Draft sleeper at the NFL’s most important position, look no further than Cajun country.

Former Louisiana Lafayette quarterback Levi Lewis, a small, mobile prospect, is being compared to the likes of Russell Wilson, Kyler Murray, Lamar Jackson and Michael Vick by some scouts.

He grew up in Baton Rouge and was a four sport athlete who chose football. Lewis is an electrifying dual-threat quarterback who gets downgraded by lack of size and level of competition.

Lewis wins in a lot of ways without prototype size for the position. He’s a leader with a quick release and the ability to read coverages. His ability to extend plays with great running ability leads to some comparisons with Jackson and Vick, but I rate Lewis as a better natural passer than Vick. He makes tacklers miss In the open field and has created some ridiculous highlight moments.

The 2019 season was supremely productive one for the Scotlandville Magnet alum, who passed for 3,050 yards with 26 touchdowns and only four picks. He also rushed for 195 yards and three more scores. Lewis didn’t have to run a lot in the Cajuns’ run-heavy attack behind a quality offensive line. Lewis was the first Louisiana Lafayette quarterback to throw for over 3,000 yards. In 2020 he threw for 2274 yards 19 touchdowns with seven interceptions and tacked one five rushing scores.

He has a similar frame to Murray but runs more like Jackson. The emergence of undersized quarterbacks have made it a trend that is having Lewis looked upon in a better light by NFL teams.

If he has a solid senior season in 2021, Lewis could see his draft stock rise to a mid-round selection in the 2022 NFL Draft.