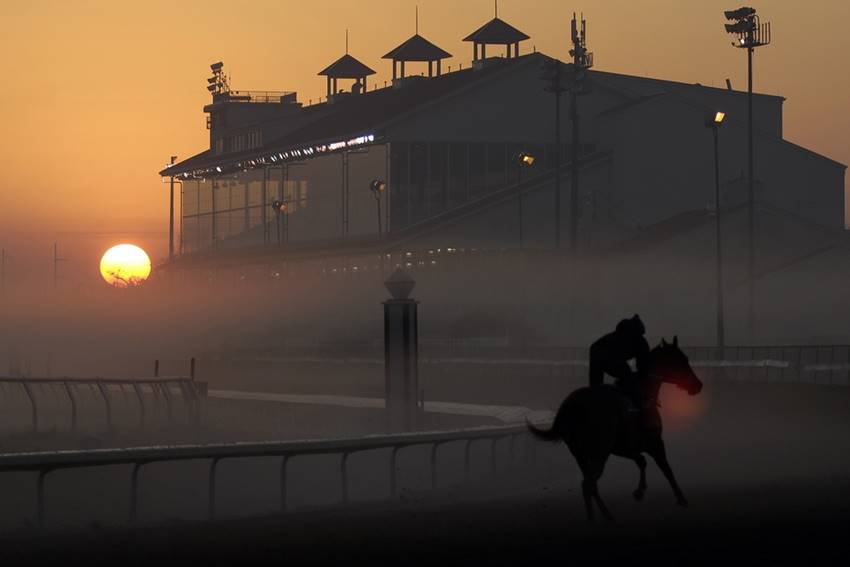 The Louisiana State Racing Commission voted 9-1 Thursday night to approve a request from the Louisiana Horsemen’s Benevolent and Protective Association to force Fair Grounds to take in as many as 500 Thoroughbreds from Evangeline Downs.

The HBPA took the matter to the LSRC after multiple requests to Fair Grounds were denied over the past week to assist in stabling horses and allow for training in the wake of Hurricane Laura, which significantly damaged Delta Downs in Vinton.

Evangeline’s Thoroughbred meet ended on Saturday and their backstretch must be cleared to allow Quarter Horses to begin to take residence in advance of their meet, which begins Sept. 17. Ironically, the first 10 days of the Quarter Horse meet at EVD were dates shifted from Fair Grounds to best accommodate the racing schedule amidst the COVID-19 pandemic.

Thursday’s vote came after a contentious 2½-hour hearing in which Fair Grounds presented witnesses on its racing surfaces and environmental compliance, each of whom laid out reasons why the local oval was not ready to take in horses until later this fall.

“We’re certainly committed to help these folks get through this. We know that pain.”

Added Fair Grounds attorney David Waguespack: “We would love to help. We’re just not able to do what the Commission wants us to do.”

Racing surfaces consultant Mick Peterson said that Fair Grounds needed an additional seven days of testing and at least 14 days to bring in and integrate sand from the Bonnet Carre Spillway into the racing surface. Environmental compliance expert Aimee Killeen said ongoing environmental work at Fair Grounds is not due to be completed until late October.

Still, the commission deemed Fair Grounds was capable of stabling horses and allowing for training. As many as 38 of Fair Grounds’ 49 barns are available.

“We want to do the right thing,” Fair Grounds senior director of racing Jason Boulet said, “but it’s … setting us up to fail.”

Waguespack said that Fair Grounds’ Citizens Advisory Committee had not yet been consulted. “We’ve been in litigation mode the last two days since this has been thrust upon us,” he said.

“I don’t want to offend anybody,” Chatters said, “but most of this stuff that you’ve heard from the Fair Grounds is total foolishness. Anybody that deals with racehorses does this every day. This (information) is not being presented in an honest fashion.”

Chatters noted the importance of Louisiana as an agribusiness and how the state helps each other in times of need.

“Louisiana depends on horse racing, and horse racing depends on Louisiana,” he said. “We need some help. Every racetrack is going to need help from another racetrack, as they have in the past and will in the future. Hurricanes are coming; it’s part of doing business in the state of Louisiana.

“When this situation is reversed, Fair Grounds will be asking Delta Downs or Louisiana Downs or Evangeline Downs to help them, and they will.”

Among the items in the order passed Thursday:

*Thoroughbreds scheduled to be stabled at Delta Downs for the 2020-21 Thoroughbred meet, including those stabled at Evangeline Downs, be allowed immediate access to stalls to stable at both Louisiana Downs and Fair Grounds.

*The personnel caring for these horses be provided customary living quarters.

*Horses stabled at these facilities be allowed to train Monday through Saturday from 6-10 a.m., with associated gate and timed works on Saturday.

*Tracks will provide required security and maintenance in the backstretch area.

It’s the second time this year the LSRC has had to take up issues of stabling horses in case of an emergency. When the COVID-19 pandemic began in March, the LSRC issued an emergency order to force horses to remain at their current location and be allowed to train under the National Thoroughbred Racing Association’s safety protocols.

Fair Grounds, whose meet was cut short by a week because of the pandemic, allowed horses to remain on site and train as mandated.

Waguespack set the stage early on that approval of the motion could be challenged.

“The Commission is attempting to issue a mandatory induction,” he said. “That is reserved for the courts.”