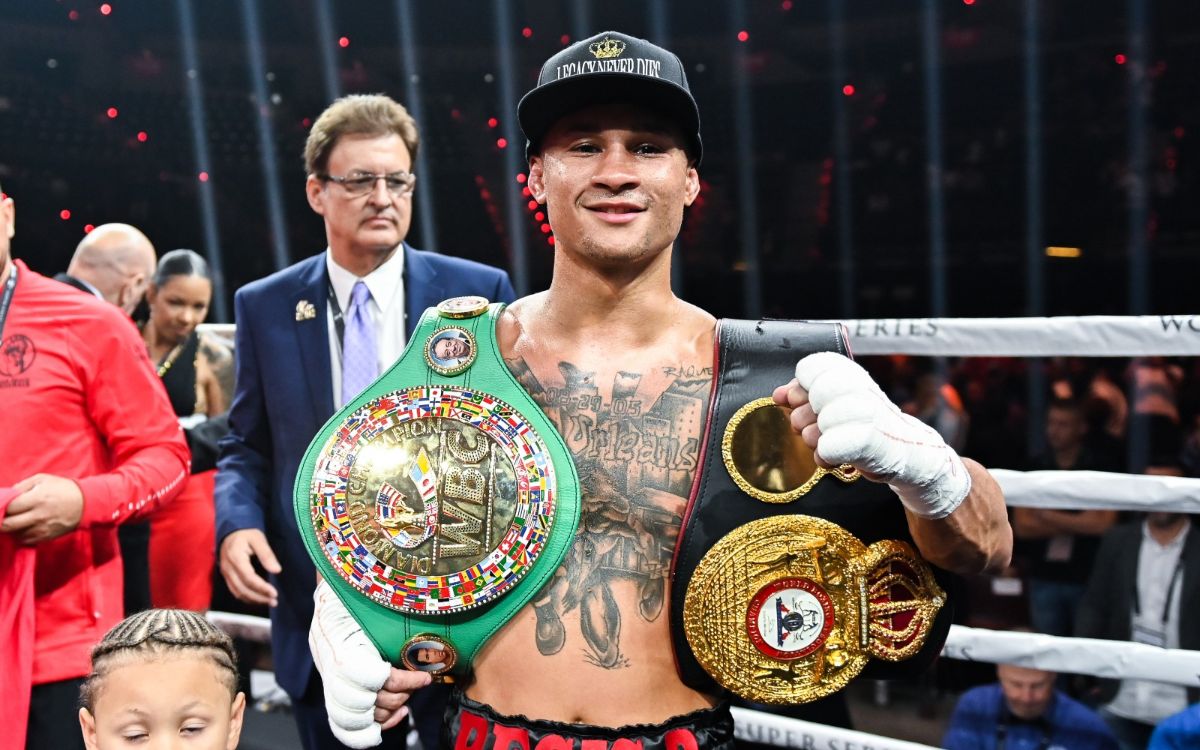 The vacant Ring 140-pound championship is confirmed to be on the line when Regis Prograis and Josh Taylor meet in the WBSS Super-Lightweight Final for the Ali Trophy, the Greatest Prize in Boxing.

“The Ring 140-pound championship being at stake in this fight was a no-brainer,” said Tom Gray, Associate Editor and member of The Ring ratings panel.  “It’s No. 1 versus No. 2 in The Ring rankings. It’s unbeaten champion versus unbeaten champion. It’s the best of the best.”

The legendary boxing magazine has awarded world championships within each weight class from its foundation in 1922.

“To be a Ring champion, that’s so big,” said WBA champ Prograis. “You get the Ring, you get the other belts and you get the Ali Trophy. That’s just, like, serious. People retire on the back of that sort of stuff, it’s history and legacy and that’s what I’m all about. I can’t wait for the final.”

Prograis booked his place in the final when he stopped WBA World champion Kiryl Relikh in the sixth round on April 26 in Lafayette, LA., USA.

Taylor defeated IBF World champion Ivan Baranchyk by a 12 round unanimous decision to advance last Saturday night in Glasgow, Scotland. The scores were 115-111, 117-109 and 115-111 after an action-packed semi-final where Taylor dropped the Belarusian twice in round six on his way to the win.

“The Ring belt definitely adds even more prestige to the final,” said Taylor, the IBF titleholder. “We are both winners, we have that mentality and we are both confident of winning everything at stake. But I just know I will lift the Ali Trophy and prove I’m the best in the division.”

The Super-Lightweight Final of the World Boxing Super Series, between the tournament No. 1 seed Prograis and 2 seed Taylor, will take place in the fall. Tournament organiser, Comosa AG, will announce date and venue in due course.

The WBSS returns on June 15 with a sensational doubleheader at the Arena Riga in Riga, Latvia: Mairis Briedis vs Krzysztof Glowacki and Yunier Dorticos vs Andrew Tabiti for spots in the cruiserweight final.

Tickets for the hotly-anticipated semi-final in Riga are on sale from: bilesuserviss.lv