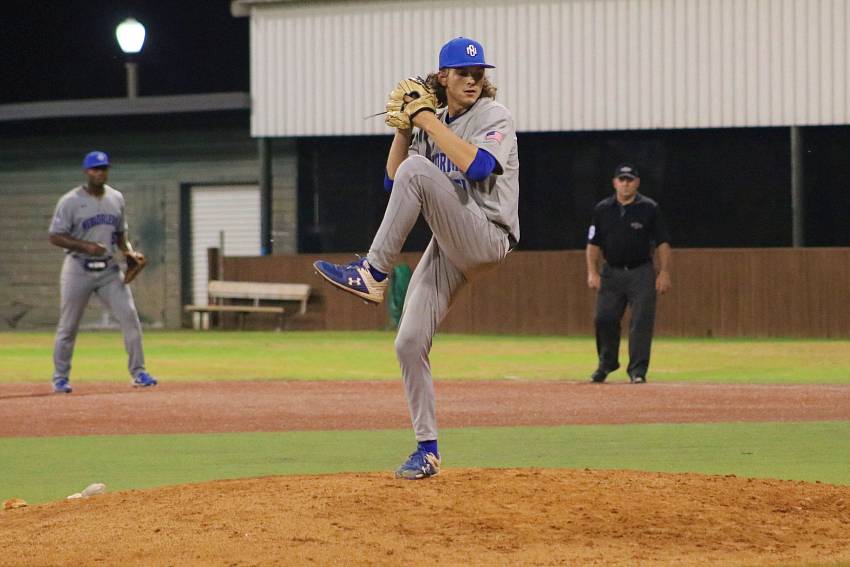 NATCHITOCHES, La – Jack Williams shut down the Northwestern State offense and the New Orleans Privateers battled through a sluggish start to defeat the Demons 6-4 in the series opener on Thursday night at Brown-Stroud Field.

DECISIONS
Williams picked up his sixth win of the season after he did not allow a hit over the final 3.2 innings. The lone baserunner for the Demons was via an error. Gus Collins (3-1) absorbed the loss after allowing two runs (one earned) in 2.2 innings.

FINAL | Found a way to get it done!

Privateers with the win 6-4!

HOW IT HAPPENED
New Orleans grabbed their first lead of the game off two solo homers from Miguel Useche and Jeissy De la Cruz in the sixth inning to make the score 3-2. However, the Demons flipped the script as they scored two runs of their own.

And we lead! Jeissy De La Cruz with a solo homer!

Jake Haze singled back up the middle to drive in a run that tied the game. The Demons later went ahead on an RBI fielder’s choice from Gray Rowlett.

However, the decisive inning for New Orleans happened in the seventh. Issac Williams doubled to left center and was later brought home on the second hit of the night by Kasten Furr, who later turned on the jets to score from second on a wild pitch.

Turning on the jets! @kasten_furr scores the go-ahead run on a wild pitch!#NOLAsTeam ⚔️ pic.twitter.com/JrNhqrXo8H

Another run was added on by Amani Larry when he came home on a passed ball.

With the win, the Privateers hold sole possession of third place as they remain a game back of both McNeese and Southeastern with two games to play in the Southland Conference regular season.

INSIDE THE BOX
Pearce Howard picked up his 200th career RBI in the third inning and went 2-for-4. Furr extended his hitting streak to 14 games. Tyler LeBlanc threw 5.1 innings and struck out five on the night.

The Privateers outhit Northwestern State 10-7 on the evening.

Williams has 8.2 scoreless innings with just one hit allowed in two appearances against the Demons this year.

NEXT UP
The series continues with a 6:30 p.m. first pitch on Friday.