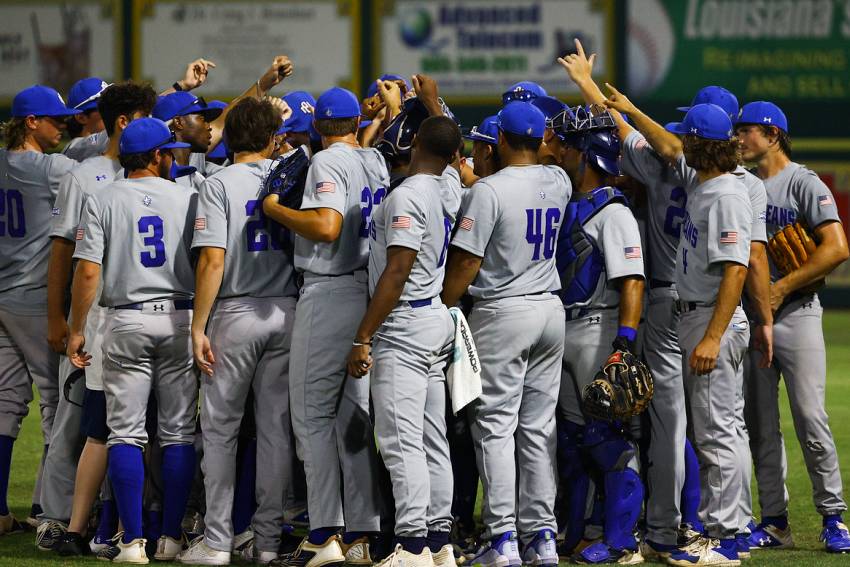 NEW ORLEANS – The New Orleans Privateers baseball schedule has been released for the 2023 season and it includes 25 home games, a road series at Texas, the annual battle for the Pelican Cup and eight Southland Conference series.

Starting in February, the Privateers will head to Atlanta for their first ever meetings against the Kennesaw State Owls beginning on Feb. 17. From there, the Privateers will play at Southern Miss before making their home debut in the Andre Dawson Classic starting on Feb. 24. Opponents for the tournament are yet to be announced.

Two consecutive home series await against Brown and Mississippi Valley State. In brief history against those two schools, the Privateers have not lost a game (combined 7-0) against either the Bears or the Delta Devils.

A trip to Austin for a weekend series against the Texas Longhorns is preceded by their lone contest against LSU in Baton Rouge on Mar. 14. The Privateers defeated LSU at home last season and last played Texas in 2018 where they went 1-2 against the nationally ranked Longhorns.

The Southland slate begins on Mar. 24 against Lamar in Beaumont. This season New Orleans will also travel to Texas A&M-Corpus Christi, McNeese and UIW. Their home series will be against Nicholls, Southeastern, HCU and Northwestern State.

Since there are an odd number of teams in the Southland (nine), the Privateers will have a non-conference series in the midst of Southland play. On the last weekend in April, New Orleans will travel to Little Rock.

New Orleans will also have non-conference midweek games against South Alabama, Jackson State and Southern during the season. It all leads up to the Southland Tournament which starts on May 24 in Lake Charles, La.