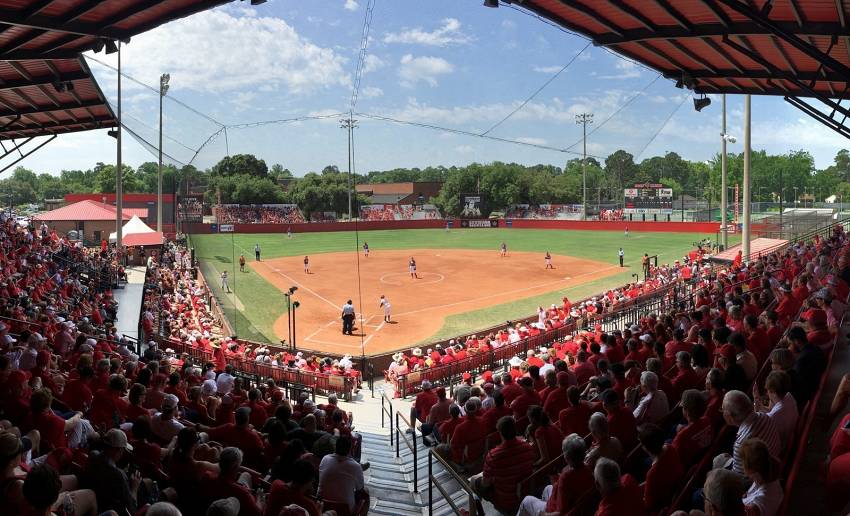 Softball America ranks the Ragin’ Cajuns at No. 22; USA Softball poll places team at No. 24

Louisiana (47-13, 23-4 SBC in 2022), the three-time defending Sun Belt Conference regular season and tournament champions, is ranked No. 22 by Softball America in its initial listing for the 2023 college softball season.

USA Softball was the third organization to award the Ragin’ Cajuns a preseason Top 25 ranking ahead of Year No. 6 with Gerry Glasco. Louisiana will start the upcoming season ranked at No. 24 in the ESPN.com/USA Softball Collegiate Top 25 poll.

The latest preseason rankings add to the No. 20 slot that Louisiana landed at in the D1Softball Top 25 Preseason poll which was released on Tuesday, Jan. 17.

For the 20th consecutive season, the Ragin’ Cajuns are preseason ranked in at least one poll published by a national media outlet. Louisiana has now appeared in every edition of both the ESPN.com/USA Softball (began in 2006) and Softball America (began in 2019) preseason polls.

The official season opener is set for Friday, Feb. 10 at 4:30 p.m., when the Ragin’ Cajuns begin play in the Louisiana Classics with a matchup against Lafayette College.

ABOUT LOUISIANA
As he heads into Year No. 6 guiding the Ragin’ Cajuns, Gerry Glasco aims to continue molding his influx of young talent – the bulk from the No. 1 recruiting class that debuted in Spring 2022 – into a strong and durable national postseason contender.

Last spring, Glasco directed and mentored a lineup that featured at most two upperclassmen and as many as five freshmen, and developed them into a championship and NCAA Tournament team. Despite the youthfulness, Louisiana advanced to Championship Sunday of the NCAA Clemson Regional.

Fast forward to now, and the youthful Ragin’ Cajuns group is a year wiser and still has many other veteran pieces in place to form a dangerous combination.

FAN DAY SET FOR JANUARY 28
The Louisiana Ragin’ Cajuns Softball team is scheduled to host their Fan Day event on Saturday, January 28 from 12:00-4:00 p.m. at Yvette Girouard Field at Lamson Park. Entry to the event is free of charge for all and open to the public.

Beginning at 12:00 p.m., there will be an autograph session with members of the Ragin’ Cajuns squad on the lower level concourse of the main grandstand area. Fans will also have a chance to pick up a free copy of the 2023 season poster.

Fans will have a chance to get a preview of the 2023 team, and watch them compete, during an intersquad scrimmage scheduled to begin at 1:30 p.m.