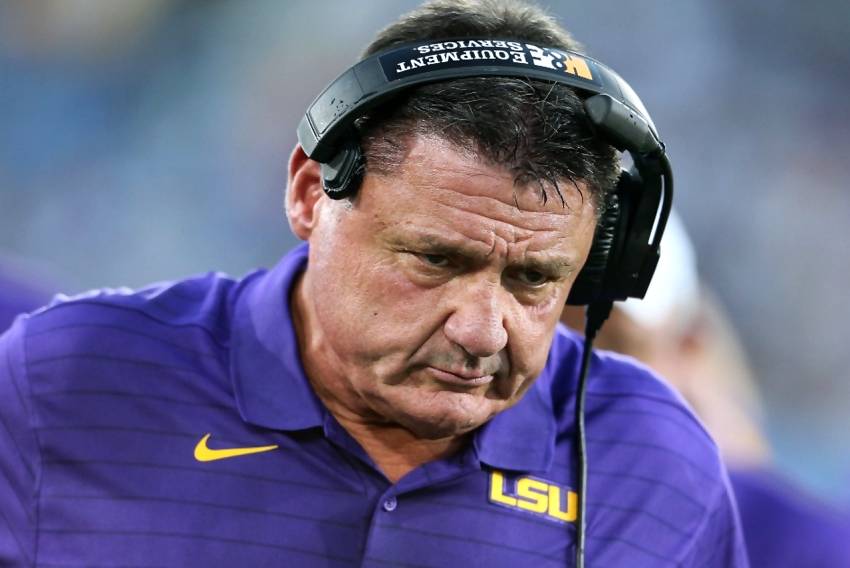 The LSU offensive line is getting skewered this week.

“There were times where we didn’t know what to do,” said Ingram.

Ingram is matter of fact and honest. Always.

The offensive line didn’t get the job done, but quarterback Max Johnson and tailback Ty-Davis Price have to share in the blame.

Davis-Price didn’t have much running room but, on more than one occasion, he went to the wrong hole when the play was blocked correctly.

Johnson made plenty of mistakes. He threw inaccurately on some passes. At times, he bailed out of the pocket when the pocket was still very much intact.

When he felt pressure, he often backed up. Not good.

Many Tiger fans, and perhaps coaches, didn’t expect that from Johnson, who played the role of cool customer in leading LSU to late 2020 wins at Florida and in the finale against Ole Miss.

But this is the first time that Max Johnson is the man, the entrenched starter.

When you are given that role in the SEC, you also have to accept the pressure and the responsibility. Maybe too much was expected of Johnson, who just turned 20 years old in July.

When Joe Burrow made his first start for LSU, he was three months shy of 22nd birthday.

That’ not an excuse, just a fact.

LSU is going to have be loads better to win big games in the Southeastern Conference.

Is UCLA as good as Auburn, or Texas A&M or Florida?

The answer is probably not.

Ed Orgeron said this week that his young coordinators have to coach better and they will.

Think back to 2019, when Orgeron had a ton of experience at those spots with Steve Ensminger running the offense and Dave Aranda the defense.

In the minutes after LSU’s championship game win over Clemson, a reporter interviewed Aranda on the floor of the Superdome. He said, in the second half, LSU dialed back the number of defenses, simplified things and just played football.

Aranda, who loves complex schemes, was smart enough and experienced enough to make a key halftime adjustment. He got out of the way. Not many coaches, who have FBS-sized egos, would have done such a thing.

Early in the third quarter of that game, Clemson drove on a short field, scored a touchdown and added a two-point conversion.

So, it is on to McNeese and then Central Michigan.

Two chances to improve before a trip to Starkville to take on Mississippi State.

The Bulldogs don’t look like great shakes, but neither do the Tigers.

LSU fans can’t be thrilled with anything resembling equal side-by-side comparison with the Bulldogs.

That is not how they roll in Baton Rouge.