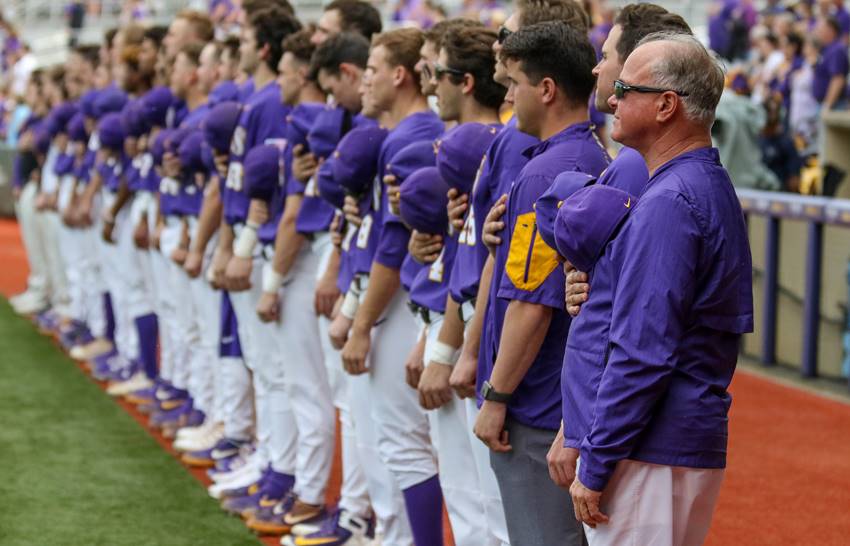 This weekend, Division I teams across the country open play, and when you’re in a warm-weather and baseball-crazed area like Louisiana, it’s usually at home.

LSU, unusually finding itself out of most top 10s in the preseason, welcomes Indiana to Alex Box Stadium Friday and Saturday with a change in schedule that created a doubleheader to wrap up the series by moving the finale up from Sunday.

Tulane, looking to get back to the NCAA Tournament for the first time under fourth-year coach Travis Jewett, entertains Florida Gulf Coast.

The University of New Orleans joins six HBCUs in the annual Andre Dawson Classic at both Maestri Field and the Urban Youth Academy at Wesley Barrow Stadium. The Privateers’ Saturday night game against Grambling at Barrow will be televised nationally by MLB Network.

Outside of Division I, Loyola has already opened its season and is off to a good 7-2 start. Delgado joins the Division I schools in opening this weekend – they get a 24-hour jump by beginning Thursday night – with the annual “Rags” Scheuermann Invitational Tournament.

In terms of college baseball in our state, the focus this weekend likely falls on Lafayette, where the Louisiana Ragin’ Cajuns take the field for the first time since the untimely passing of longtime head coach Tony Robichaux last summer.

What figures to be an emotional ceremony will precede Friday’s opener against Southeastern Louisiana. Prior to Saturday afternoon’s game against Louisiana Tech, a statue of Robichaux – funded exclusively by his former players both for the Ragin’ Cajuns and McNeese – will be unveiled outside the ballpark.

Fans in the area who can’t make it to the games will have more opportunities than ever to follow their teams. UNO is broadcasting a selected schedule for the first time in several years on NASH ICON 106.1 FM while Delgado will broadcast home games, beginning with Thursday’s opener, on Dolphin Radio 99.1 FM.

The start of a new season, in many ways, is symbolic.

For teams, there is hope – everyone is 0-0 with a full schedule ahead, trying to reach the goal of Omaha, Grand Junction or wherever a national champion is crowned.

For fans, there is hope too – besides watching their teams, the start of a baseball season symbolizes that another season named winter is almost over and springtime is nearly here.

And it’s even further symbolized by two words that will be bellowed by men in blue to start the season: Play ball!