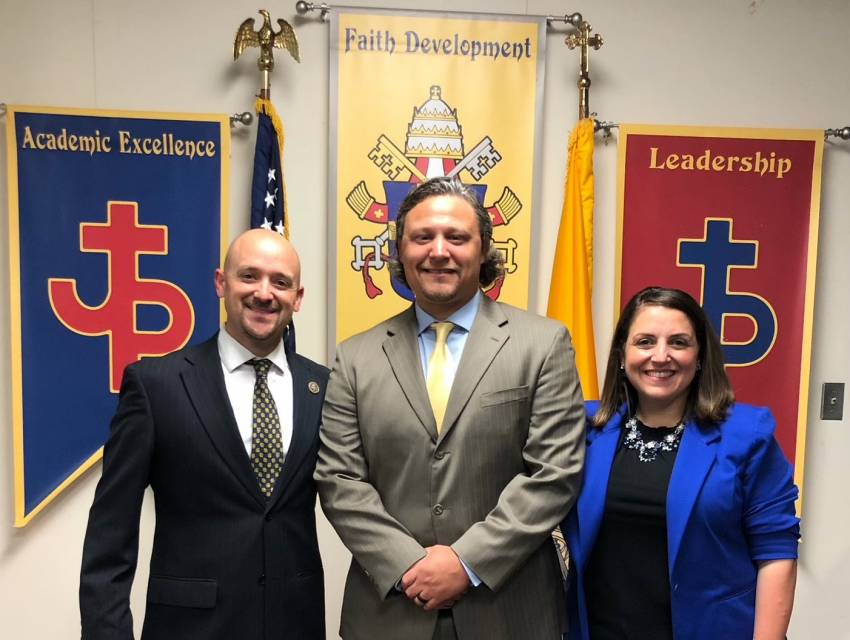 Pope John Paul II is happy to announce the hiring of alumnus Philip Pigott, Class of 2003, to lead to serve as our Head Football Coach.

Pigott possesses an extraordinary resume, one which we believe is closely aligned with our mission and puts our student-athletes in the best chance to be successful. We are looking forward to the future with great anticipation as Coach Pigott returns to his alma mater.

Philip Pigott was raised in Slidell and graduated from Pope John Paul II Catholic High School in 2003. During his time at Pope, Philip was a member of the football, baseball, soccer, and track teams. He went on to attend and play collegiate football for The United States Naval Academy Prep School and Mississippi College before later transferring to Louisiana State University.

At LSU, he played Outside Linebacker and Running Back. Pigott was a member of the 2007 National Championship Football Team. He graduated from LSU in 2008 earning a Bachelors of Arts degree and began his coaching and teaching career at Brother Martin High School in New Orleans.

From there, Philip went on to earn his Masters of Science from Northwestern State University in Natchitoches, Louisiana. At NSU, he was a graduate assistant for two seasons charged with working with the Linebackers. His collegiate coaching career accelerated from there, leading he and his family to D1-FCS Charleston Southern University in Charleston, South Carolina to serve as the Safeties Coach. After finishing his first season at CSU with the No. 3 pass Defense in the country, Philip was given the opportunity to coach the Safeties at Wofford College in Spartanburg, South Carolina.

In 2015, Pigott elected to return to his high school roots. He accepted the Defensive Coordinator position at Petal High School in Petal, Mississippi and led them to the State Championship in just his first season.

After three successful seasons with Petal, Pigott was given the opportunity to be a Head Coach on the Mississippi Gulf Coast. He served as Head Football Coach at Class 5A Long Beach High School for two seasons and most recently has served as the Defensive Coordinator for 6A Biloxi High School. In his lone season at Biloxi, Pigott coached one of the best defensive units in school history which registered three shutout victories in a single season.

Philip has been married to his wife, Jessica since 2009. Together they have one daughter, Blythe who is 4.