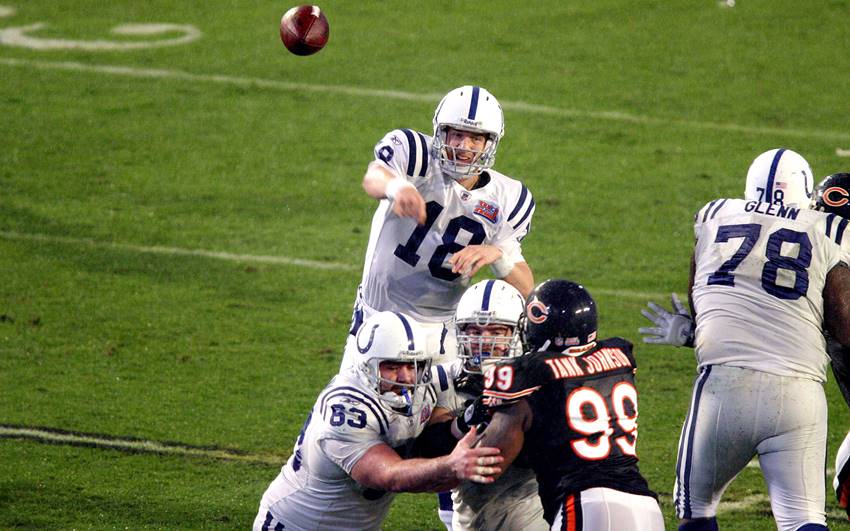 The semifinalists for the Pro Football Hall of Fame in 2021 have a definite, dominant New Orleans flavor.

Manning is one of four first-year eligible players and is a lock to earn induction in his first opportunity.

A two-time Super Bowl champion and five-time NFL Most Valuable Player, Manning was a seven-time first team All-Pro and made the Pro Bowl 14 times in his 18-year career with the Indianapolis Colts and Denver Broncos, winning one Super with each franchise.

A Super Bowl champion (Super Bowl XLI), Wayne was a first-team All-Pro (2010) and reached the Pro Bowl six times. Wayne is tenth all-time in NFL history in receptions (1,070)  and in reception yards (14,345). Wayne holds the franchise for most games played in Colts history.

Born in New Orleans, Faneca moved to Texas, where he went to high school before playing at LSU. Faneca played 13 seasons in the NFL with Pittsburgh, the Jets and Arizona. Faneca was part of a Super Bowl champion with the Steelers (Super Bowl XL), earned first team All-Pro honors six times and made the Pro Bowl nine times.

After starring in the USFL, Mills came to the Saints in 1986, playing nine seasons as part of the first winning team and playoff team in franchise history. Mills was part of the famed “Dome Patrol,” voted the best linebacker corps in NFL history by NFL Network. Mills was named first team All-Pro in 1996 in Carolina and made five Pro Bowls in his 12 NFL seasons.

The list also includes four players – Eric Allen, Willie Anderson, Cornelius Bennett and Rodney Harrison – who are Semifinalists for the first time although previously eligible for the Hall of Fame. All other players on the 2021 list have been a Semifinalist at least one other time.

The year-round Selection Process aligns with the Pro Football Hall of Fame’s important Mission to “Honor the Heroes of the Game, Preserve its History, Promote its Values and Celebrate Excellence EVERYWHERE.”

To be considered for election to the Pro Football Hall of Fame, a nominated individual must not have participated as an active player for five consecutive seasons.

CLASS OF 2021 MODERN-ERA PLAYER SEMIFINALISTS
The following is the list of 2021 Modern-Era Semifinalists, including their positions, years and teams. Also listed are the number of times and years the candidate has been named a semifinalist since this reduction vote was added to the Bylaws for the Selection Committee in 2004.

The Class of 2021 will be determined and announced during the week leading up to Super Bowl LV in Tampa, Fla. While there is no set number for any class of enshrinees, the Bylaws for the Selection Committee provide that between four and eight new members will be selected.

The Coach Finalist, Contributor Finalist and Senior Finalist are voted “yes” or “no” for election at the annual selection meeting and must receive at least 80% support from the Committee to be elected. The Modern-Era Finalists will be trimmed during the meeting from 15 to 10, then from 10 to five. The remaining five finalists will be voted on individually, “yes” or “no,” and must receive the same 80% positive vote as the Coach, Contributor and Senior Finalists to earn election to the Pro Football Hall of Fame.

The Pro Football Hall of Fame’s Class of 2021 will be enshrined Sunday, Aug. 8, 2021 in Canton as part of the 2021 Enshrinement Week Powered by Johnson Controls. Other events during the week of festivities will include the rescheduled Hall of Fame Game between the Pittsburgh Steelers and Dallas Cowboys on Aug. 5, the Gold Jacket Dinner on Aug. 6 and the Centennial Class of 2020 Enshrinement on Aug. 7. For more information, visit https://www.profootballhof.com/enshrinement/.

FAN VOTE
The annual Pro Football Hall of Fame Fan Vote presented by Ford continues since its launch in September. Fans can vote as many times as they wish at www.profootballhof.com/fanvote to predict the five Modern-Era players who will be elected to the Hall of Fame as part of the Class of 2021.

Fans who vote automatically become eligible for several sweepstakes prizes, including a Grand Prize trip for two (2) to the 2021 Enshrinement Week Powered by Johnson Controls in Canton.

This marks the 11th consecutive year that Ford, the Official Automobile of the Pro Football Hall of Fame, has invited fans to predict the outcome of the annual Hall of Fame class. More than 25 million votes have been cast in the past decade.

2021 ENSHRINEMENT WEEK POWERED BY JOHNSON CONTROLS PACKAGES
Official Ticket Packages for the 2021 Pro Football Hall of Fame Enshrinement Week Powered by Johnson Controls are on sale now from Hall of Fame Experiences. Head to www.HOFExperiences.com to secure your spot in seeing the Class of 2021 enshrined. Ticket packages also can be found by calling 844-751-0532. Packages range from single-day offerings to four-day experiences that include premium seating, VIP access and exclusive parties and more.