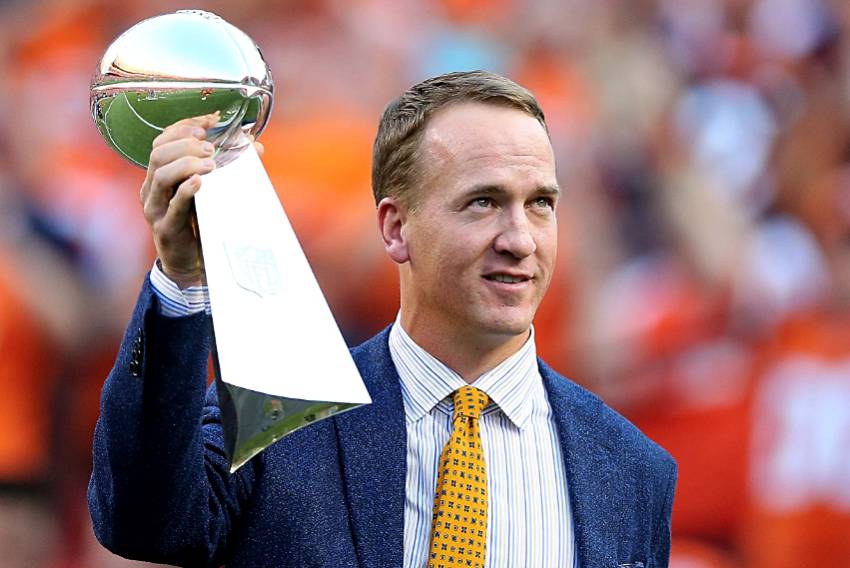 It came as no surprise. Peyton Manning, one of football’s greatest quarterbacks ever, is officially set to be enshrined in Canton.

The New Orleans native was elected to the Pro Football Hall of Fame in his first year of eligibility as expected. The Class of 2021 was announced Saturday night at the NFL Honors event on the eve of Super Bowl LV.

The unsurprising news was conveyed to Manning in a fun and surprising way:

Peyton Manning thought he was just filming a new promo for Peyton’s Places.

His former coaches had another idea.

Manning provides a further sense of pride for the Crescent City as another native son honored at the highest level of his profession.

FIRST LOOK: The Pro Football Hall of Fame Class of 2021!

Manning, 44, continues to rack up post-career accolades. A member of the Louisiana Sports Hall of Fame, Tennessee Sports Hall of Fame and College Football Hall of Fame, he won a pair of Super Bowls during his stellar NFL career that spanned 17 seasons with the Indianapolis Colts and Denver Broncos. A graduate of Isidore Newman in New Orleans, Manning is part of what many call the first family of football along with a pair of former NFL quarterbacks, his father Archie and brother Eli.

Additionally, he led the Colts and Broncos each to another Super Bowl, falling on both occasions, once to his hometown New Orleans Saints in 2010. Manning is the only quarterback to have multiple appearances and to win the Super Bowl with more than one franchise.

Manning was the NFL Most Valuable Player five times, including four with the Colts. Manning threw 539 touchdown passes.

I first encountered Peyton when he was at Newman in the early 1990’s.

In his three seasons with the Greenies, Manning guided Newman to a 34-5 record and took his team to the state semifinals from 1991-93. I was blessed to call a couple of his games for Cox Cable Television and a few of those replays occasionally make their way into the rotation of replays these days on Cox Sports Television.

In 1994, Manning started at Tennessee, breaking the hearts of Ole Miss fans who worshiped the ground his father, Archie, walked on.

Manning played four seasons with the Volunteers, electing to return for his senior season in 1997, despite knowing he would be a very high, if not the top overall draft pick in the NFL Draft that year.

A bronze statue of Manning stands outside of Lucas Oil Stadium in Indianapolis. He is also in the Colts Ring of Honor.

In watching Peyton play, I always marveled at his intelligence, some of which was God-given but much of it was through relentless preparation. He almost always seemed to know what was coming from an opposing defense.

I was able to work a few traveling camps with Peyton, his brothers Eli and Cooper, and the patriarch, Archie Manning.

Archie deserved the fate that Peyton met in the NFL.

I could never get past that when watching Peyton play.

Dad never had the organization or supporting cast that Peyton had.

I was blessed to become good friends with Archie, a good man.

Aside from working a few camps with he and the family, it was a blessing to do a radio show with Archie for 12 years and to work New Orleans Saints broadcasts with him.

When working the Saints broadcasts in 1998, the first year Archie was not part of the broadcasts, the Saints started the season 2-0 before an early season bye under Mike Ditka.

Then came the third game of the season, at Indianapolis against the Colts.

Manning was a rookie.

The Saints won 19-13 in overtime to move to 3-0, the high water mark of the Ditka regime in New Orleans.

The Manning era in Indianapolis was just beginning.

Archie was watching at the RCA Dome, pulling for the other side.

Peyton was just learning the NFL game with a below average team that needed to mature, as he did.

Trailing 13-6, the Saints tied the game with just 46 seconds left in regulation on a 15-yard touchdown pass from Danny Wuerffel to Andre Hastings.

In overtime, Tyrone Drakeford came up with a huge interception of Manning and Wuerffel sealed the victory with a 33-yard touchdown pass to Cam Cleeland.

Manning showed the promise that would make him an all-time great, passing for 309 yards and a touchdown but he was intercepted three times and he was sacked four times.

Chad Cota, Drakeford and Rob Kelly each had an interception for the Saints and Lamar Smith rushed for 157 yards for New Orleans.

In college, Wuerffel always got the best of Manning as Florida simply owned Tennessee.

That trend continued for one game on the professional level.

Wuerffel lasted just three seasons with the Saints and would never come close to the success he had on the college level as a Heisman Trophy winner and national champion.

Manning, who was basically robbed of a Heisman Trophy in his senior season, became one of the greatest quarterbacks in NFL history.

Peyton Manning was great at every level of play.

One day down the road, his brother Eli will likely join him in the shrine in Canton, though that may take a little longer to occur.

Archie will never realize that honor, though it was a pleasure to induct him into the Saints Hall of Fame and the Saints organization recognized Manning by putting him in their Ring of Honor.

While we wait for Reggie Wayne to get his just due in the near future, let us celebrate the latest great from New Orleans to receive his just due.