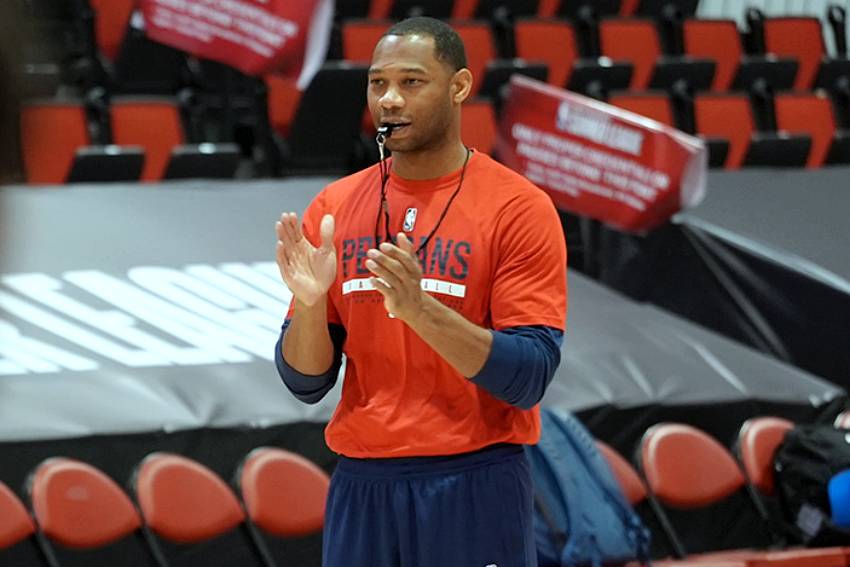 Call me half crazy, but this summer I give the New Orleans Pelicans nothing but a big thumbs up.

Let us count the ways.

The Pelicans have aced, yes aced, their player acquisitions.

New Orleans did not overpay Lonzo Ball. Instead, they will let Chicago jump on the hook for $85 million over the next four years.

Will Ball, 23 years old, turn into a star? Maybe so but at that price, let the Bulls find out.

New Orleans acquired guard Devonte Graham who, by the way, has almost identical numbers to Ball, for $38 million less.

The Pelicans also did not land guard Kyle Lowry, who in free agency went to Miami in a sign-and-trade deal that will pay him $90 million over the next three seasons.

Lowry will turn 36 next March, and New Orleans offered him more than Miami did.

It cost the Pelicans the 10th pick in the draft, but it was worth it to unload the contracts of Steven Adams and Eric Bledsoe, who will earn a combined $35 million this season.

In the deal that sent Adams and Bledsoe to Memphis, the Pelicans acquired veteran center Jonas Valanciunus, a perfect compliment to Zion Williamson and Brandon Ingram. He can face the basket and shoot from deep, he can rebound and he can pass.

Murphy is exactly with the Pelicans needed. He can contribute right away as a consistent threat beyond the arc who can defend. Plus, he is cost controlled.

His four-year rookie deal is worth a little less than $15 million.

The trading of Ball should open up more time for Nickeil-Alexander Walker, who averaged 17 points a game over the final eight games of last season. The same is true for point guard Kira Lewis, who scored 22 points in a summer league win over Cleveland.

In the second round, the Pelicans selected Herb Jones, the SEC Player of the Year. He guards multiple positions at a high level and is a stat sheet stuffer who does all the little things. In a win over Cleveland in Las Vegas, Jones had eight points, five rebounds, a block and three steals in just 18 minutes.

At pick 35 in the draft, he looks like a real find.

The Pelicans officially announced his hire one day before Green celebrated his 40th birthday.

Green has been an assistant on three NBA Finals teams including this past season in Phoenix.

Will he be an outstanding head coach? Who knows?

What we do know is that he’s a coach who can grow with a young roster.

Green understands New Orleans, and more importantly, as a player, he was exactly what the Pelicans needs to recruit. As a 12-year pro, he played hard consistently no matter where he was employed.

New Orleans will never be a destination NBA city. As a result, the Pelicans front office will have to draft well, trade smartly, stay away from risky and bloated contracts and add veteran glue guys like Willie Green was. You know, the player who has been bounced around the league but will come here with a great attitude and great price tag, just to prove he can play at a high level.

Being a decision maker on a small market NBA team can be one of the toughest duties in sports. In the case of New Orleans, the out-of-town media is always talking about the team relocating and its current star Zion Williamson eventually looking to play elsewhere.

It was the same narrative with Baron Davis, Chris Paul, and Anthony Davis.

Maybe the Pelicans can convince Zion to stay. The best way to do that is to surround him with a young and talented roster that wins.

Assembling that roster is not easy, but this summer the Pelicans have made, if you ask me, substantial progress.