Pelicans’ possibilities less complicated, but not by much 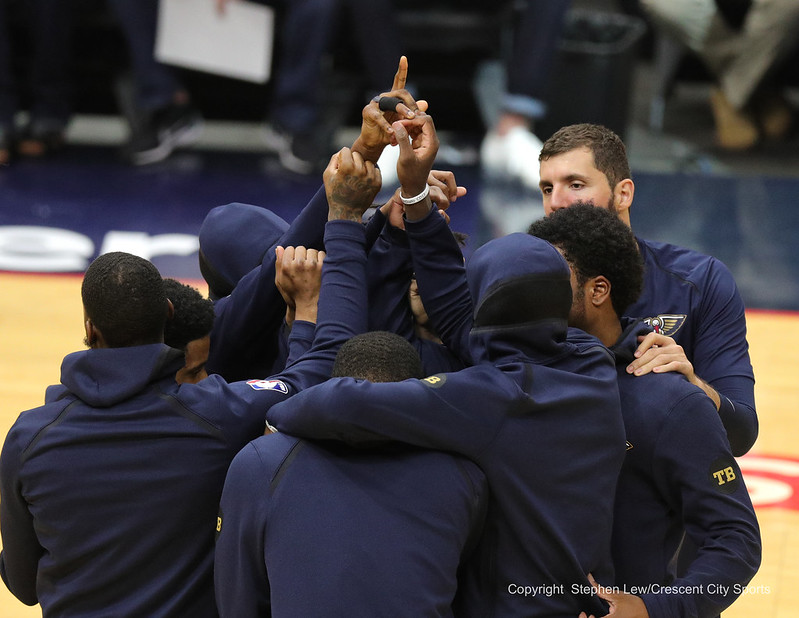 NEW ORLEANS — The Pelicans’ regular season is down to a precious seven games.

Depending on how things play out, they could finish in any of eight spots in the Western Conference — No. 3-No. 10.

But the realistic possibilities are becoming less complicated.

In a 107-103 loss to Portland on Tuesday night in the Smoothie King Center, New Orleans’ chances of finishing third were greatly reduced. The Trail Blazers moved 3.5 games ahead of the Pelicans and evened the season series at two games each.

A New Orleans win would have pulled it within 1.5 games and given it the tie-breaker.

Given that Portland has won 15 of its last 17 games, it’s not likely to squander the cushion it has over the Pelicans.

But that’s OK for New Orleans, which can still claim home-court advantage in the first round of the playoffs by finishing fourth. It’s just a game behind Oklahoma City for that spot, hosts the Thunder on Sunday and holds the head-to-head tie-breaker regardless of Sunday’s outcome.

The Pelicans hope the floor for them is the eighth and final playoff position. Certainly they would be better off finishing higher than that even if they don’t get home-court advantage in the first round, but grabbing a playoff spot — any playoff spot — is the first goal.

New Orleans got some help Tuesday night as Washington beat San Antonio, leaving the Pelicans and Spurs tied for fifth place. Additionally, Toronto knocked off Denver, allowing the Pelicans to maintain a three-game lead over the ninth-place Nuggets, though it’s a de facto two-game lead because Denver holds the head-to-head tie-breaker.

Hold off the Nuggets and Clippers (three games back going into their home game against Milwaukee late Tuesday night with the tie-breaker undetermined) to get into the playoffs.

Then finally, finish ahead of the Spurs, whom the Pelicans host in the regular-season finale, holding a 2-1 edge in the series, and the Thunder.

New Orleans has lost its last two games, having been beaten at Houston last Saturday, as it prepares to face another elite team when it visits Cleveland on Friday.

After the Easter Sunday game against Oklahoma City, things presumably get a little easier with a visit from Memphis and a visit to Phoenix, games against the two worst teams in the West.

The game against the Suns starts a three-game West Coast trip, the first multiple-game road trip in nearly a month. The rest of that trip features a visit to defending champion Golden State, which will be without Steph Curry and perhaps other injured starters and almost certainly locked into the No. 2 seed, and the Clippers, who could be lottery-bound by then.

Then the regular-season ends with the Spurs visit April 11.

Looking down, the goal is to lock up a spot ahead of both the Nuggets and Clippers as soon as possible.

Looking up, the goal is to pass the Thunder.

Looking around, it’s to finish ahead of the Spurs, Timberwolves and Jazz.

Plenty can still happen with just seven of 82 games to be played.