When you cannot get the ball in bounds when it matters most, you do not deserve to win.

For the Pelicans, it was an outstanding effort against the Los Angeles Lakers Wednesday night. It was truly a shame to lose but that will happen when your best player scores four points in second half and your leading scorer shoots 4-of-21 from the field and your best shooter misses an open look in the clutch.

The Lakers came in with the best record in the NBA at 15-2 and sporting an 8-game win streak.

The Pelicans were still without Zion Williamson, along with Derrick Favors and Lonzo Ball.

Jrue Holiday had 15 points in the opening quarter, including sinking all three attempts from 3-point range. He added five assists and two steals. Anthony Davis had 14 points in the quarter on 5-of-11 shooting from the field. New Orleans led 38-25 after one quarter.

Los Angeles concentrated its defensive effort on Holiday in the third quarter and held him to just two points. Still, New Orleans maintained its 10-point halftime lead after three quarters at 89-79.

The Lakers scored the first six points of the fourth quarter and just 1:41 into the quarter, Alvin Gentry re-inserted Holilday and JJ Redick into the game.

It did not matter. The run continued as Kyle Kuzma made it a 9-0 run with a 3-pointer before Josh Hart finally stopped the bleeding by making a pair of free throws to make it 91-88 with 8:51 to play in the game.

Davis re-entered the game and immediately dunked. The Lakers finally got the lead with 6:00 to play on a jumper by LeBron James to make it 97-95. James then hit a 3-pointer to go over 33,000 points for his career and the Lakers were up 100-95. James is just the fourth player in NBA history to eclipse 33,000 points, joining Kareem Abdul-Jabbar, Karl Malone and Kobe Bryant with that distinction.

Kuzma put the Lakers on top to stay with a dagger 3-pointer.

Davis then stole the inbound pass by Holiday to put the game away. He was fouled and hit both free throws to send Pelicans fans home unhappy as he finished with 41 points, a season high. He added nine rebounds.

Despite shooting terribly from the field (4-of-21), Ingram scored 20 or more points for the eighth straight time with 23 points. Holiday finished with 29 points, 12 assists and six rebounds. Redick ended up with 18 points.

It was a great night with a big, amped crowd, the home team playing in spirited fashion and a game that went down to the wire. All that was missing was a Pelicans win. When it mattered most, the Lakers outscored New Orleans 35-21 in the final quarter to steal the win.

Instead, it was a former Pelican ruining the night and sending his former team, a young team with a host of injuries, to 6-12 on the year.

Perhaps the Davis fiasco in New Orleans can be put to bed now. He played great while here. He handled his final year all wrong but ended up in the right place on the left coast for an elite team while leaving a team that at best, will be in the middle this year, likely lower as it builds for the future.

The Pelicans return to action Friday night at Oklahoma City. Davis and the Lakers will not return to Smoothie King Center until March 1. By then, Williamson is hopefully making his mark to help New Orleans fans move on and forget about Davis. 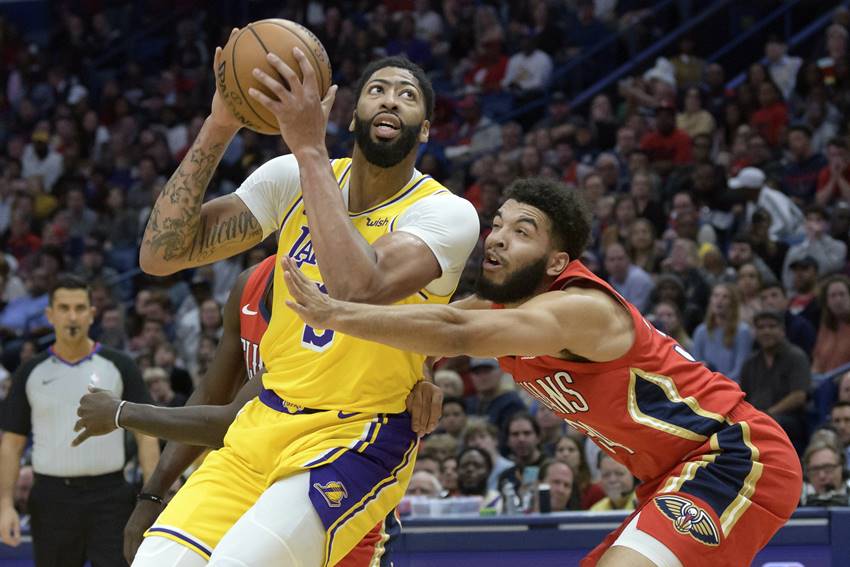