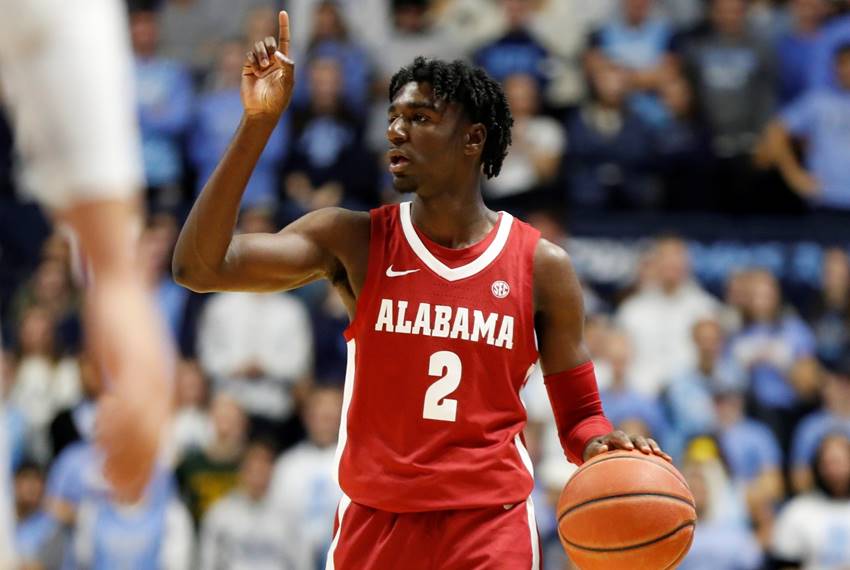 The 13th overall pick in the 2020 NBA Draft is a lead guard with pure speed who is very young with a chance to grow into a more dynamic player.

Recruited to Alabama by New Orleans native Avery Johnson, a man who knows point guard play, Lewis averaged 18.5 points per game a year ago along with 5.2 assists and 4.8 rebounds. Lewis is a decent shooter at 36.6 percent from 3-point range last season. He also shot 80 percent from the free throw line.

Watching a few games he played in and watching video on him, Lewis has an astonishingly quick first step, able to get by defenders immediately. He has a good cross-over move and gets to the basket with regularity, despite being just 6-foot-three. Lewis finishes most of his penetrations, as opposed to dishing it off, but frequently penetrated and found open 3-point shooters on the perimeter.

Defensively, Lewis is a good enough defender on the ball and he gets steals through anticipating well in passing lanes. Lewis plays hard and is a willing, good effort rebounder as well.

Lewis was electric in a win at Georgia and top overall draft pick Anthony Edwards. Lewis scored 37 points and had seven assists and five rebounds. Lewis also had 27 points in a home victory over LSU.

One concern is that he turned it over 3.5 times per game, a classic case of a guy playing very fast and getting a little out of control at times.

New Orleans passed on a pair of good shooting forwards in Aaron Nesmith and Saddiq Bey, each of whom could have spaced the floor for Zion Williamson.

Lewis is a pure point guard.

Previously, Stan Van Gundy have a vote of confidence with very positive comments about Lonzo Ball.

If Van Gundy likes ball that much, perhaps he envisions Ball being able to play off the ball eventually with Lewis running the show but not immediately.

In addition, the pick could be a hedge as Ball becomes a restricted free agent after next season.

What this means for Nickeil Alexander-Walker and Frank Jackson may be a different story.

While it is likely that New Orleans will not keep both Eric Bledsoe and George Hill, it is Hill that likely has the better chance to stay.

Bledsoe is small, could be a defensive liability and appears to perhaps be in a bit of decline.

As for Jackson, if Hill stays and you add Lewis, where does he fit in, if at all?

As for Alexander-Walker, where does he fit in, if at all?

You have Josh Hart. You have JJ Redick. There is Ball. You add Lewis and you may keep either Hill or Bledsoe, if not both.

While you are likely to not keep both, it is also more likely that either Alexander-Walker or Jackson will be gone in the near future.

For a team that plays fast, adding a fast, bordering on lightning fast player fits the scheme well. Now, we will sit back and see how soon he is able to assimilate to the NBA game.

New Orleans had acquired the rights to a second first round pick at No. 24 overall from Milwaukee in the trade that sent Jrue Holiday to the Bucks but the Pelicans traded it to the Denver Nuggets for a future pick. Point guard R.J. Hampton was taken at that spot.

In the second round, New Orleans had three selections but traded them all.

The Pelicans sent the 39th pick, shooting guard Elijah Hughes of Syracuse, to Utah for a 2022 second-round pick and shipped the 42nd pick, center Nick Richards of Kentucky, to Charlotte for a 2024 second rounder. New Orleans chose shooting guard Sam Merrill of Utah State with the 60th and final pick of the draft, but he will go to Milwaukee in a trade.