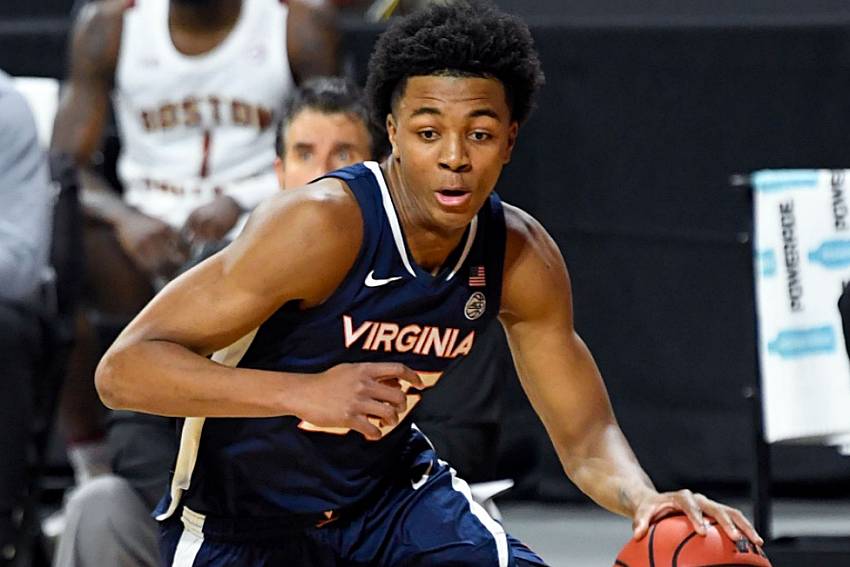 After moving down earlier in the week, the Pelicans acquired Virginia forward Trey Murphy III in the first round of the NBA Draft Thursday night.

New Orleans and Memphis made a trade Tuesday that has not yet become official, so the Grizzlies made the pick of Murphy at No. 17 that was conveyed to the Pelicans.

Murphy (6-foot-9, 205 pounds) was a career 40 percent shooter from three-point range and averaged 11 points per game in his three years in college – two at Rice and one at UVA. Last year in Charlottesville, he put together a 50-40-90 season, shooting 50.3 percent from the floor, 43.3 percent from long range and 92.7 percent on free throws.

Earlier in the first round, New Orleans made the No. 10 pick – Stanford forward Ziaire Williams – that will head to Memphis in the deal.

New Orleans went into the University of Alabama program for the second straight year by selecting Herb Jones with the No. 35 overall pick. Jones was the SEC player of the year and defensive player of the year and a third-team All-American, averaging 11.2 points and 6.6 rebounds per game in leading the Tide to the Sweet 16.

The Pelicans started the day with four second-round picks, but shipped the No. 43 pick to Portland for a 2026 second rounder plus cash considerations and sent both the No. 51 overall pick they received from Memphis in this week’s trade to the L.A. Clippers (per The Athletic’s Shams Charania) and No. 53 overall to Philadelphia for cash considerations.

Two other players with Louisiana ties were forecast to go in the first round, but only one did.

LSU’s Cameron Thomas, who led the SEC in scoring as a freshman, was chosen 27th overall by the Brooklyn Nets.

Baylor’s Jared Butler, the former Riverside Academy standout who was the most outstanding player of the Final Four, slipped out of Round 1 and was chosen 40th overall by the Utah Jazz – a pick that belonged to the Pelicans earlier this week before it was shipped off in the deal with Memphis, and eventually to Utah.