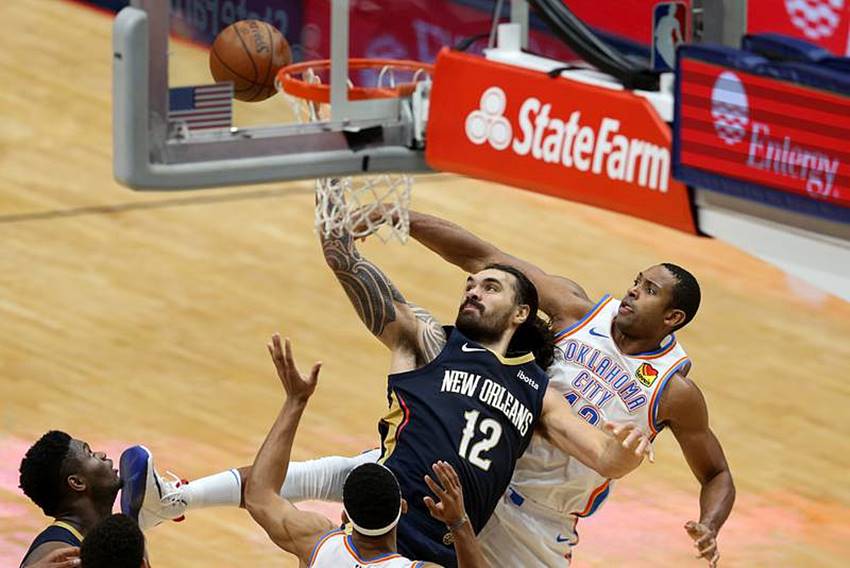 NEW ORLEANS – The New Orleans Pelicans started the New Year with an opportunity to establish themselves as a team headed in the right direction.

They had been haunted by slow to terrible starts in recent seasons, but this was different.

This was a fresh start with a new coach in Stan Van Gundy.

This was a team that won three of its first five games even though all but one was on the road.

It was the start of 2021 and the Pelicans had four straight home games in seven days, an opportunity to inch farther above .500.

Records don’t mean a whole lot this early in a season, but the competition clearly was in the Pelicans’ weight class.

The opportunity was there to demonstrate consistent growth, but it didn’t work out that way.

It was a bad week for the Pelicans, a bad start to 2021, a series of performances that served more as a reminder of the teams coached by Van Gundy’s predecessor, Alvin Gentry, than as evidence that the coaching change was a turning point in the franchise’s evolution.

It was just four games and we’re still just nine games into a 72-game season, so the 1-3 home-stand that concluded with a 118-110 loss to Charlotte on Friday is far from season-defining.

But it is concerning.

It’s concerning because a young, talented team that should be starting to emerge as a unit coalescing around the vision of a new head coach with a solid track record is instead dribbling in place.

The home-stand started pretty well. The Pelicans trailed the Raptors by two points with less than three minutes remaining and outscored them 9-3 to win 120-116. Brandon Ingram scored 31, Zion Williamson scored 21 and Eric Bledsoe and Steven Adams both had double-doubles.

But things went backward from there.

The Pelicans used a 23-7 run to lead the Pacers by 10 with a little more than two minutes remaining, but they didn’t score again in regulation. Malcolm Brogdon’s 12-foot floater broke a tie with 3.6 seconds left in overtime and the Pelicans lost 118-116.

“The book is out on us,” Van Gundy said. “Run us because we will not run back. We’re not making the effort. … We’re not putting the effort in that’s needed to be the defensive team we need to be.”

It’s difficult to determine which is more worrisome – the fact that the league already has a book on how to beat the Pelicans or the fact that the book says take advantage of the players’ unwillingness to put forth adequate effort.

Things didn’t get any better Friday night even though the Pelicans led by as many as 18 points before losing to the Hornets.

“I thought we were really good in the first eight minutes,” Van Gundy said, “and after that, really the last forty minutes of the game it was all them.”

The Pelicans clearly have not established an identity. Van Gundy wants it to be that of a defense-first group, but that hasn’t happened.

“Defensively,” Van Gundy said, “I think from a coaching standpoint, we really have to go back and look at some things because right now we’re giving up everything. Our defensive drop-off from the time coming out of training camp has been very noticeable. I thought we came out of camp with a real defensive mentality. We still made mistakes, but we came out with a defensive mentality.

The Pelicans head to Dallas on Monday to begin a seven-game road trip.

“We’ve got a long road trip,” guard Josh Hart said. “We’ve gotta fix it now so we can stop the bleeding.”